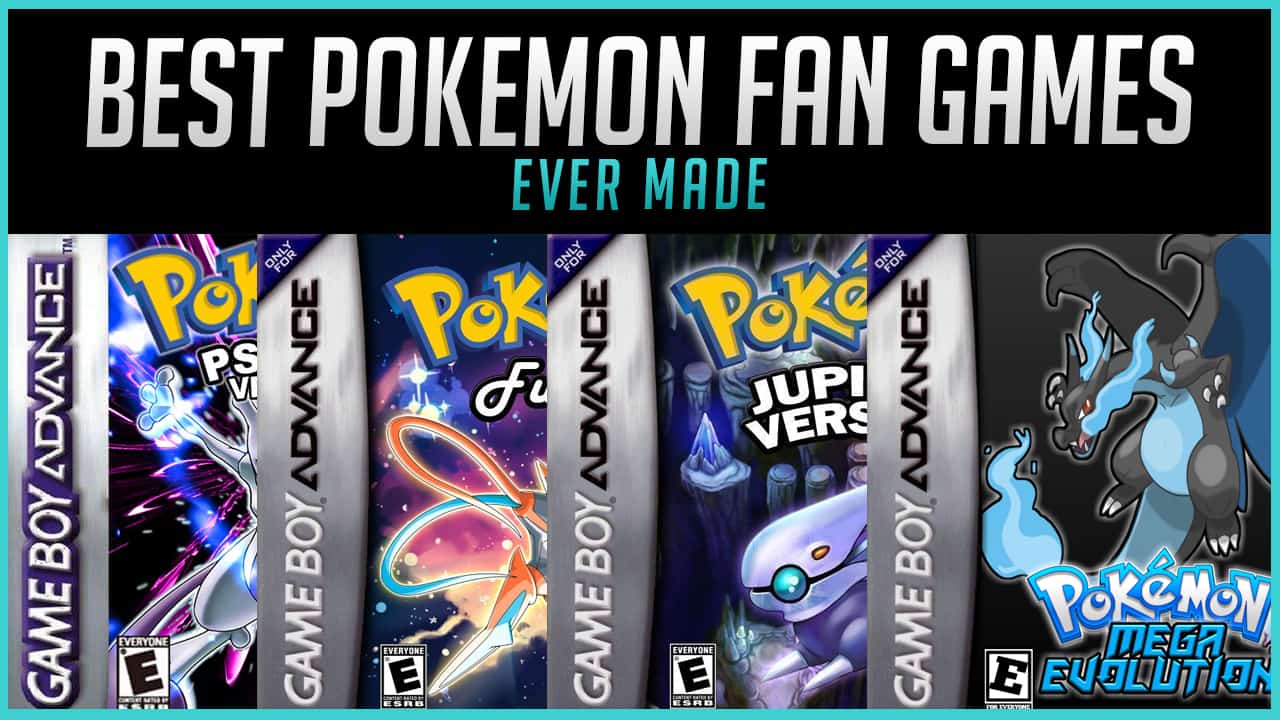 Which are the best Pokemon fan games ever created?

There’s no denying that Pokémon games are some of the best selling video games of all time, but unfortunately, we normally have to wait a while before the next official release.

So, trust us on this, these really are 10 of the best Pokémon fan games ever made!

The 10 Best Pokémon Fan Games Ever Made

The list of Pokémon fan games and figures mentioned below have been compiled from various sources around the web, such as Higher Ground Gaming, Tech Hurry & Make Use Of.

These are the 10 best Pokémon fan games ever made: 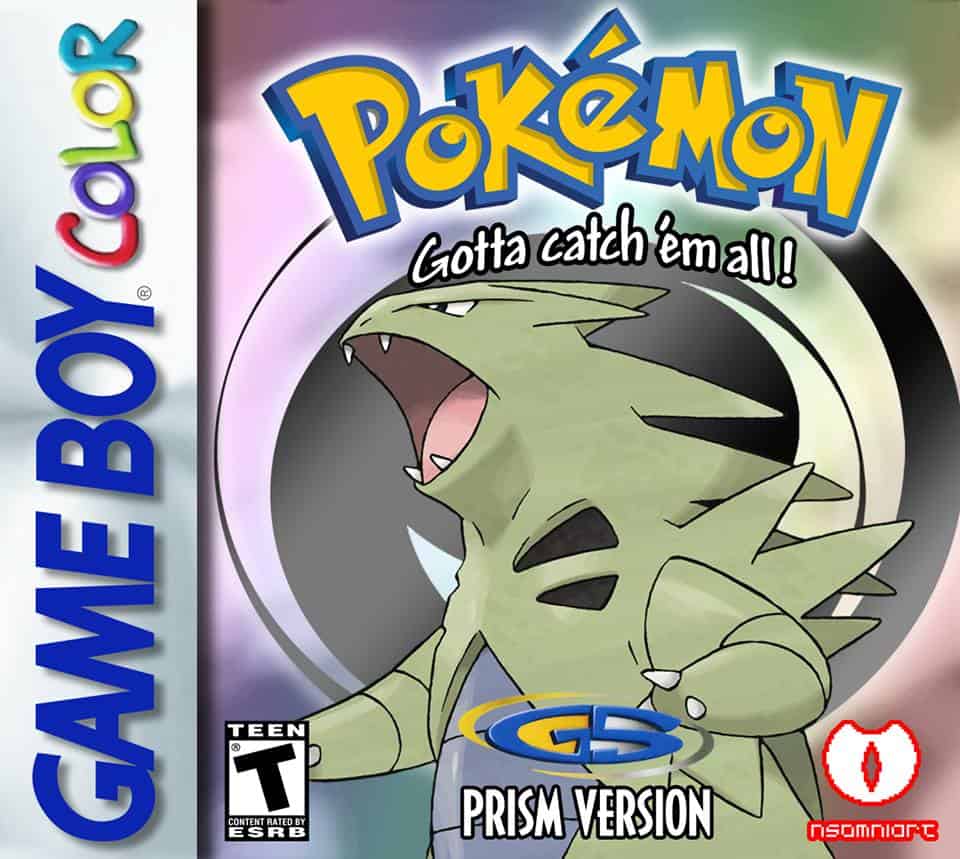 Kicking off the list of the best Pokémon fan games ever made is Pokémon Prism.

Prism is essentially a ROM-hack of Pokémon Crystal, from the Game Boy Color.

You’ll need to make sure you’ve got an emulator or a cartridge to play Prism, but it’s well worth it once you get it all set up.

The game begins with the son/daughter of the famous Dragon Trainer, Lance, playing in a mine-cart, when all of a sudden the mine-cart loses control and rocket’s down an old track into the region of Naljo.

Once in the region, players quickly adopt a Larvitar and set off into Nakjo to collect 20 gym badges, and end up running into over 200 different species of Pokémon.

The game boasts tons of cool features, like mini-games, elemental types and the awesome ability to play as your Pokémon! How cool is that?! 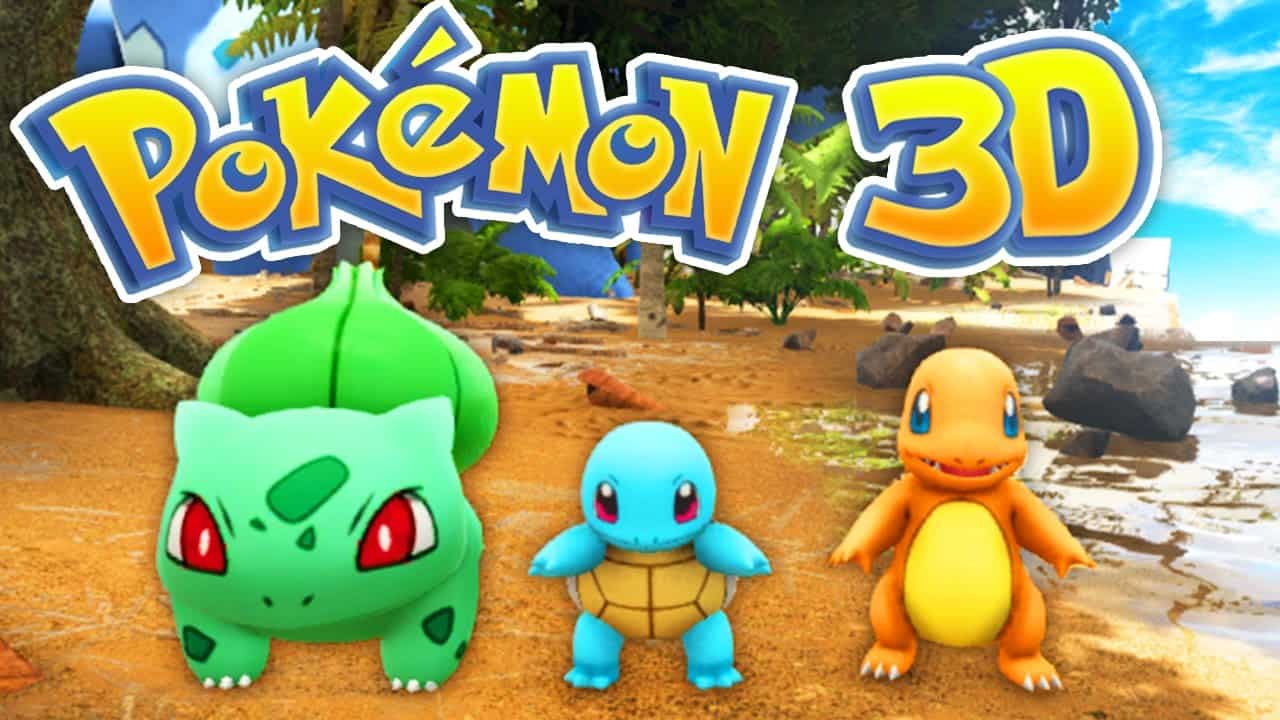 Pokémon 3D is an interesting fan-made game that simulates the Pokémon world in a 3D pop-up kind of way.

The game features explorable 3D environments where players are able to interact with and battle other trainers and Pokémon, from around the world, in real-time.

In the game, players take direct control of their Pokémon’s movements and attack sequences, each having their own cool off periods. Players also have the choice to retreat from any encounter if they think they’re going to pass out through exhaustion!

There’s hundreds of Pokémon to catch in 3D, and as you travel across the stunning terrain, you can take your pick which Pokémon you choose to fight and catch, and which ones you choose to ignore. There’s plenty of choices, so no real fear of loss in this game.

Pokémon 3D first came on the scene in 2015, and players witnessed regular game updates until the original site was taken down. However, Pokémon 3D is still going strong today, so head over to the new site and give it a bash if you want to try something different! 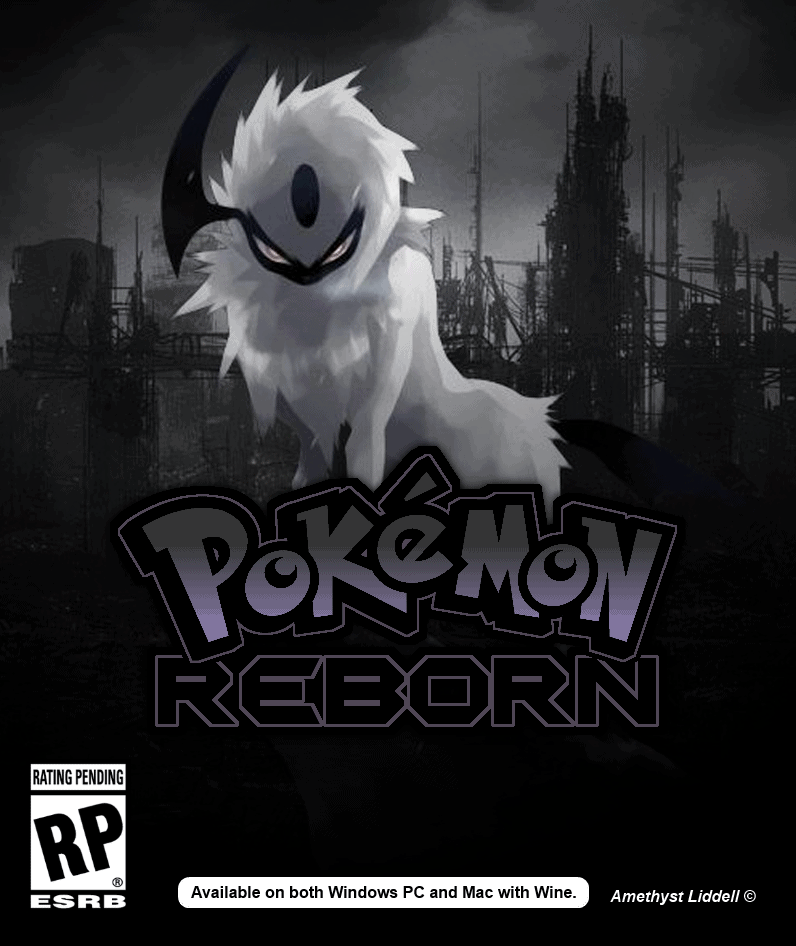 Pokémon Reborn is the first fan-made game on the list that isn’t a ROM, instead, it’s made in an RPG Maker.

Trainers are tasked with collaborating with one and other in order to put a stop to the evil organisation controlling the city.

Reborn features 18 different gyms to do battle in, one for each type, and also introduces Field Effects.

These can be used to change the battlefield around in favour of certain types of Pokémon, either for a limited amount of turns or the entire battle!

Due to the game being made in an RPG maker, it has much higher resolution sprites, an abundance of vibrant colours and an enormous world to explore.

It’s one of the lengthiest games on the list with over 55 hours of gameplay! 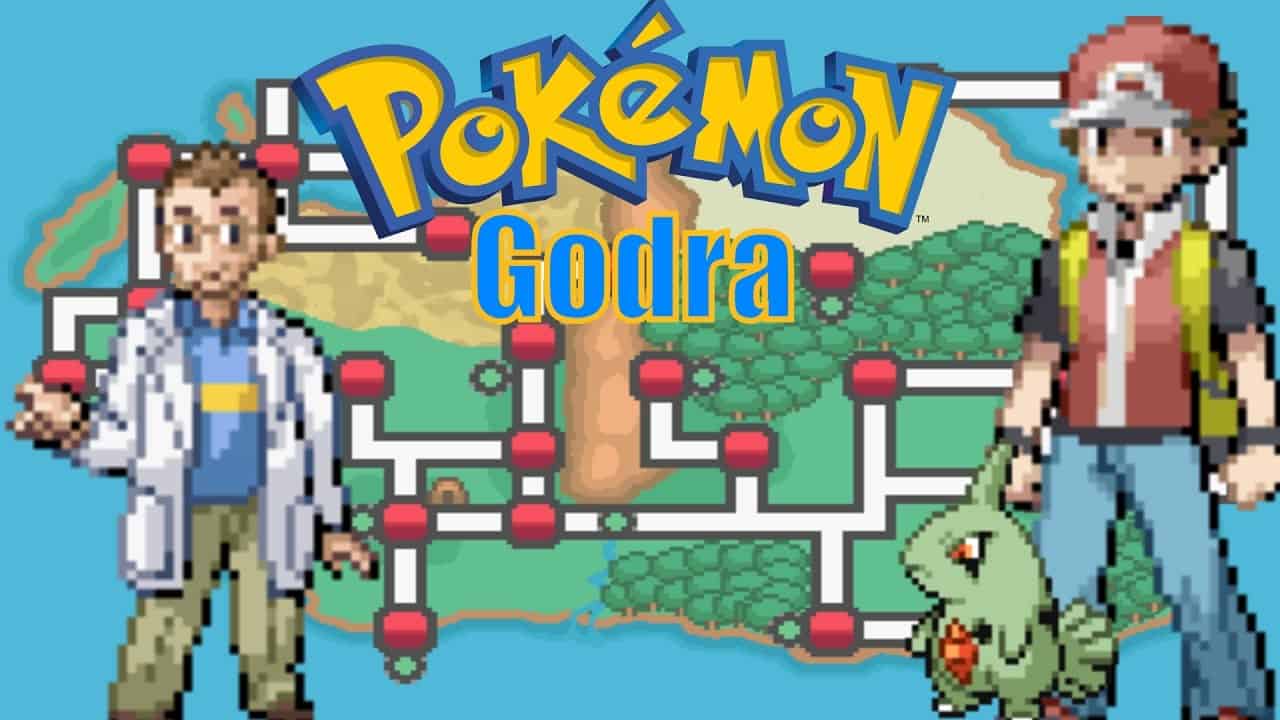 Pokémon Godra is the only fan-made game on the list that puts more emphasis on the trainer’s development instead of the Pokémon.

In this popular ROM, trainers are able to choose from a plethora of career paths. For example, trainers could be a War Party Leader, a Military General, a Safari Zone Warden and many, many more.

If you enjoy playing all the different versions of Pokémon, such as Red, Blue, Gold & Silver, then you’ll be pleased to know that Pokémon Godra includes a wide variety of Pokémon, from all of the official games, for you to catch and do battle with.

Besides new maps, quests and storylines for you to enjoy, trainers are able to explore the two different halves of the map, Western & Eastern, which each have their own unique storylines and missions to conquer! 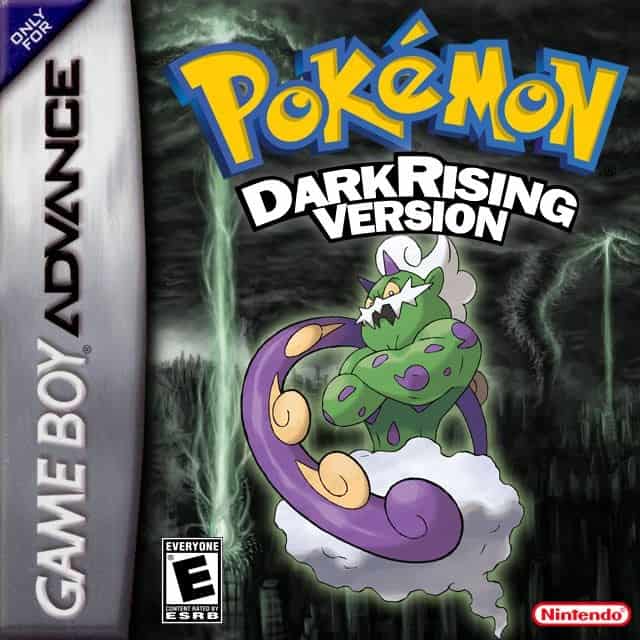 Next up on this list of the best Pokémon fan games ever created is Pokémon Dark Rising.

Described as feeling like the “Dark Souls of Pokémon”, Dark Rising follows a young trainer in the Core Region.

It begins when you fall asleep and start experiencing a strange dream, where you’re introduced to a strange Pokémon that you’ve never seen before. From there, things really start heating up, as the Pokémon chooses you to be its trainer and go and save the world together!

The difficulty level is set to 11, which is super difficult, so good luck trying to get to the first gym leader, as we’re pretty sure you’ll get wiped out countless times before you do. We did!

Pokémon Dark Rising starts with all Dragon-Types and spans the first five generations of Pokémon. 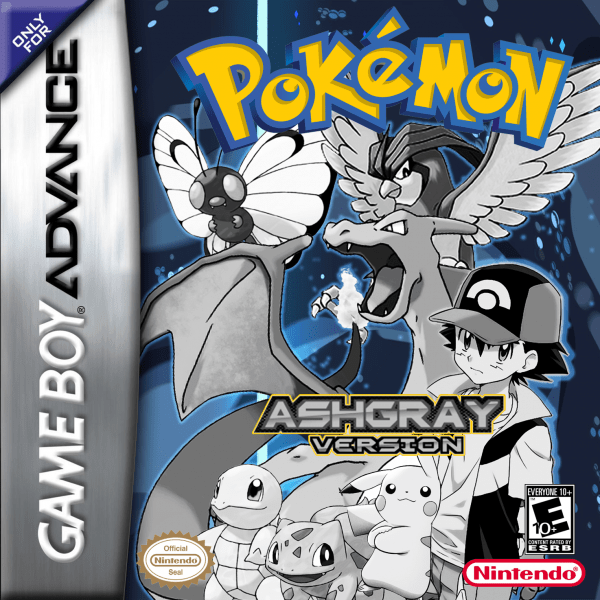 If you’re a fan of Pokémon Fire-Red then this game is right up your street!

Trainers assume control of the original grand-master, Ash Ketchum from Pallet Town, and follow the path he took on the original Pokémon TV show.

You’ll meet up with old friends, Misty, Brock and Pikachu, and work your way through the game, eventually ending up at Elite 4.

Ash Gray is all about making things more difficult than Fire-Red. So, you can expect stronger enemies, harder gym battles, redrawn maps and one hell of a good time going back to the region where it all started! 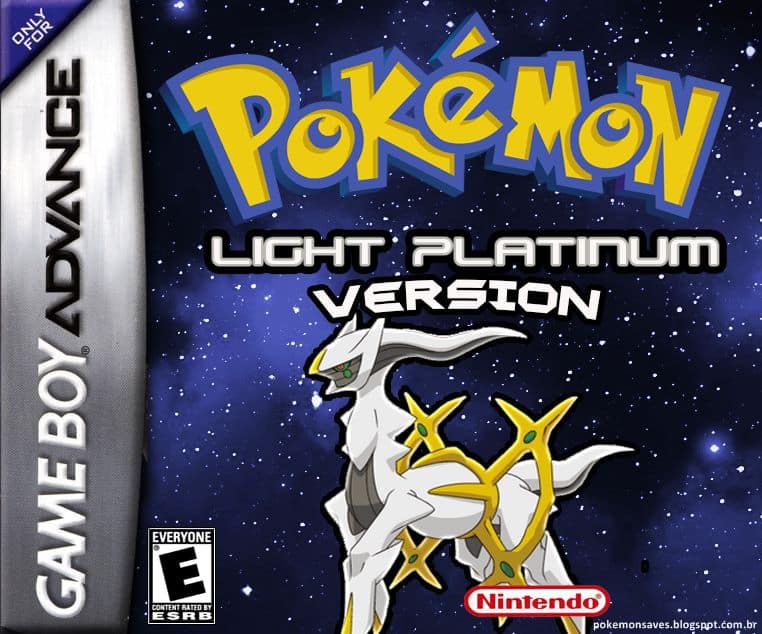 Light Platinum is based off Pokémon Ruby and features a variety of Pokémon, regions, gyms and super impressive graphics.

As well as the 16 badges up for grabs, trainers are also able to compete in two Pokémon leagues and a World Championship, so you certainly won’t get bored with this one any time soon.

Light Platinum is the fourth-best Pokémon fan game ever made because it offers all of the above and a familiar alternative to some of the original Pokémon games. 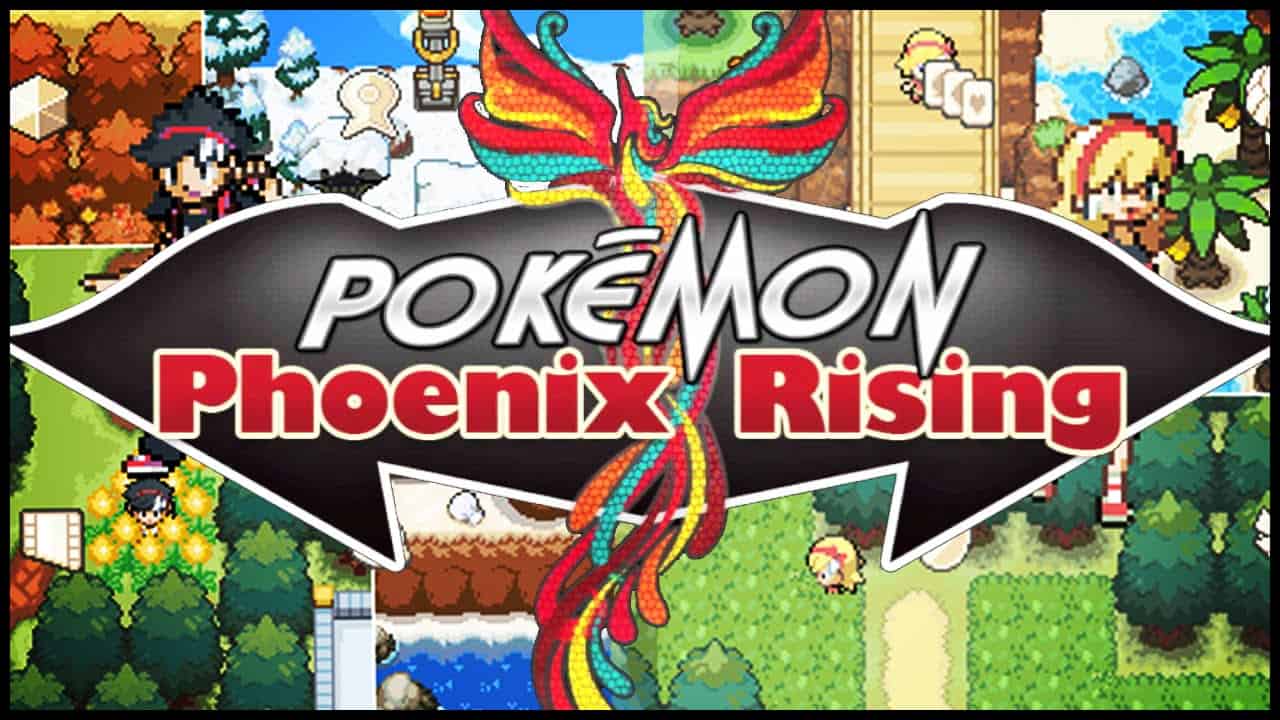 Pokémon Phoenix Rising is a fan-made game that’s been developed using RPG Maker XP and a selection of Pokémon from the Pokémon Essentials Engine.

The game is set in Hawthorne, a war-torn region that’s under the mercy of a tyrannical King. Trainers are tasked with finding and resurrecting the legendary Ho-oh, which will restore peace and harmony to the region.

If that doesn’t sound cool enough, Phoenix Rising also offers a variety of impressive features that are not found in any other Pokémon game.

For example, you can expect to see choice-based outcomes that have an overall effect on the story, a quest-system that organizes in-game events, and, skill-trees, which have perks designed for different players’ styles.

Phoenix Rising also includes new towns, stories, and Pokémon, so it should keep you busy for hours! 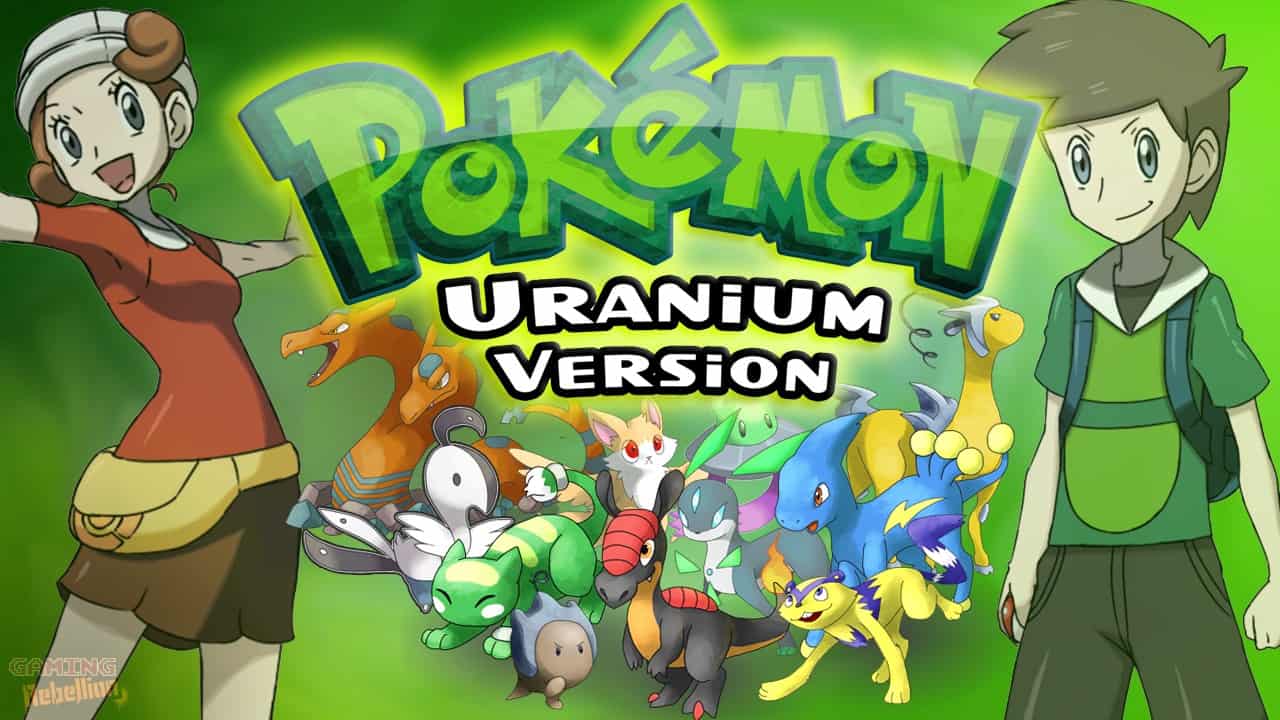 Next on the list of the best Pokémon fan games ever made is Pokémon Uranium.

Attempting to uncover the events of a nuclear explosion in the Tandor region, a young Pokémon trainer sets off on his journey, but quickly faces some strange occurrences and an irradiated Pokémon.

The game features over 150 original Pokémon, plus some new “nuclear” additions.

Trainers set off to obtain 8 badges and defeat the Tandor league. During their journey, they come across a dangerous threat to both Pokémon and humans, which has been triggering meltdowns throughout the region.

Uranium took nine-years to develop before it was finally released in 2016. It went on to be recognized as one of the most popular Pokémon fan games ever! 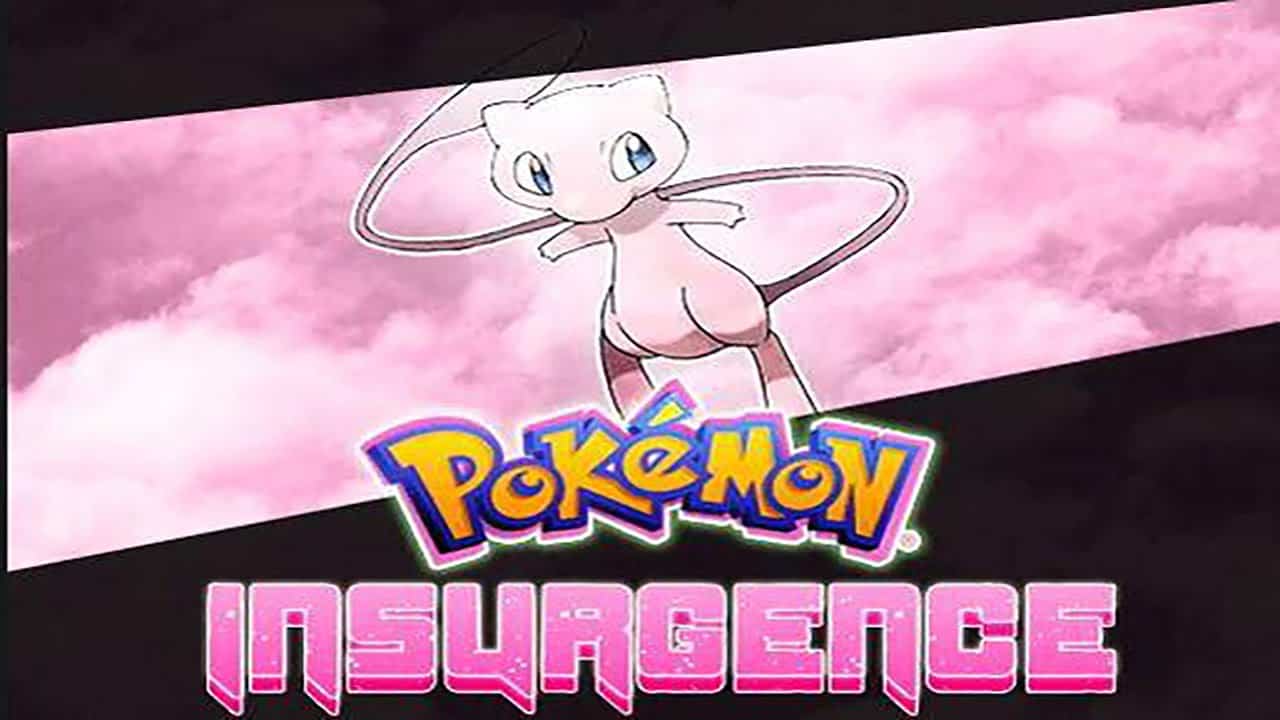 Coming in at number one on our list of the 10 best Pokemon fan games ever made is Pokémon Insurgence.

This fan-made Pokémon game was created using RPG Maker XP and is set in a region called, Torren.

Things aren’t as pretty and nice as they’re in other Pokémon fan games on the list, as Insurgence takes a turn for the dark side. Cults and thugs have infiltrated the region and are all fighting for world domination.

The game includes some exciting new, and highly-requested features, like trainer-customization, mega evolutions, secret bases, and creative delta species, which give players the ability to mix two species of Pokémon together to create a brand new Pokémon! Now that is awesome, right?!

Pokémon Insurgence provides players with limitless options and opportunities to enjoy, and there’s 720 Pokémon, generation 1-6, spread throughout that game to do battle with and catch if you so wish.

So, if you think you’ve got what it takes to catch em’ all, then download Pokémon Insurgence today and give it crack!

We hope you enjoyed our list of the 10 best Pokemon fan games ever made.

Some of these Pokémon fan games are just fantastic, like Pokémon Insurgence and Phoenix Rising.

And, we’d even go as far as saying they’re even better than some of the best Pokémon games of all time!

Here’s a quick recap of the 10 best Pokemon fan games ever made:

What’s your favourite Pokemon fan game ever made? Leave a comment below.

Related Topics:featured
Up Next

The 15 Best Pokémon Games of All Time Ranked