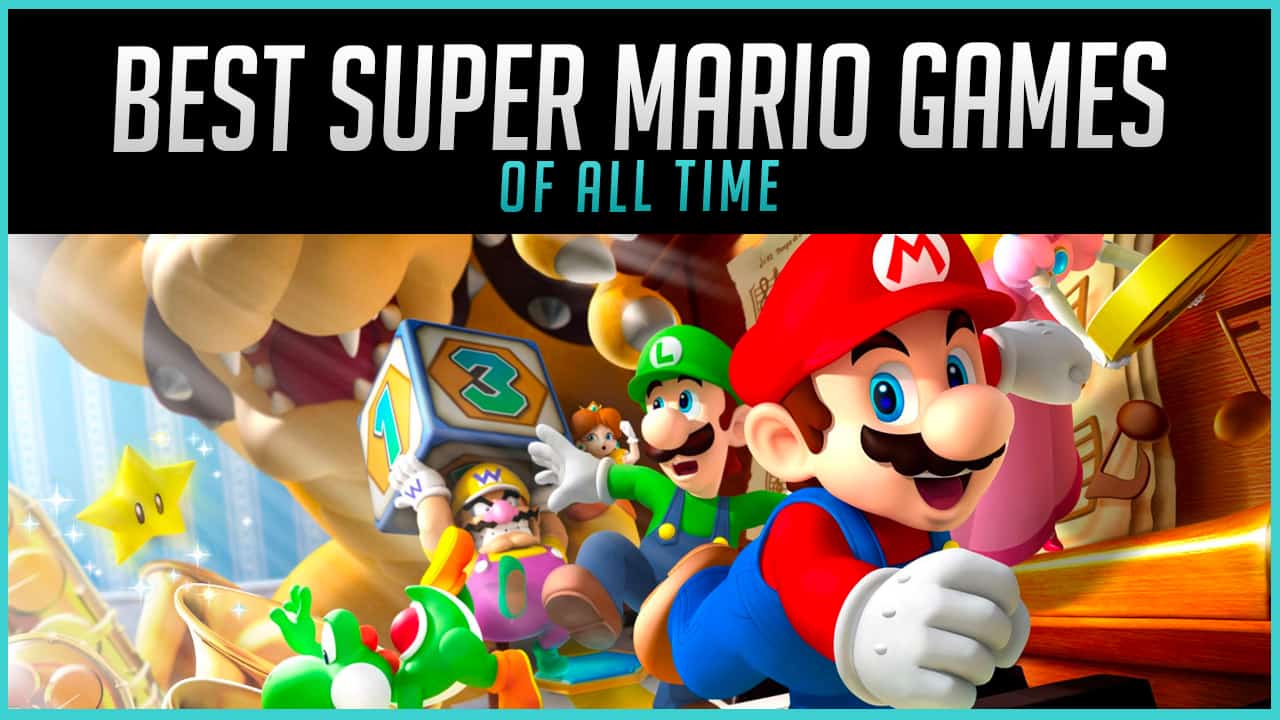 Nintendo’s Super Mario is such an iconic game; it’s difficult to put into words the impact it’s had on many an avid gamer over the years.

From Mario’s very first appearances to his most recent, this list includes all the best Super Mario games without any spin-offs, like Mario Kart and Mario Party, sticking only to 2D or 3D platformers.

Ranked from worst to best, here’s a list of the 15 best Super Mario games of all time.

The 15 Best Super Mario Games of All Time (Ranked)

The list of Super Mario games and figures mentioned below have been compiled from various sources around the web, such as Nintendo Life & Den of Geek.

These are the 15 best Super Mario games of all time (ranked): 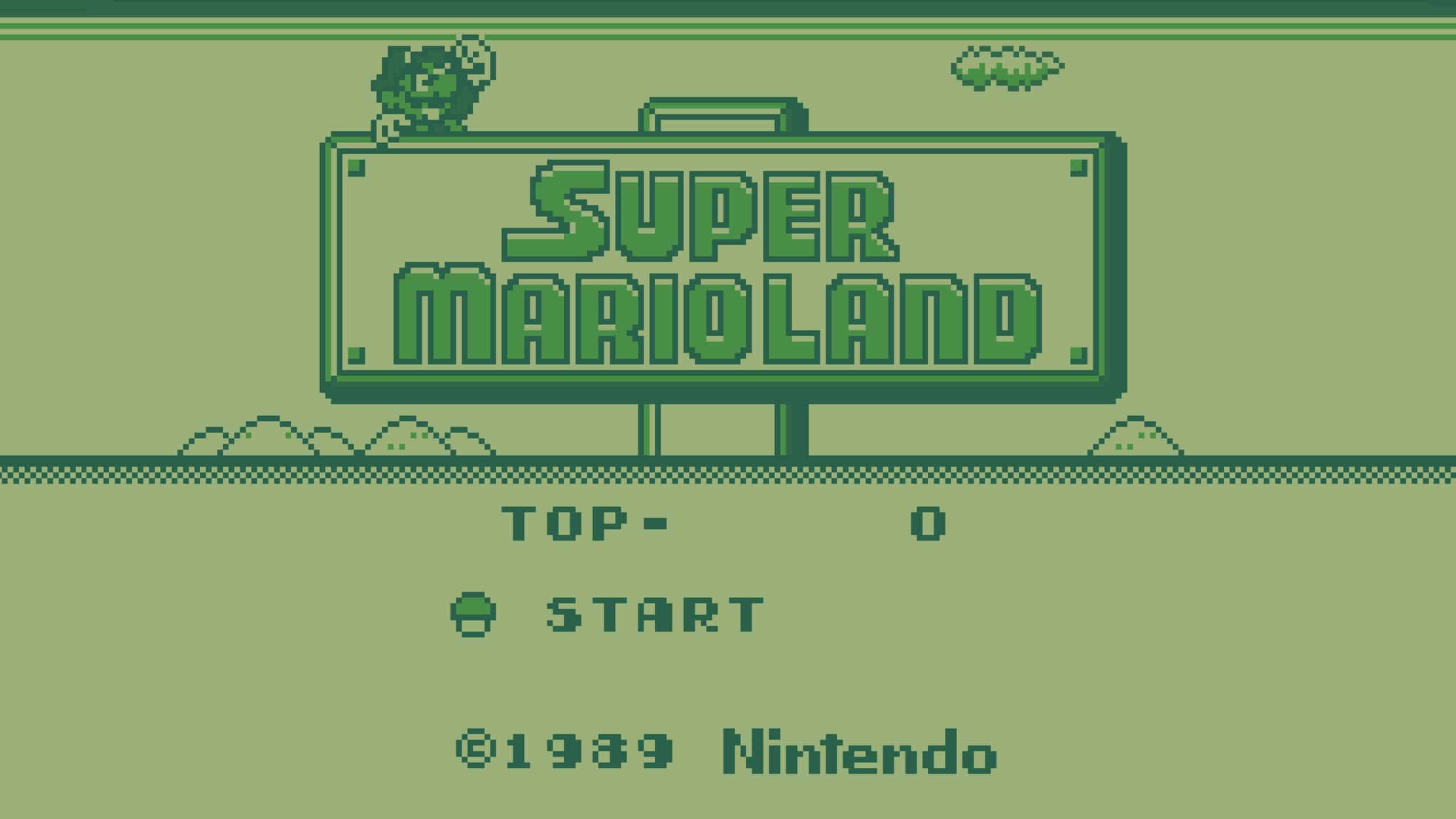 It was developed and published by Nintendo as the launch game for the Game Boy and is the first-ever Mario platform game to be released on a handheld console.

Released in 1989, Mario Land has similar gameplay to Super Mario Bros but is a smaller version of the game so that it can fit on the device’s smaller screen.

The aim of the game is to get Mario to the end of each level without being killed by enemies and avoiding any pitfalls. There are twelve levels to complete in total.

Upon release, the game received generally positive feedback from critics and went on to sell over 18 million copies worldwide.

Due to its success, Super Mario Land spawned a series of sequels and is considered among the console’s best launch titles. 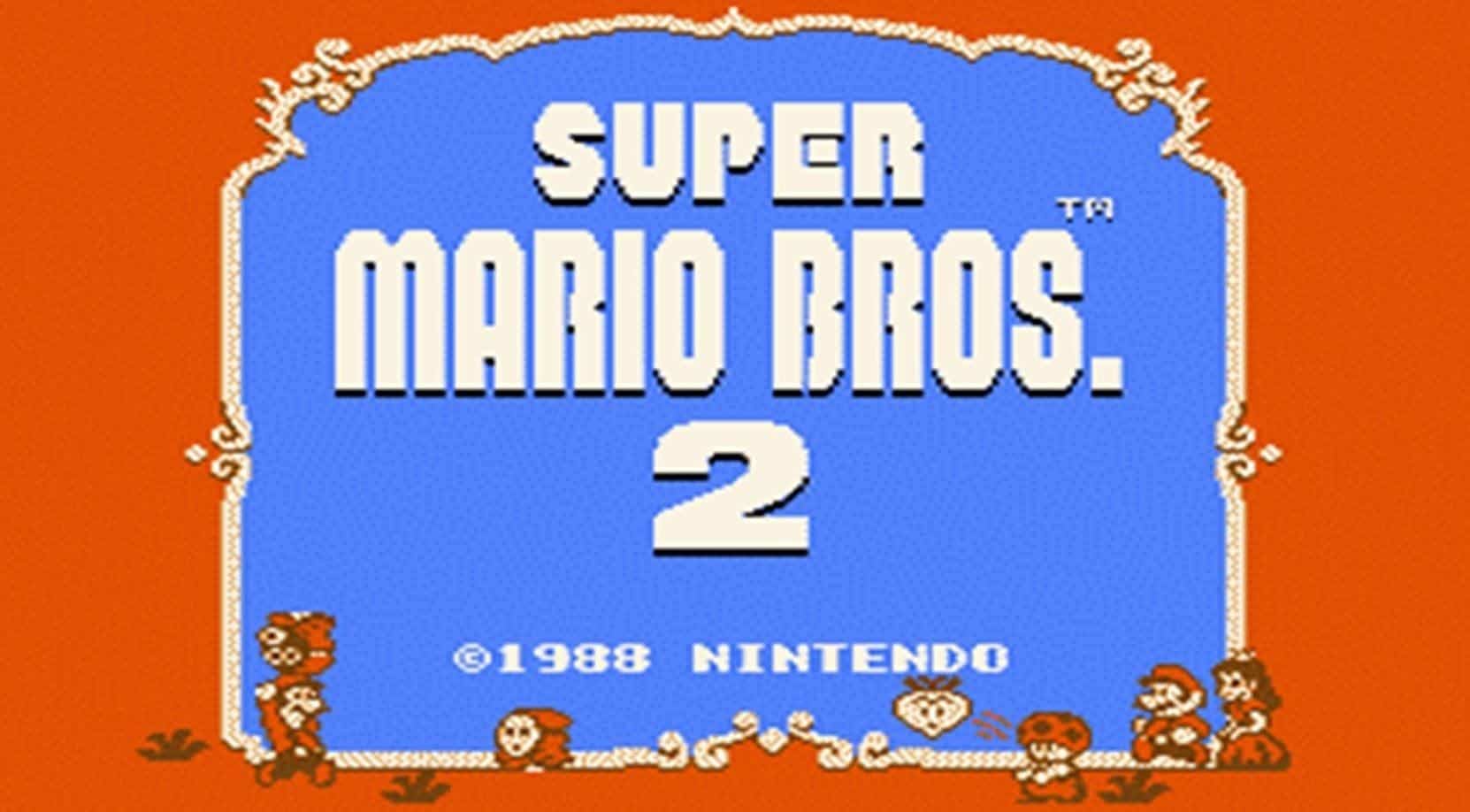 Super Mario Bros.2 is a platform game developed by Nintendo for the Nintendo Entertainment System (NES) and was first released in October 1988 in North America.

In this installment, Mario dreams about a staircase leading to a door that goes to another world, which turns out to be real.

However, once he enters the new world, Mario must help the people that inhabit it by defeating the evil frog named Wart.

The game became a commercial success and sold over seven million copies worldwide. It became the fourth highest-selling game ever released on the Nintendo Entertainment System (NES). 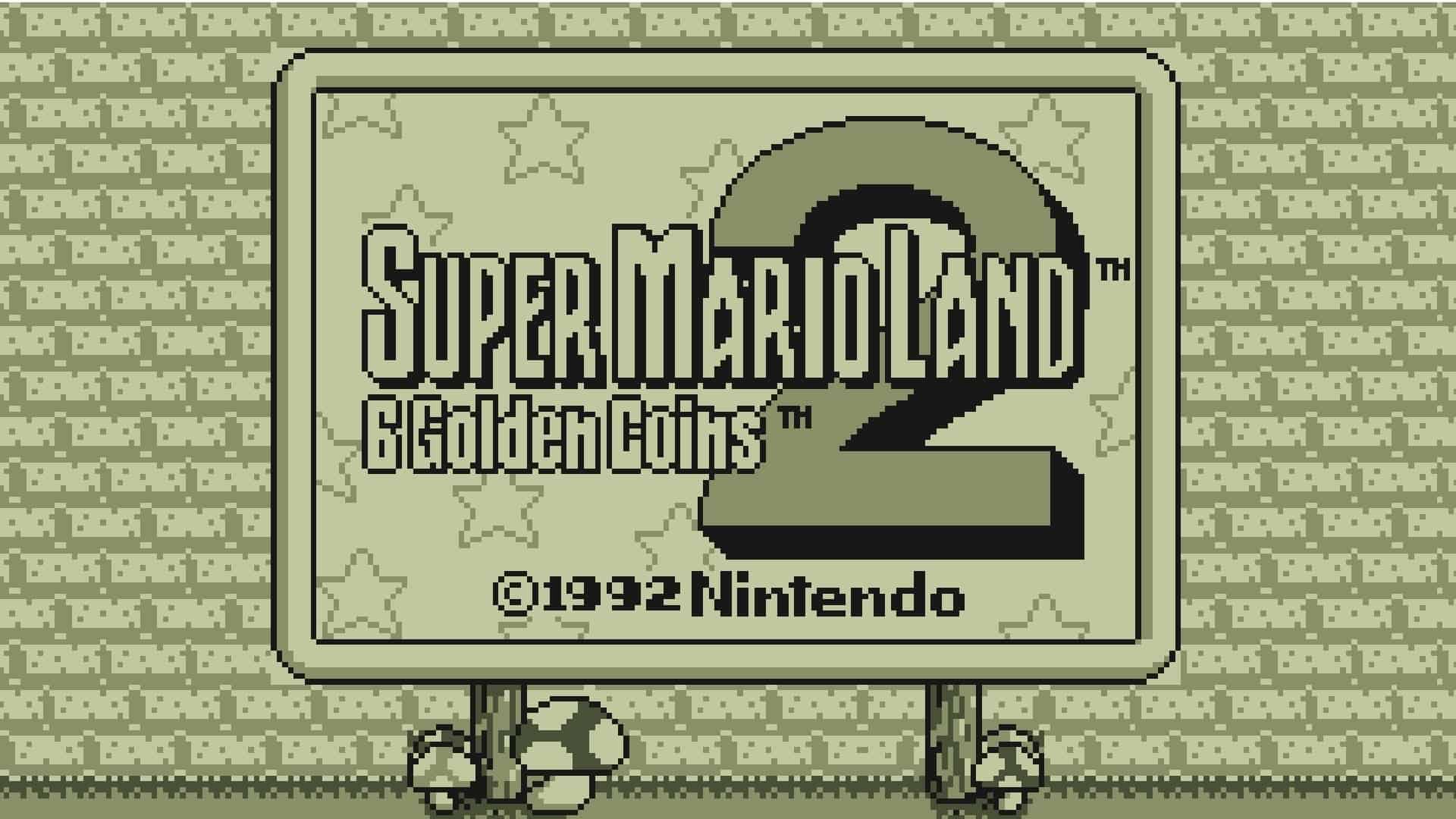 Coming in at number thirteen on our list is Super Mario Land 2: 6 Golden Coins.

The game was developed and published by Nintendo for the Game Boy and is the sequel to Super Mario Land.

It was released worldwide between 1992-1993, and players assume control of the protagonist Mario, whose’s on a mission to reclaim Mario Land, his private island, from his evil counterpart Wario.

6 Golden Coins builds on the gameplay of its predecessor and carries over innovations from Super Mario World.

Super Mario Land 2: 6 Golden Coins became one of the most successful and highest-rated titles on the Game Boy ever! After its release, it sold more than eleven million copies worldwide and received critical acclaim. 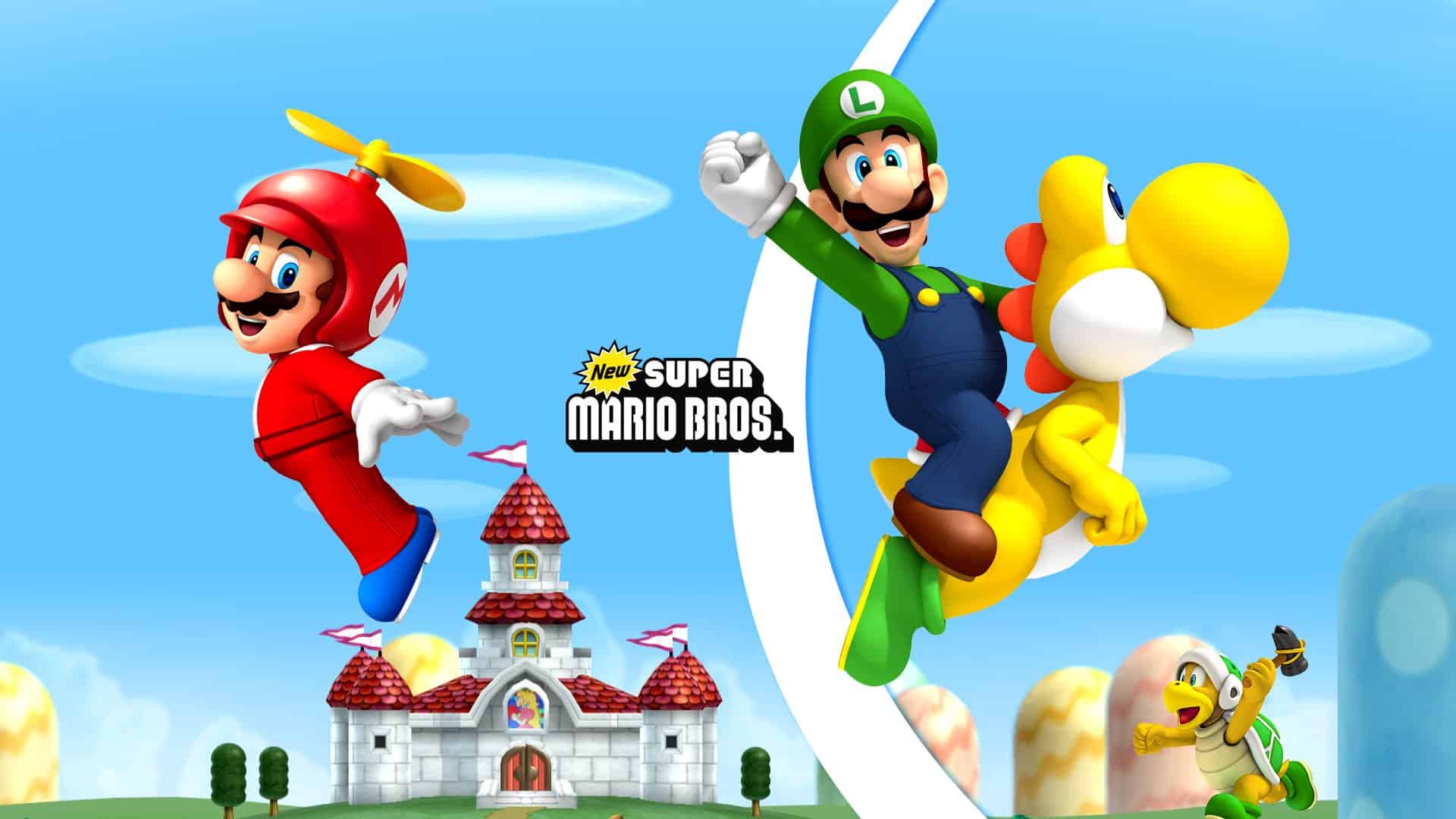 It’s a 2.5D platform game that was developed and published by Nintendo for the Nintendo DS and released worldwide in 2006.

Mario is forced to fight his way through tons of Bowser’s henchmen on his way to rescue Princess Peach.

It’s not all bad, though, as he has access to several power-ups throughout the game, which gives him lots of unique abilities to help him complete his quest.

There are over 80 levels to complete, as well as Bowser Jr, before getting the chance to take on the big Bowser himself. 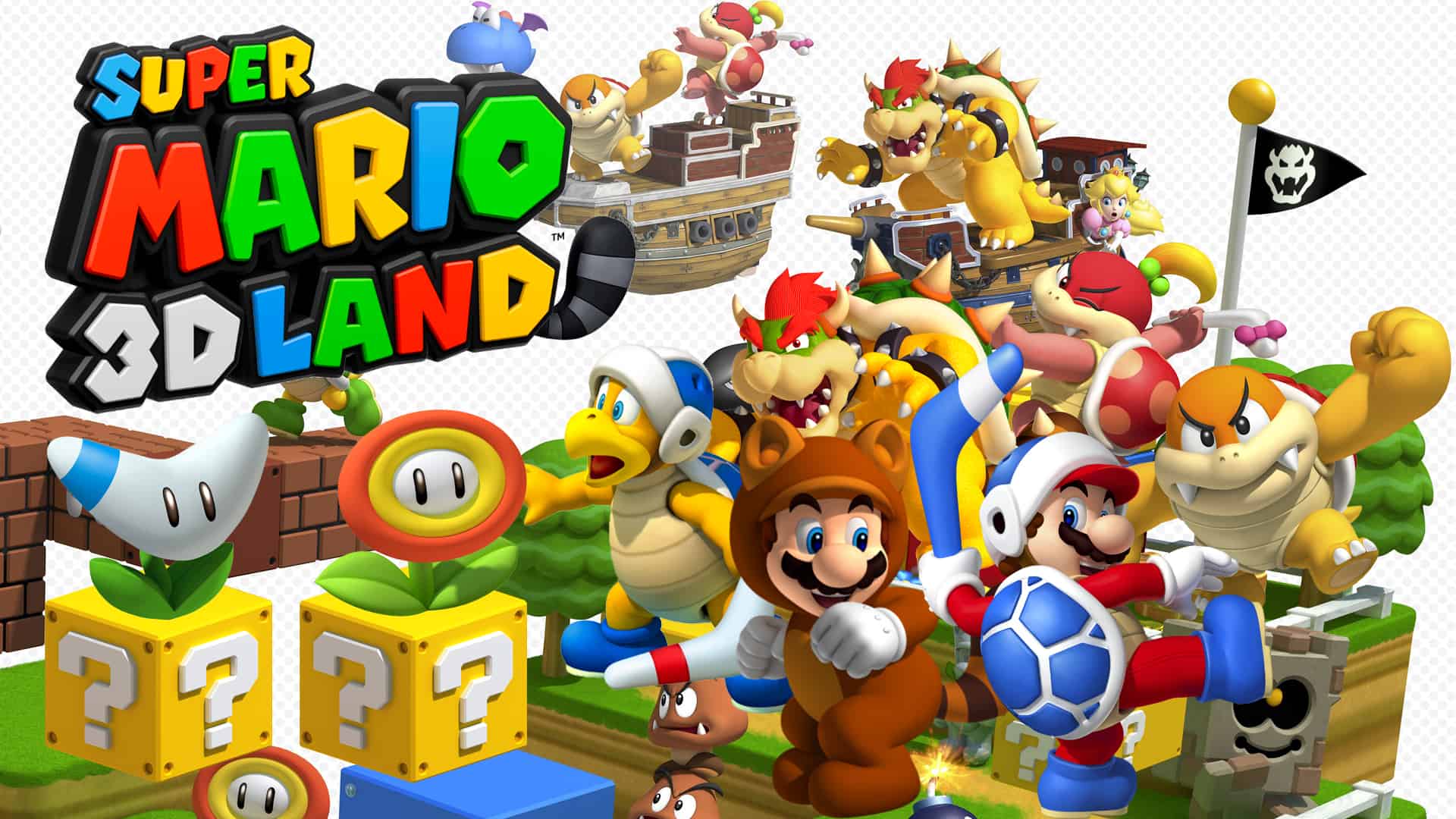 Next up is Super Mario 3D Land.

This platform game was developed and published by Nintendo for the Nintendo 3DS and released worldwide in November 2011.

It was the first Mario game to be released for the 3DS and combined elements from both traditional 2D Mario side-scrolling games and modern free-roaming 3D Mario games.

3D Land introduces power-ups and gameplay mechanics to the Mario series and features a similar storyline to other Mario titles on the list.

Praise was given to the creativity and technical design presented within the game, and it went on to become a huge commercial success, selling over 12.67 million copies worldwide.

Super Mario 3D Land is the sixth best-selling game for the Nintendo 3Ds. 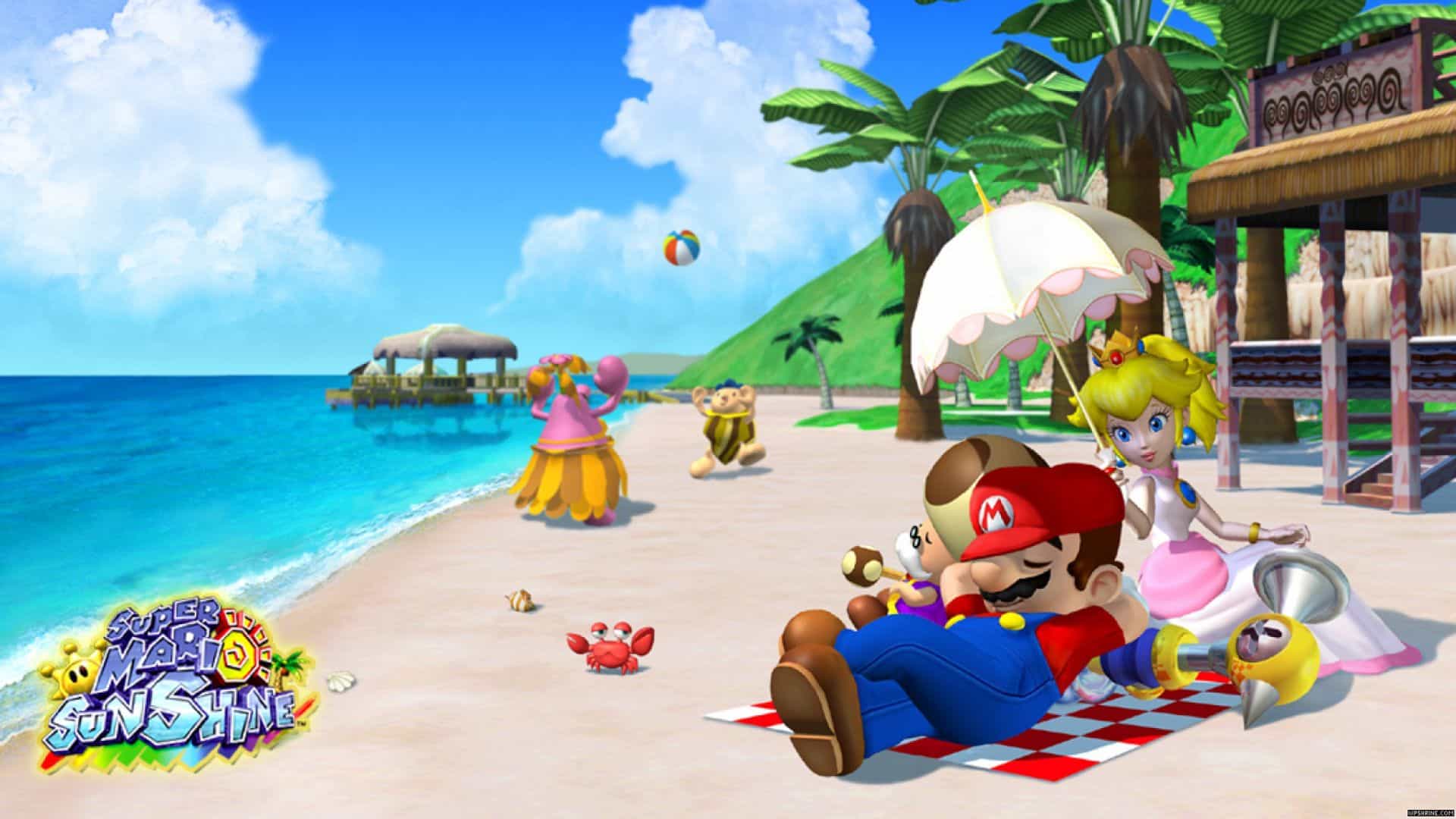 Released in 2002, this 3D platform game was developed and published by Nintendo for the GameCube.

Taking place on the tropical Isle of Delfino, where Mario, Toadsworth, Princess Peach, and Five Toads are taking a vacation, a villain known as Shadow Mario wreaks havoc across the island and Mario gets blamed for it all.

Then, Mario is ordered to clean up the island, using the Flash Liquidizer Ultra Dousing Device, while also trying to save the Princess for Shadow Mario.

It’s one of the best-selling GameCube games of all time. 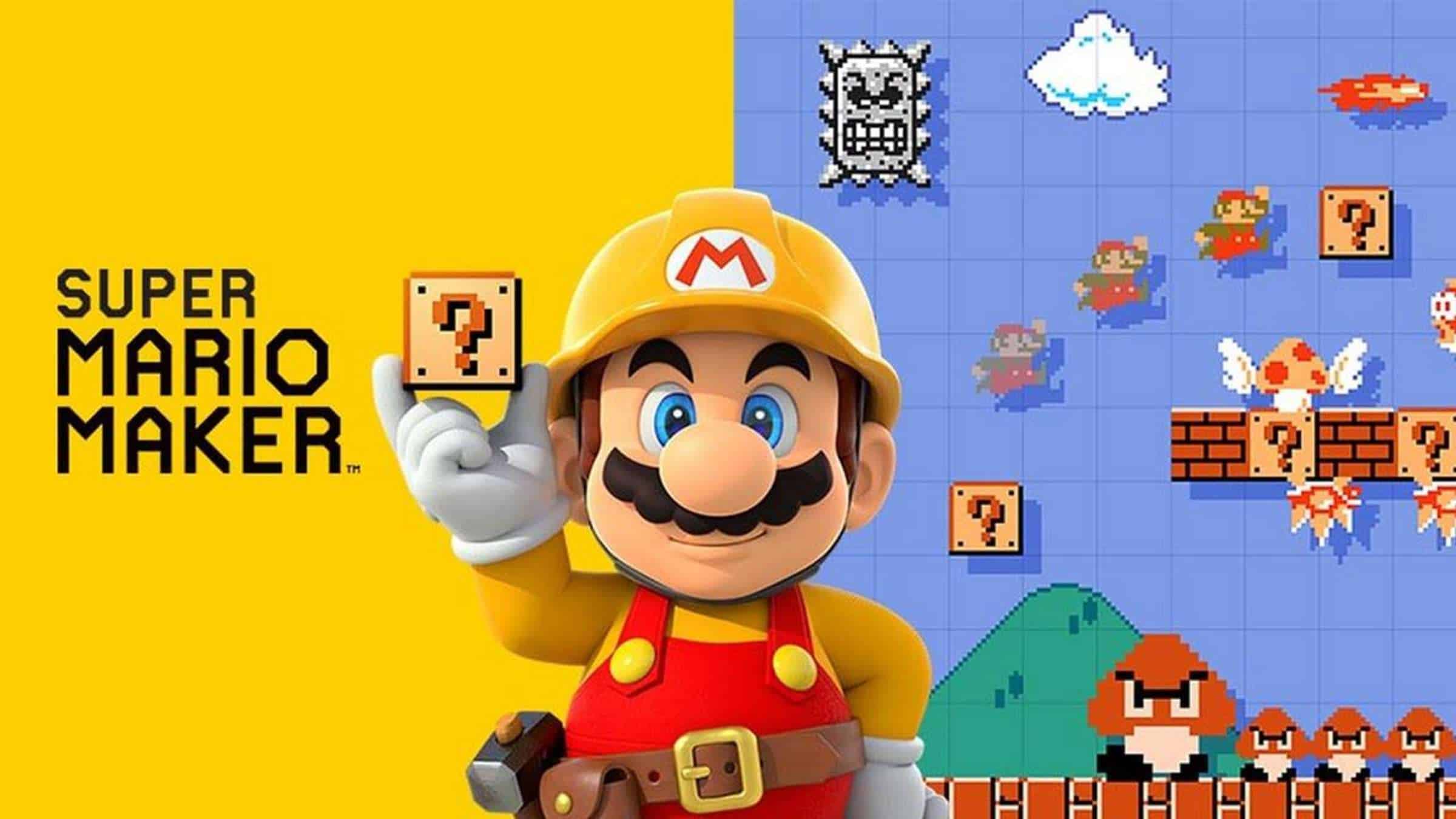 Super Mario Maker is a side-scrolling platform game and game creation system, developed and published by Nintendo for the Wii U home video game console.

Upon release, Super Mario Maker received positive reviews with praise given for the game’s user interface and course editing tools.

In 2016, Nintendo announced over 7.2 million courses had been created worldwide, which had been played over 600 million times.

Super Mario Maker was nominated for several industry awards and won Family Game of the Year at the 2016 DICE Awards. 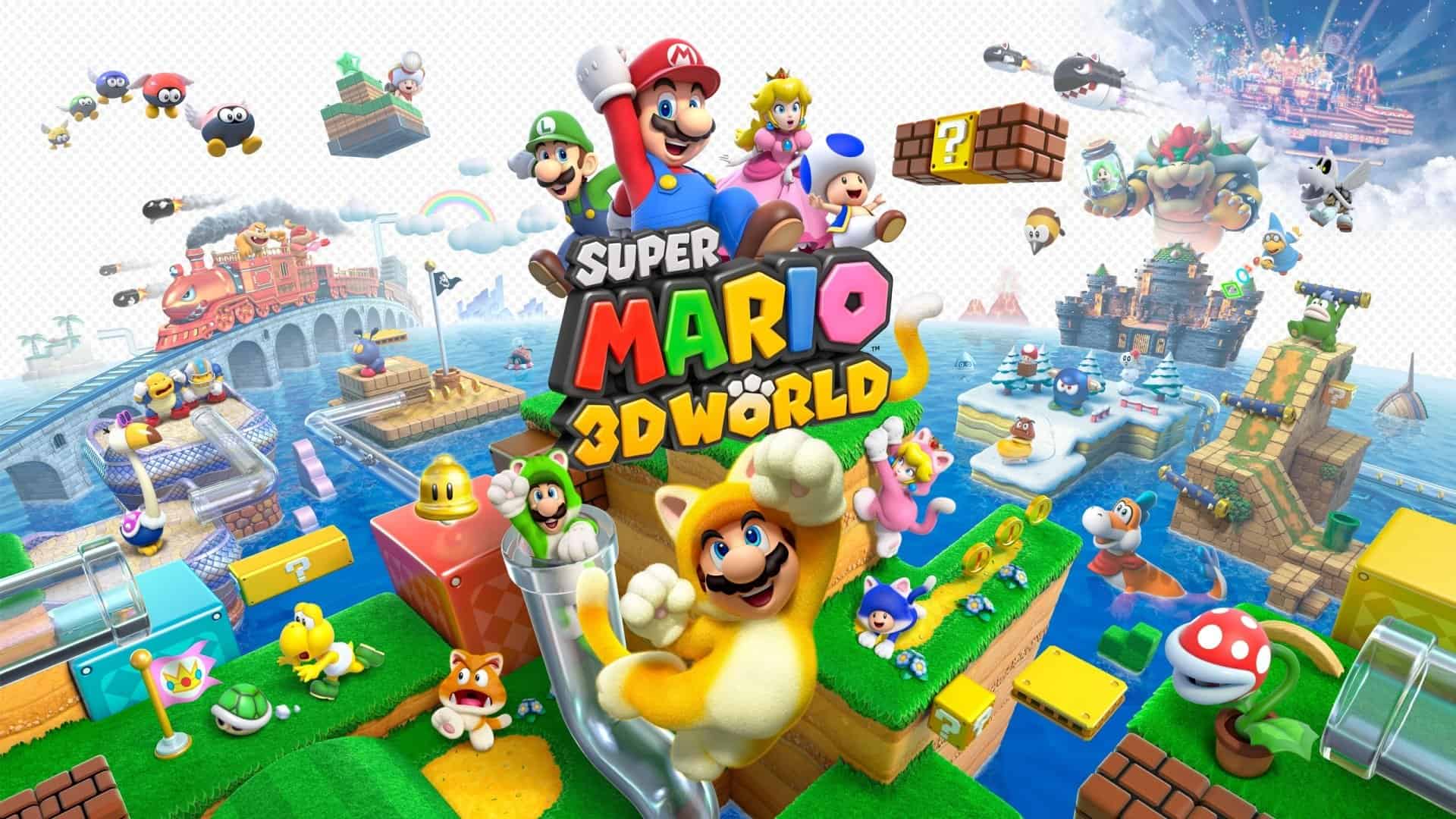 Next up is Super Mario 3D World.

It’s another platform video game in the Super Mario series developed and published by Nintendo.

This time around, the game follows Mario and friends as they attempt to rescue Sprixies from Bowser after he invades the Sprixie Kingdom.

With similar gameplay to previous installments in the series, where players must work their way through several levels to reach Bowser, it easy to see why this game has become super popular.

Critical acclaim was given for its presentation, soundtrack, level design, and replay value.

Super Mario 3D World sold over five million copies worldwide after release and became the second-best-selling game on the Wii U system. 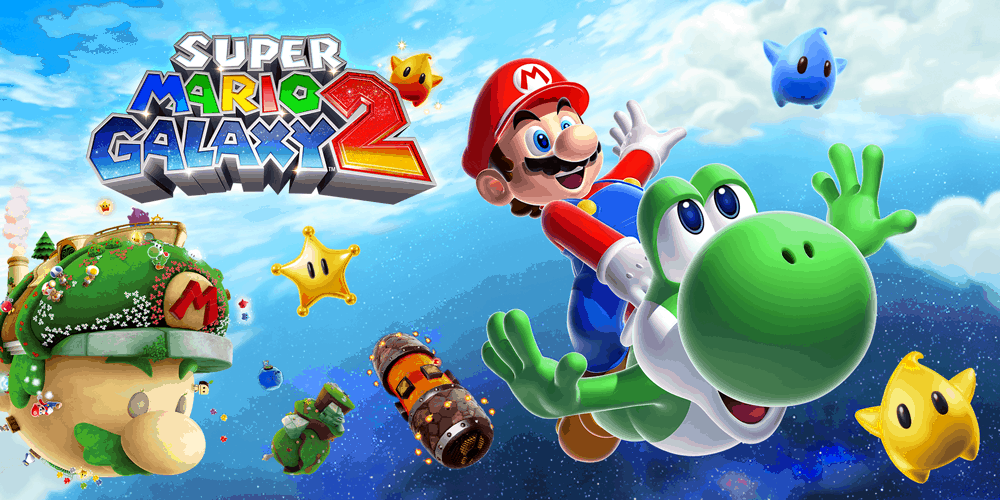 Developed and published by Nintendo for the Wii, it follows Mario as he once again pursues Bowser into outer space to locate Princess Peach, who’s been imprisoned by the Koopa King.

Mario makes his way across various galaxies in search of the power stars that will regain control of the universe.

Super Mario Galaxy 2 is one of the best-selling games on the Wii, with over seven million copies sold worldwide to its name! 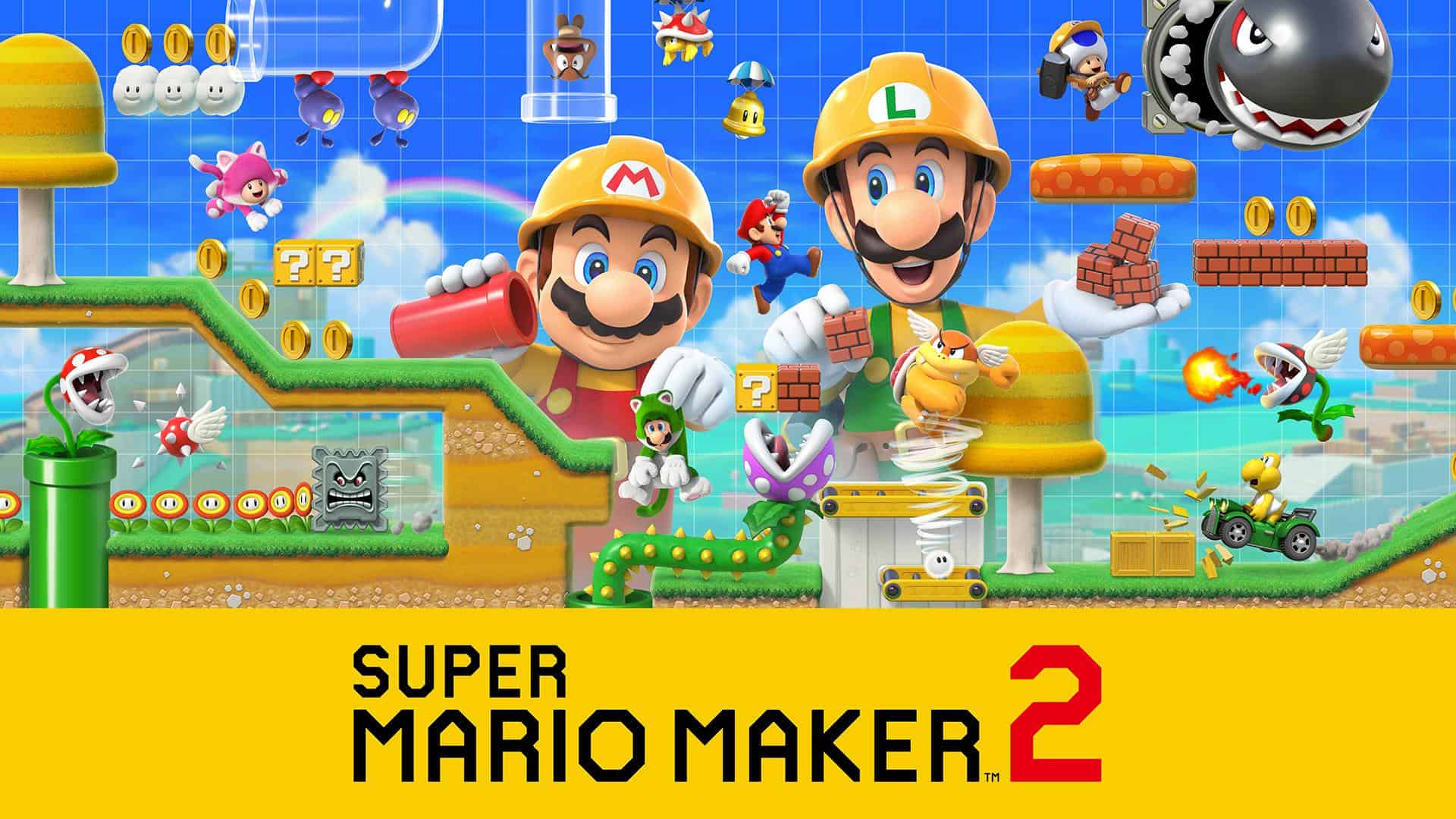 It was released worldwide on June 28, 2019, and was developed and published by Nintendo for the Nintendo Switch.

It also features a new single-player campaign known as ‘Story Mode” and received generally favorable reviews from critics upon release.

It’s one of the best-selling games on the Nintendo Switch, with over 275,000 physical copies sold worldwide by the end of 2019. 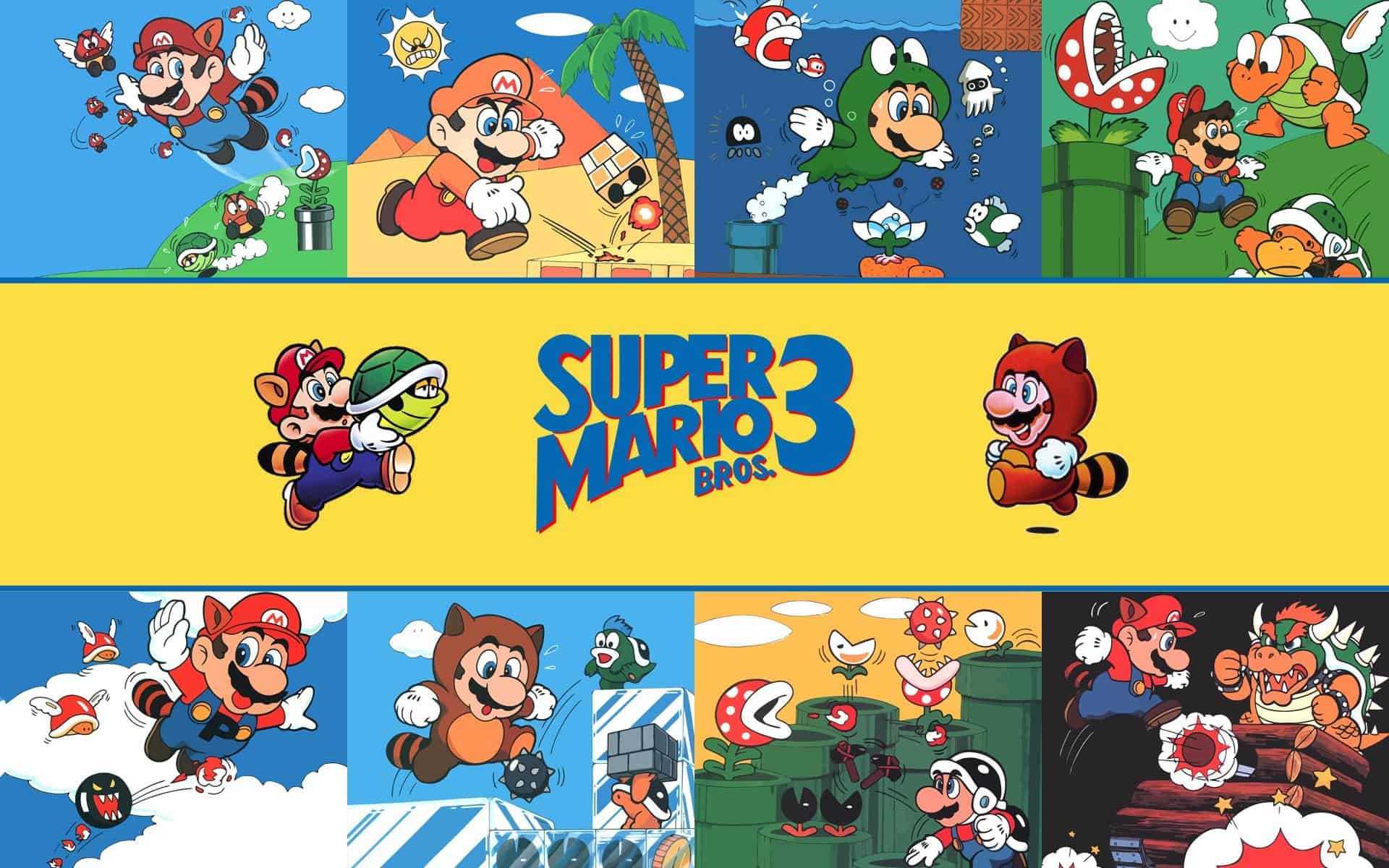 The game was developed and published by Nintendo and released on the Nintendo Entertainment System (NES) from 1998-1991.

In this installment, players control Mario and Luigi, who make it their duty to save Princess Toadstool and the rulers of the seven kingdoms from Bowser.

Like previous Mario games, enemies are defeated by stomping them or using magical items. And, new abilities like flight and sliding down ropes makes the game even more enjoyable.

This is the game that introduced some of the staples of the Mario series, like the Koopalings, Bowser’s children, and a world map to transition between different levels.

Super Mario Bros. 3 is recognized as one of the greatest video games of all time and the third-best-selling NES game ever, with over 17 million copies sold worldwide.

Coming in at number four on our list is Super Mario 64.

The 1996 platform video game was developed and published by Nintendo and was the first game in the Super Mario series to feature 3D gameplay.

The storyline remains pretty much the same as most Mario games, where Mario must rescue Princess Peace from Bowser, however, Super Mario 64 features open-world playability, freedom to roam around all three axes in space and several large areas which are composed of 3D polygons.

Players are encouraged to complete various missions while exploring all that the vast worlds have to offer.

Super Mario 64 is often acclaimed as one of the greatest video games of all time, and, is Nintendo 64’s bestseller! 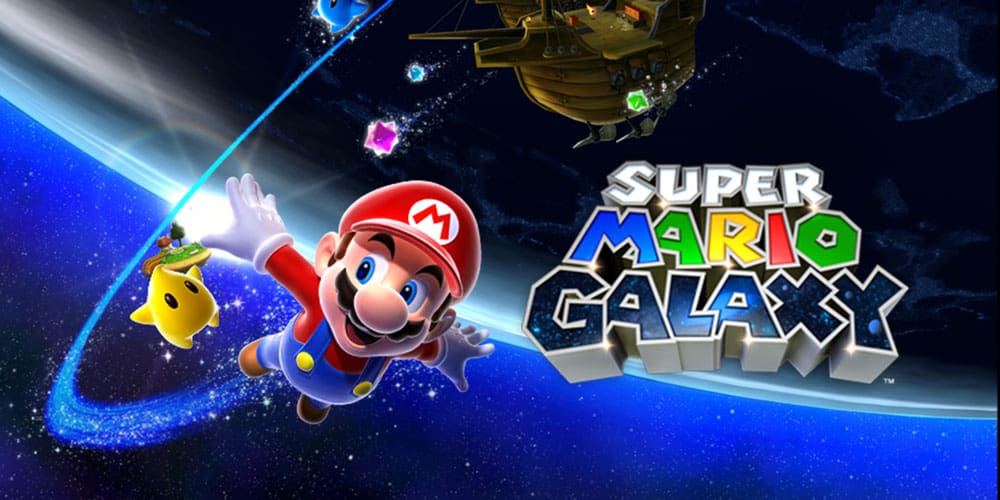 It’s the third game in Nintendo’s Super Mario series and follows Mario and Luigi as they embark on a mission to locate and rescue Princess Peach, save the universe and collect 121 Power Stars, all why battling enemies and hunting down Bowser.

All the levels in the game consist of galaxies filled with minor planets and worlds, and players control Mario or Luigi, using the Wii Remote and Nunchuk, to complete a series of missions and boss fights. 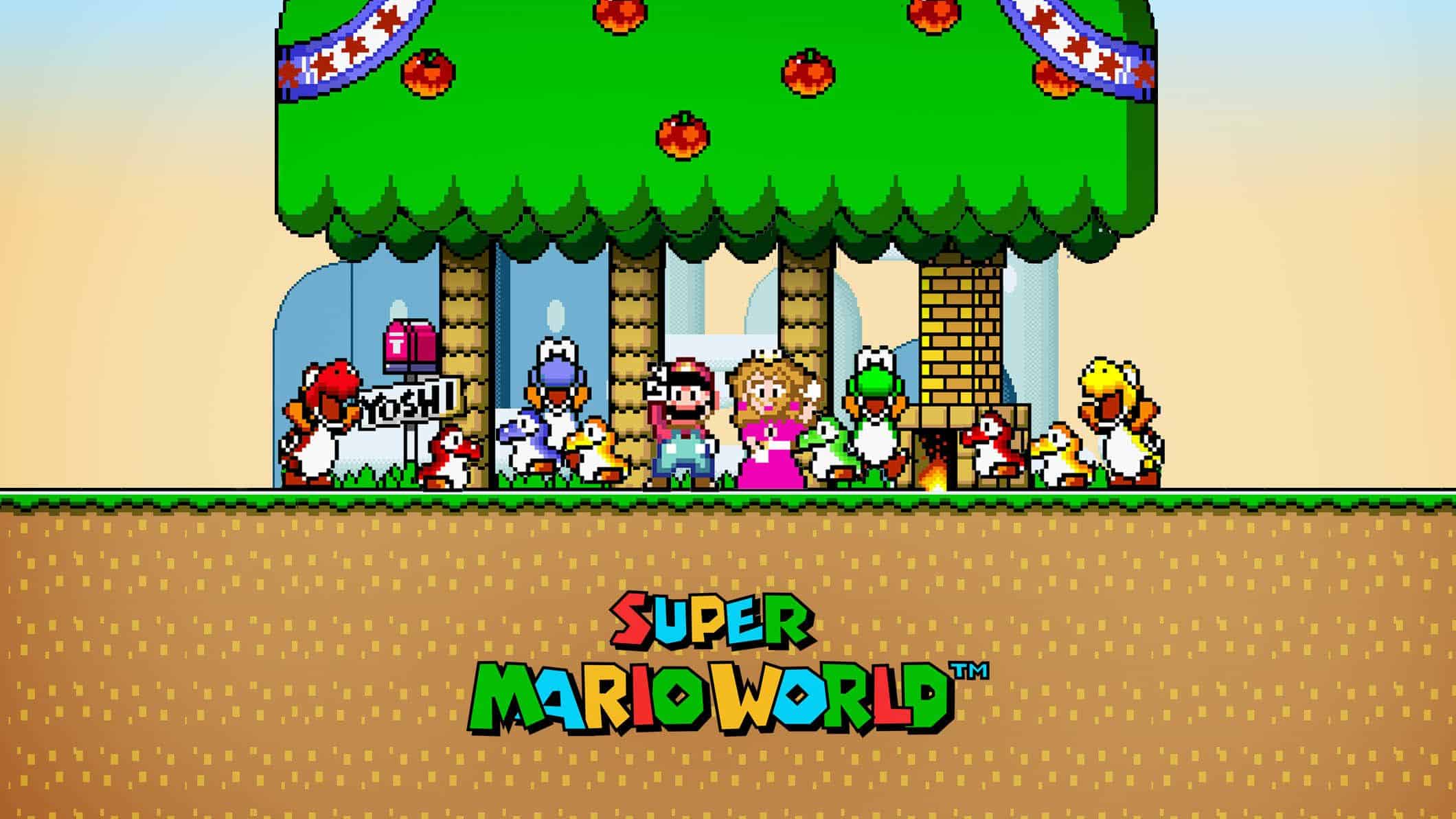 Released in 1990, the side-scrolling platform game was developed and published by Nintendo for the Super Nintendo Entertainment System (SNES).

Much like all titles in the series, Super Mario World follows the story of Mario as he tries to save Princess Toadstool and Dinosaur Land from his arch-nemesis, Bowser and the Koopalings.

Players control Mario or Luigi and guide them through several levels in search of the “Flagpole,” which marks the end of all levels.

But, in this installment, Mario is accompanied by Yoshi, a dinosaur that can eat enemies and gain powerful abilities in doing so. He’s awesome! 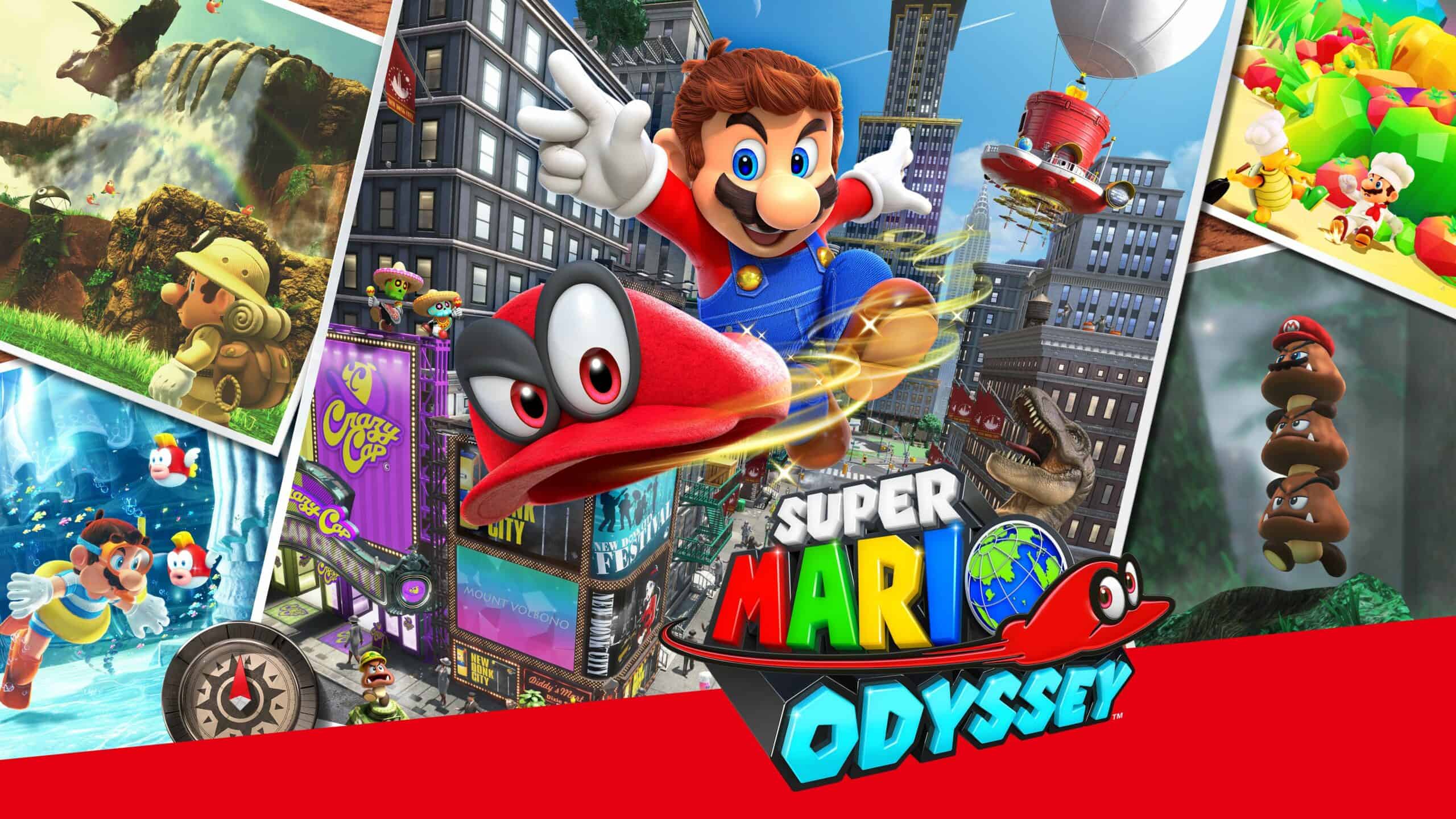 Developed and published by Nintendo for the Nintendo Switch, Super Mario Odyssey was released in 2017 and follows Mario and Cappy on their journey across numerous worlds in search of Princess Peach.

Cappy is Mario’s sentient hat that allows Mario to control other characters and objects. Mario must use Cappy’s powers to save the Princess from his nemesis Bowser before he gets the chance to marry her forcibly!

Unlike previous entries on our list, Super Mario Odyssey returns to the primarily open-ended 3D platform gameplay, instead of the linear side-scrolling platform games.

Super Mario Odyssey received universal acclaim from critics, who noted it as one of the best games in the series, and, one of the greatest games of all time.

The game sold over 16.59 million copies by December 2019, making it one of the best-selling Nintendo Switch games ever!

We hope you enjoyed our list of the 15 best Super Mario games of all time (ranked).

These are our favorites, but all the games featured above are great fun and well worth their place on the list.

If you enjoyed this list, check out our other list of the most popular Nintendo games of all time!

Here’s a quick recap of the 15 best Super Mario games of all time (ranked):

What’s your favorite Super Mario Game? Leave a comment below.