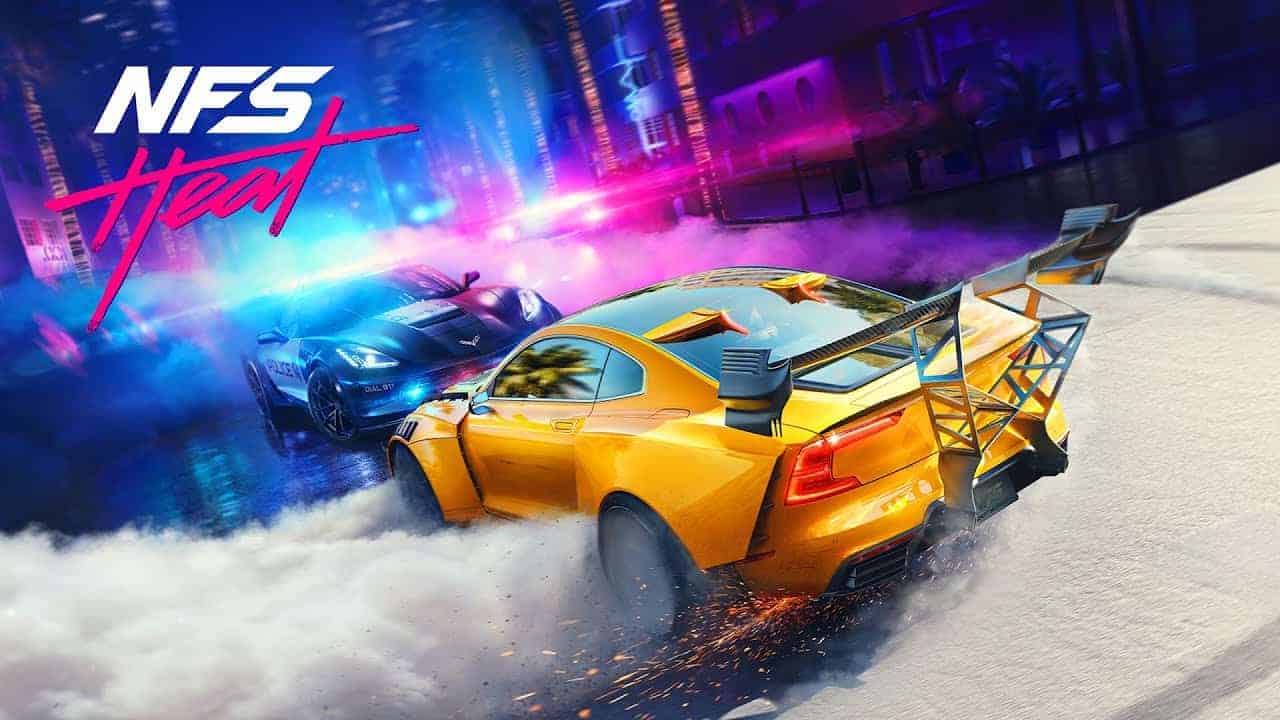 Need For Speed Heat Review: Hot or Not?

The Need for Speed franchise has suffered of late and it’s not since 2012 that a Need for Speed game in the series was getting consistently high scores in the review world.

It’s taken a good eight years for EA to start taking notice, but it seems like Need for Speed Heat may be the savior to the series. Perhaps not complete perfection in itself, but honing the ideas and the strategies that made the previous games so good.

The game was developed by Ghost Games, formerly known as EA Gothenburg, who has been responsible for NFS Rivals, the 2015 NFS and Payback in 2017 from the franchise.

To their credit, they’ve crafted a storyline that’s ultimately quite bland, but pushes the narrative along long enough for you to get into the meat and potatoes of the actual cars. If you’re a car-lover, then this will feel all the sweeter in particular. 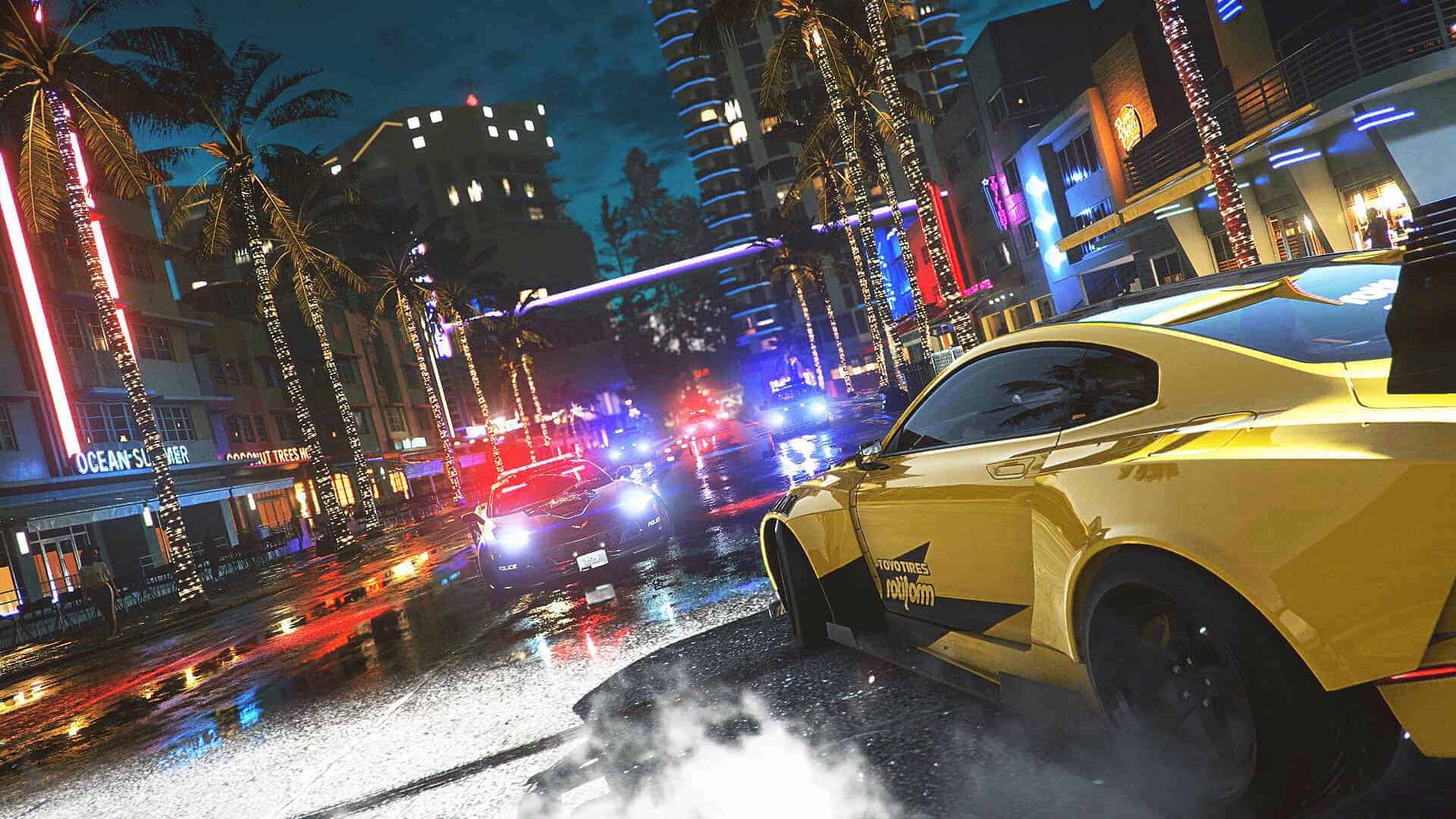 You arrive in Palm City for the Speedhunter Showdown, some kind of exhibition for racers.

During the opening parts of the first few races you undercover a corrupt aspect of the police force as Lt. Frank Mercer announces his intent to punish all the street racers in the city, in any way possible.

From there, you pick up your first car, the choice of which comes from some pretty decent cars. And then you meet a mechanic and his sister, who decides to guide you around the town and introduce you to the world of street racing.

As mentioned, it’s rather predictable and pretty nondescript, but it does give you something to aim for before you start getting introduced to the vehicles. 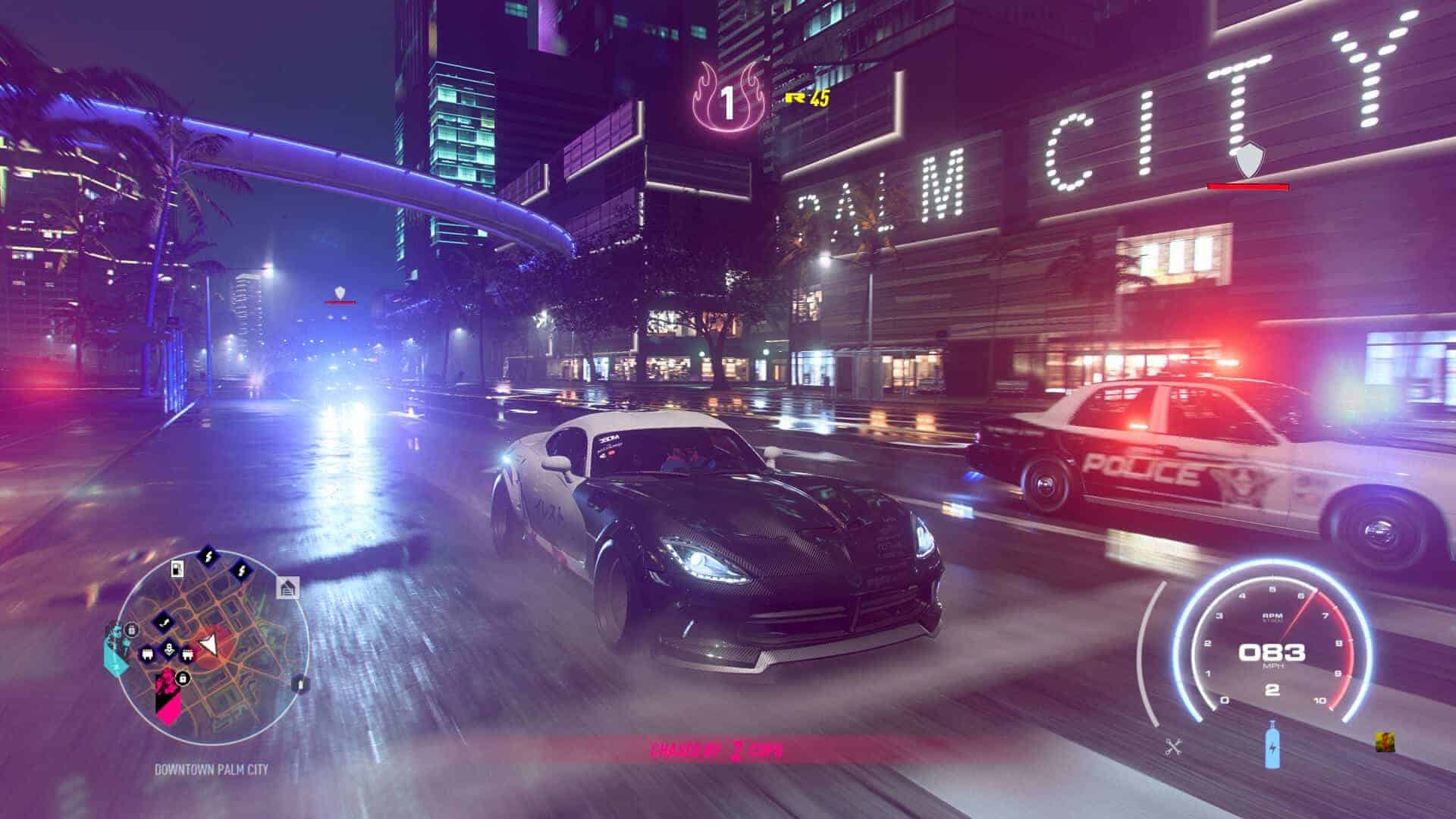 NFS Heat is set in an open-world environment and features day and night racing. It doesn’t have a 24-hour day-night cycle, but the player is able to switch between the two when in the garage.

The difference between the two is that during the day, players can get some time with sanctioned events in The League, and then at night, you can earn street cred or REP in this game and initiates the police chases.

During the day, you work to earn cash to spend on cars and upgrades, so the better you do in proper daytime events, the more you can do at night.

As you earn more REP at night, the cops get more savage with taking you down, and you have to avoid getting caught or having your car destroyed. The purpose of cops is so that when you do escape them each time, you end up earning more and more REP with the Heat Level.

The game has a wonderfully diverse garage of 127 cars on board and features some fantastic vehicles from over 30 different manufacturers. Best of all, there are no loot boxes! Hooray!

The game does keep with a traditional style of NFS by having billboards to smash, street art to collect, speed traps to trigger, and events to take part in. It feels like they have taken good points from each of the games along the years and winded up ramming it into Heat.

Graphics/Controls: Too Hot to Handle 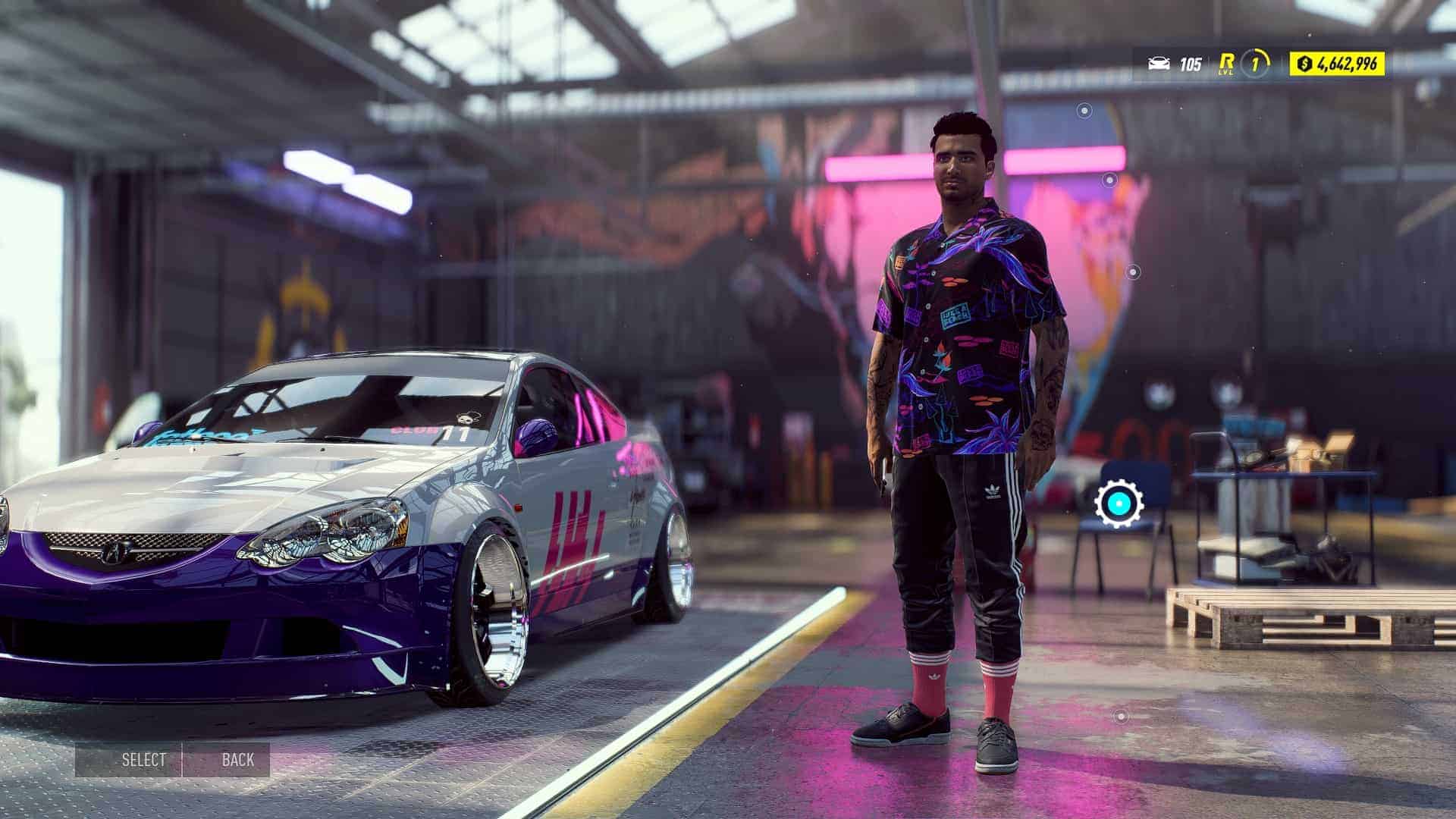 One of the major setbacks that we felt in NFS Heat is that on console, you’re limited to a racing game with a 30 frames per second limit.

On PC though, you can crank this up a bit more, but there’s definitely lag that you’ll notice if you’re someone who craves the precision of the Gran Turismo’s or Forza’s of the world. It feels like some of the cars just handle the way they handle, in an arcade-like style that isn’t very flattering for some of them.

Taking corners too is something that needs a little getting used to, as you’re able to kick the back end of the car out just putting your foot down, taking it off, and putting it down again. As if that releases some form of grease or oil that makes your car take a side-on approach to the track.

It always feels like there’s a bit of an obstacle in the way of feeling like racing properly but it’s never a horrible thing and we felt, doesn’t really detract from the game.

After all, you’re playing Need for Speed, it’s not a racing simulator. 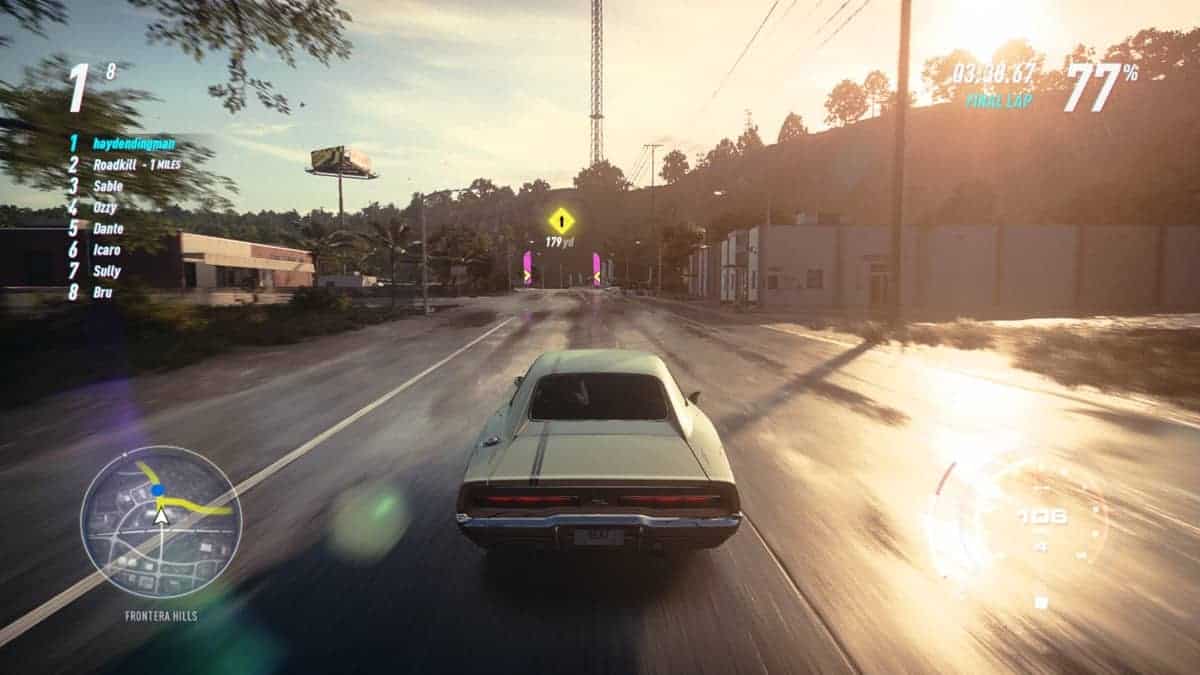 After some of the perceived negatives that we’ve covered, it’s safe to say that NFS Heat is a stunning looking game. Palm City is vast and beautiful and it’s filling with fluorescent lights, over-the-top ambient occlusion, and lighting bloom, all the things that make a Michael Bay movie glorious.

The game runs particularly well on a high-end PC rig but there seems to be a certain distinct lack of customisation options for the graphics.

Nevertheless, the game still looks like something that came out recently, so it doesn’t have any dated visuals. The daytime looks a little plainer than the night-time, but ultimately, it’s a game that has that feeling where you can sit back and enjoy the scenery, something that doesn’t happen all too often in games today.

Some parts of the visuals are a little hit and miss though because there’ll be so much detail put into the effect of rain trickling down a side panel of a car, but then not have any movement from the windscreen wipers. Perhaps those are both different departments, but either way, probably something that someone should look at.

Racing: Turning Up the Heat

The game has distinct moments that make you crave racing. Although, we found that every time you venture out into the day, you’re longing for the night-time.

But when you do head out at night, you want to be able to have the options available to you during the day. As frustrating as that sounds, it’s a unique way of keeping you entertained.

You’ll have an outer-worldly experience at night, racing against your opponents, smashing cops out the way and just dodging the law like some kind of runaway maverick, but then feel like you want to upgrade something or try a new car, something that you can only really do during the day.

Either way, the night-time offerings have far more thrill attached to them than the day, but that’s possibly because the daytime feels more run-of-the-mill racing, where night-time is danger racing. 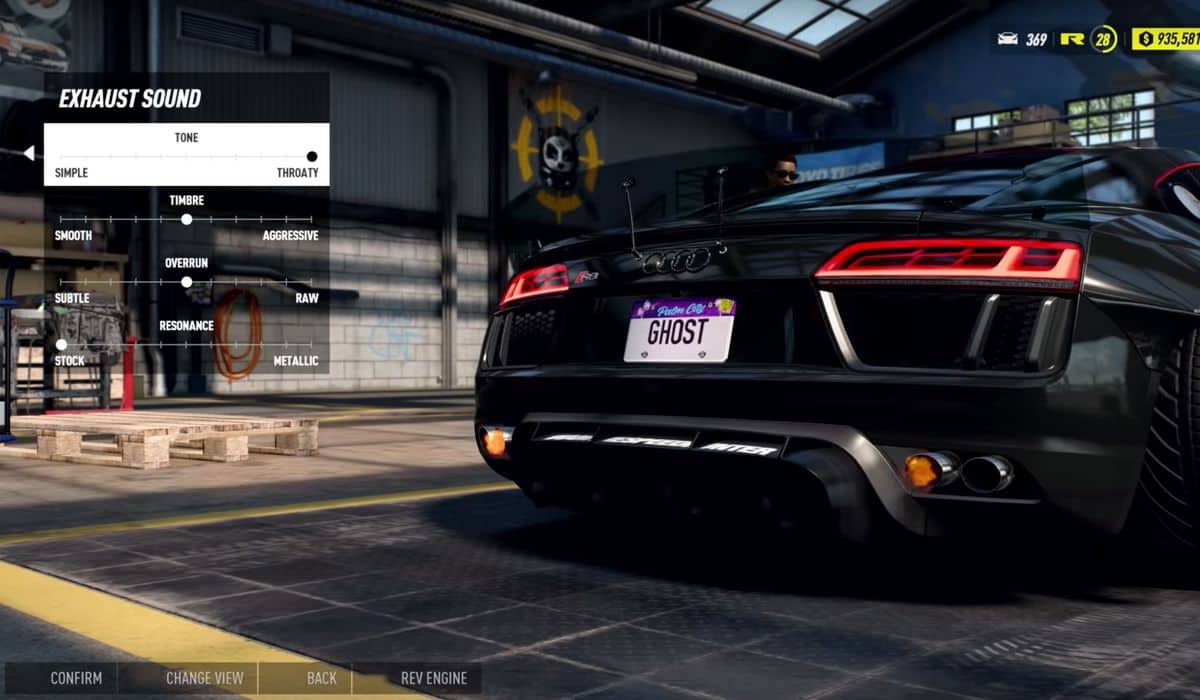 More than one found Ferrari, Heat has Ferrari added back into the game. There’s a really nice selection of Ferrari’s to use and abuse, but Toyota decided not to be part of things. A disappointment indeed.

If customisation is something you’re after then Heat might be the one for you. There is simply so much on offer if you want to completely change up your vehicle and mod it out. This means putting on spoilers, rear wings, rims, bonnets, the works!

You can add decals in a variety of colours and even change the sounds of the exhaust. These changes aren’t just visual, but you can make high-performance tweaks to your car too and putting in new engines and putting them through the paces is part and parcel of what makes a Need for Speed game fantastic.

Aside from chopping and changing your car, there’s a healthy amount of customisation on characters too and while selecting from a pre-made face is a bit of a drag, you can kit them out with a lot of swag.

Heat of the Moment

Need for Speed Heat is a quality addition to the NFS franchise and it’s a real pity that EA and Ghost Games didn’t put more effort behind the awareness of the game.

It almost snuck up on everybody after the announcement, and then suddenly it was released. There was very little press awareness behind it and EA didn’t seem too interested in punting it.

By all accounts, it’s probably something they should have done. To be fair, EA also had Star Wars Jedi: Fallen Order releasing, so it’s understandable why they put so much focus on that, but for something that’s in a completely different category, arguably for very different fans, it was a missed opportunity.

Heat quite literally brings the heat, and it’s a nice re-introduction to the franchise. Let’s hope they aren’t put off by their own lack of interest and they continue along the path to success because if they keep refining what is ultimately a winning formula, save a few bugs here and there, it could be a winner.

Not just a winner though, but perhaps to likes of the Underground once more… Brrr dum dum, three, six, nine, damn she fine… 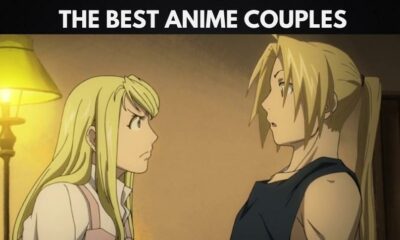 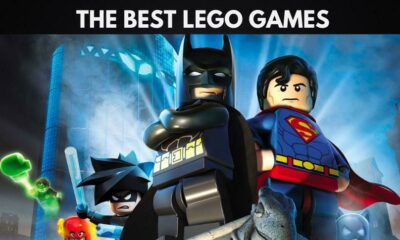 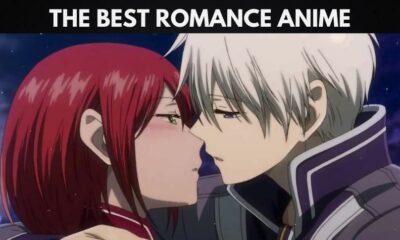