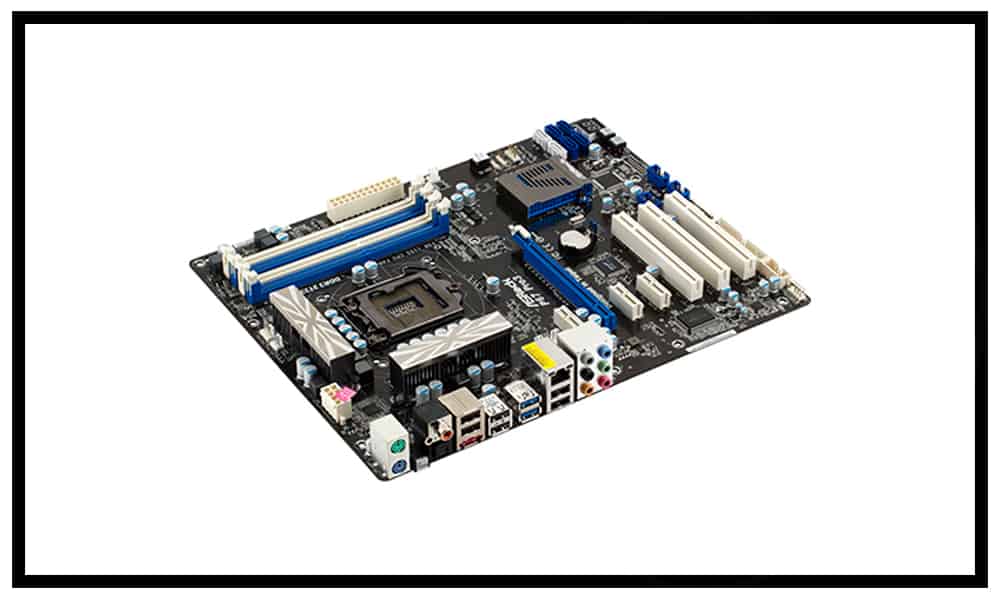 In order to begin we have our first board that is squarely targeted at the budget minded individual. The ASRock P67 Pro3 is the middle of the road motherboard, still offering quite a bit in the form of technology and features, but does not go over the top as to keep it at an affordable price point. Offering a powerful V8 + 2 power phase configuration, support for the unlocked multiplier ‘K’-series processors, USB 3.0 and even SATA III. Anyone looking at the Pro3 will definitely get a solid motherboard with a whole lot of bells and whistles.

Over the 6 months there has been a lot of talk of what the new Sandy Bridge technology would be all about. Surprisingly, most of the third hand information we received was pretty accurate. We knew the manufacturing process was 32nm, so that was no big surprise, and we knew that the processors for the 1155 socket would begin with a ‘2’ in their model numbers. We even knew the cache, cores and speeds. Truth be told, there wasn’t much that was left for us to find out.

Except for one thing: the Sandy Bridge’s performance. But now all that excitement is here and in the palm of our hands, and we can show you what it has to offer. Will the new socket 1155 Core i3, i5, and i7 processors perform as well as their 1156 socket predecessor? Will the price of having to purchase a new motherboard be worth it? If so, how long will it be before we are doing this all over again? These are precisely the questions we will try to answer for you in these coming days! We started it off with reviews of the ASUS P8P67 and P8P67 Pro, but while their price point is aimed at the mainstream market, it may not quite fit everyone’s upgrade budget.

In order to begin we have our first board that is squarely targeted at the budget minded individual. The ASRock P67 Pro3 is the middle of the road motherboard, still offering quite a bit in the form of technology and features, but does not go over the top as to keep it at an affordable price point. Offering a powerful V8 + 2 power phase configuration, support for the unlocked multiplier ‘K’ series processors, USB 3.0 and even SATA III. Anyone looking at the Pro3 will definitely get a solid motherboard with a whole lot of bells and whistles.

It is clear that ASRock is getting aggressive with the layout and color scheme of their motherboards lately, even with their mid-range models. Continuing with the black, blue and white theme, we are seeing a change in heat sink styling. Nothing like the larger heat sinks we saw in the 890FX Deluxe4, but smaller ones which are still up to the task and a unique design displayed within them. We will talk more about the cooling in a few.

The tour begins with the processor socket, which is made by Lotes. The clearance around the socket is low profile, making the decision on which heat sink to choose a lot simpler, and certainly broader. However, while the mounting size has changed, if you look closely you’ll see ASRock has designed the board with mounting holes for the socket 775 and 1156 coolers. So if you already have a high end model HSF you can continue to use it, saving a nice chunk of change that could go towards any number of other upgrades. To deliver stable power to the CPU and memory controller the P67 Pro3 uses an 8+2 phase power configuration. The motherboard supports all of the new socket 1155 processors, including the unlocked ‘K’ series. Also, if you haven’t read it yet, the P67 chipset does support Intel’s Hyper-Threading and Turbo Boost 2.0 technology.

Memory support is not lacking in this mid-range motherboard either. Hoping for higher memory frequencies than the native DDR3-1333 on the current models of processors (higher end ones will support 1600), the Pro3 supports DDR3 2133(OC)/1866(OC)/1600/1333/1066 non-ECC, un-buffered memory. We have discovered that the ‘K’ processors will not support FSB increasing but only multiplier increasing so these higher memory clocks will be a must for increased performance. Each DIMM slot can support up to 8GB modules, for a total of 32GB of memory being possible. Sitting to the side of the DIMM slots is the ATX power connector.

The P67 Pro3 has a total of six SATA ports: two SATA III and four SATA II. Both protocols support RAID 0, 1, 10 and 5. When using the eSATA III on the rear of the motherboard one must know that it shares resources with the first SATA III (SATA3_1). Like most of the ASRock boards we have seen lately there is on-board power and reset buttons, as well as a Dr. Debug LED display for POST code troubleshooting.

Looking at the slot layout the first thing we noticed was there being  just one PCIe x16 slot. Naturally, this tells us there is no Crossfire or SLI support, which ASRock is leaving that for the higher-end models. There are, however, three PCIe x1 and three legacy PCI slots for further expansion. Early news indicated there was no native support for legacy PCI in the P67 chipset, so in order to get them on such a motherboard the manufacturers were left with adding an integrated PCIe-to-PCI adapter.

The rear I/O panel presents us with the usual suspects: dual PS/2, coaxial and optical S/PDIF connectors for the digital audio. An eSTATA III (in red), then eight total USB connections, two of which are the blue USB3.0. A 10/100/1000 LAN port, controlled by the Realtek RTL8111E, and rounding us out are the six 3.5mm analog audio jacks; powered by ALC892. Lastly we finish with the ever useful external clr CMOS button, which sure beats pulling the battery or moving a jumper to clear the CMOS config.

Under Fan Control you have rights to any fan that is connected to any of the motherboard fan headers. You can adjust the fan speed manually if you wish, or set it to Temperature for automatic speed control to keep the CPU or motherboard under a certain temperature.

The Overclocking section is where we spent the most time. You can adjust the BCLK and CPU Ratio within the program, as well as adjust the voltage to help you attain the best possible overclock. You can also check the option box at the bottom so when you load AXTU those settings are applied. Additionally you can also check the box in the bottom right corner and when combined with the Auto Apply setting, will load the program at Windows start up, plus automatically apply your configured tuning.

After changing all the perimeters of the system you can save them as a profile in order to use them later.

If you want to save your hard earned dollars on the electricity bill, then enabling the IES function will shut down phases of the motherboard, and thus save power when less performance is needed.

The new UEFI BIOS interface is implemented on all the current ASRock P67 motherboards. The new interface allows you to navigate the BIOS using your keyboard as well as your mouse.

There isn’t too much to overclocking the Sandy Bridge processor. Well until someone can come up with a way to unlock the hold that Intel has on the chipset, whereby enabling independent BCLK control. But with all the testing we have done on other Sandy Bridge motherboards we had no issues with overclocking this one. Enabling Turbo Mode in the BIOS gives us access to the CPU Ratio option. Since we are reviewing this motherboard with a brand new retail version of the i5 2500K processor we started the multiplier at x44. No problem. Neither was x45 and x46. We ended the test at x47 with the CPU requiring 1.4 volts. Then we tried to up the BCLK just to see what would happen. A system lock up is what happened! Wouldn’t even let us go past 102MHz. Regardless, it is a healthy 1.4GHz over the default 3.3GHz, for an overclocked speed of 4.7GHz.

Maxon Cinebench
CINEBENCH is a real-world test suite that assesses your computer’s performance capabilities. MAXON CINEBENCH is based on MAXON’s award-winning animation software CINEMA 4D, which is used extensively by studios and production houses worldwide for 3D content creation. MAXON software has been used in blockbuster movies such as Spider-Man, Star Wars, The Chronicles of Narnia and many more.

Super PI Modded 1.5
In August 1995, the calculation of pi up to 4,294,960,000 decimal digits was succeeded by using a supercomputer at the University of Tokyo. The program was written by D.Takahashi in collaboration with Dr. Y.Kanada at the computer center. This record should be the current world record. (Details are shown in the windows help.) This record-breaking program was ported to personal computer environment such as Windows NT and Windows 95. In order to calculate 33.55 million digits, it takes within 3 days with a Pentium 90 MHz, 40 MB main memory and 340 MB available storage.

Tech ARP x264 HD 3.15
Simply put, it is a reproducible measure of fast your machine can encode a short HD-quality video clip into a high quality x264 video file. It’s nice because everyone running it will use the same video clip and software. The video encoder (x264.exe) reports a fairly accurate internal benchmark (in frames per second) for each pass of the video encode and it also uses multi-core processors very efficiently. All these factors make this an ideal benchmark to compare different processors and systems to each other.

Square Enix Final Fantasy XiV
FINAL FANTASY XIV takes the first intrepid steps into an unknown realm, and in doing soa new place for adventurers of all creeds to call home is born — Eorzea.
In the world of Hydaelyn, the term Eorzea denotes the geographical region comprised of the continent of ldenard and its surrounding islands, as well as the civilization which spawned there. Calling the area home are several independent city-states,the most notable being Limsa Lominsa, bustling port and pirate hub;Ul’dah, a desert city rich in mineral wealth; Gridania, nested deep within an ageless wood; and Ishgard, bastion atop the mountains.

We have reviewed many motherboards from ASRock over the years. During that time we have seen them develop into one hell of a motherboard manufacturer. Each generation of motherboard we have seen ASRock up the ante. From the days of teal green motherboards with the aux power connector placed in the middle of the board, to the nice black PCB motherboard of the P55/X58 series, each step ASRock takes just gets better and better. This current generation with the P67 chipset we have seen ASRock advance in their Windows based overclocking application and overall overclocking ability. The AXTU is an easy to use application that will allow you to adjust BIOS settings from within Windows. When it came to overclocking we achieved an amazing 4700MHz overclock from our retail version Intel Core i5 2500K, with little voltage increase being needed. One thing about the Pro3 is that it is priced very decently at about $130, and can currently be found at NewEgg for $123.99. At this price you will not break the bank and get a very good motherboard. 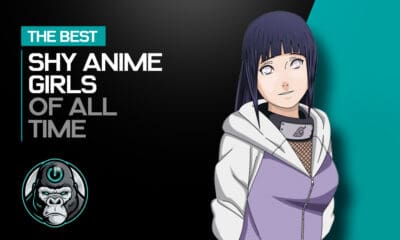 The 25 Best Shy Anime Girls of All Time

Who are the best shy anime girls of all time? If you’re an anime fan, then you know that shy... 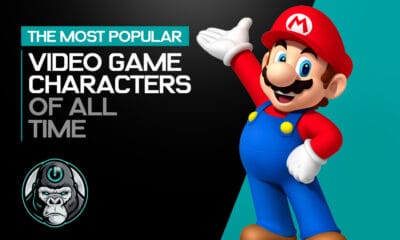 The 25 Most Popular Video Game Characters of All Time

Who are the most popular video game characters of all time? Video games are nothing without compelling, memorable characters, and... 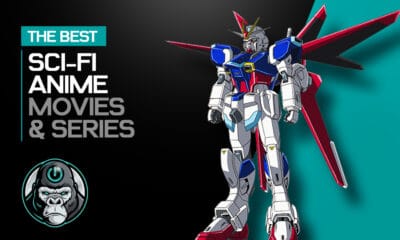 What are the best sci-fi anime movies & series? Sci-fi is widespread in anime, and there is no shortage of...