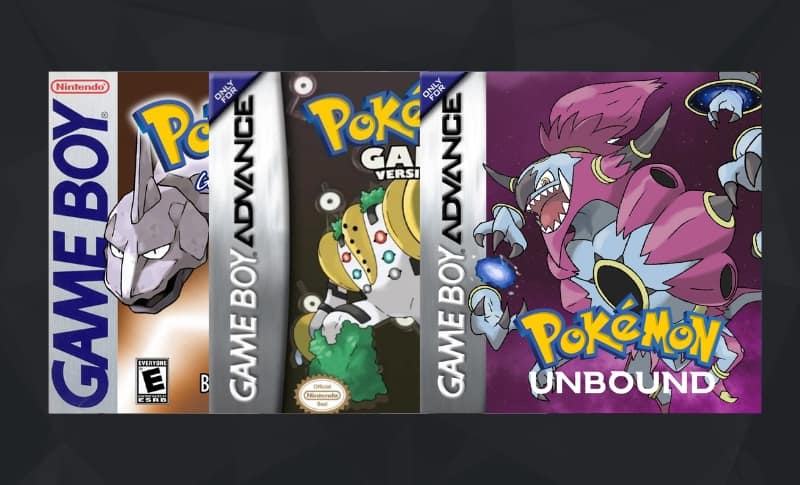 This is the complete collection of the 10 best Pokémon ROM hacks that you can currently play if you just want to catch ’em all.

Pokémon is a phenomenon that has been going strong since 1996, and so far, over 70 official games and spin-offs have been created.

However, there are also over 1000 ROM hacks made by fans based on the official games, but they often offer a brand new Pokémon experience.

With so many ROM hacks available, it can be challenging to know which ones are worth playing, so we’ve rounded up the top Pokémon ROM hacks you can play right now. 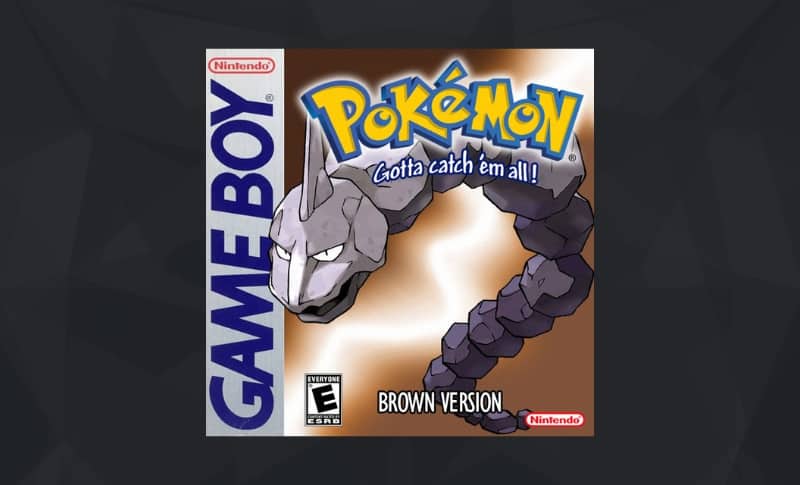 Pokémon Brown is a ROM hack of the original Pokémon Red, and it gives players a chance to explore the Rijon region, which includes five new elemental types of Pokémon.

Along with the 151 Pokémon available to catch from the original game, there are also 73 brand new “Fakemon” that have been specially created for the game that you can train.

This game was one of the first-ever ROM hacks, and you can even use some of the 10 best Pokémon Red cheats while playing it.

Despite being around for a while, Pokémon Brown was updated by its original creator in 2014, so if you want to play it yourself, you’ll want to grab that version! 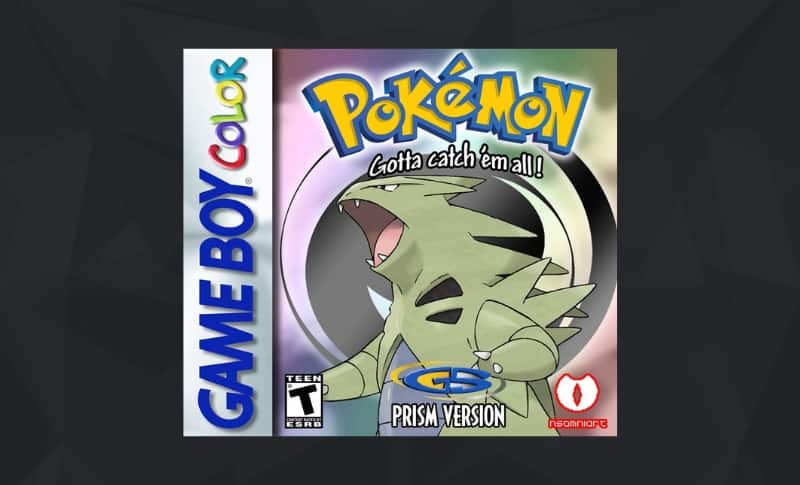 Pokémon Prism takes our number nine spot and serves as a sequel to Pokémon Brown, picking up where the previous game left off.

This time, players can explore the Naljo region and return to the Rijon region from Brown after completing the Pokémon League.

It contains all 225 Pokémon from the previous game and 28 new ones that can only be found in Naljo.

If you enjoyed playing Pokémon Brown, Prism is a game we highly recommend picking up since it is a fantastic sequel that is very hard to put down! 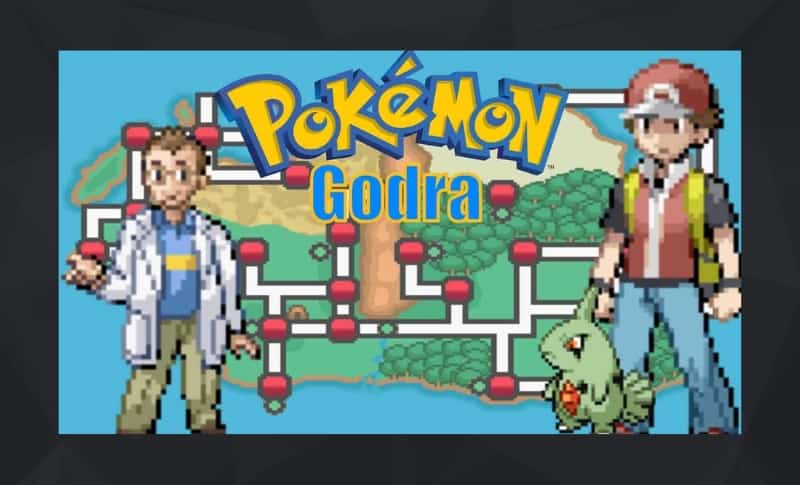 Pokémon Godra is one of the 10 best Pokémon fan games ever made, and it features many RPG elements that give players a lot of choices in which branching storyline they experience.

In this game, you can join the military, become a Safari Zone Warden, be a War Party Leader, or enter the Elite VI.

There are 129 starter Pokémon to choose from, and you can really get creative with how you build your character and your team.

If you’re a fan of Pokémon and RPGs, Pokémon Godra is a ROM hack you won’t want to miss out on. 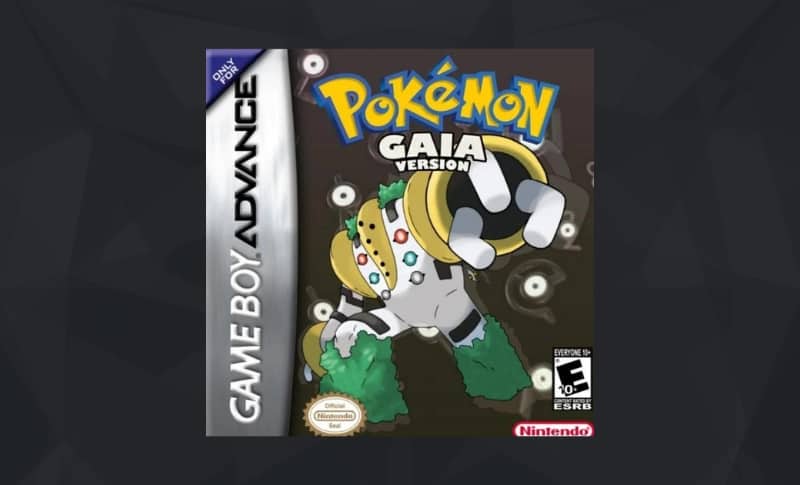 This FireRed ROM hack takes place in the region of Orbtus, a land filled with relics and ruins from an ancient civilization.

If you’re interested in history and uncovering ancient mysteries, Pokémon Gaia is one of the 10 best ROM hacks you can play. 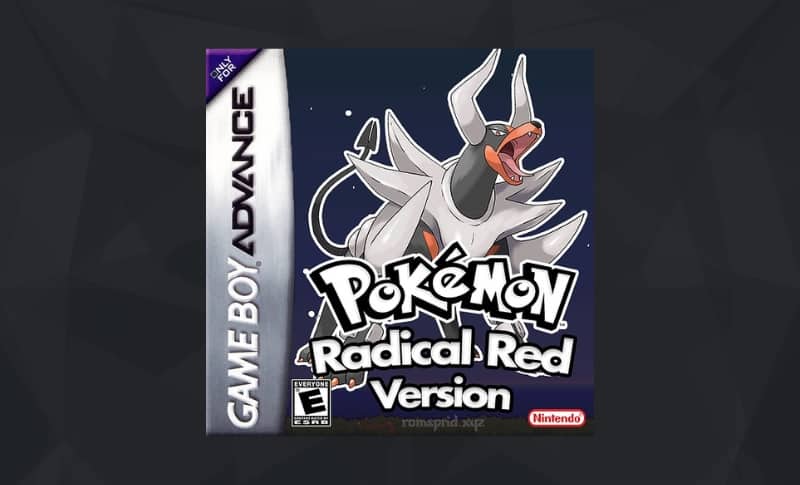 Pokémon Radical Red is a ROM hack of FireRed, and it is geared toward players who want more of a challenge.

Radical Red is a tough game featuring above-average difficulty, and you will have to pay attention to how you build your team if you want to reach the end.

Of course, you can always use some of the 10 best Pokémon Radical Red cheats if you need a hand, but otherwise, you will have to get good fast!

We recommend this game if you love FireRed but want to try completing it on super hard mode! 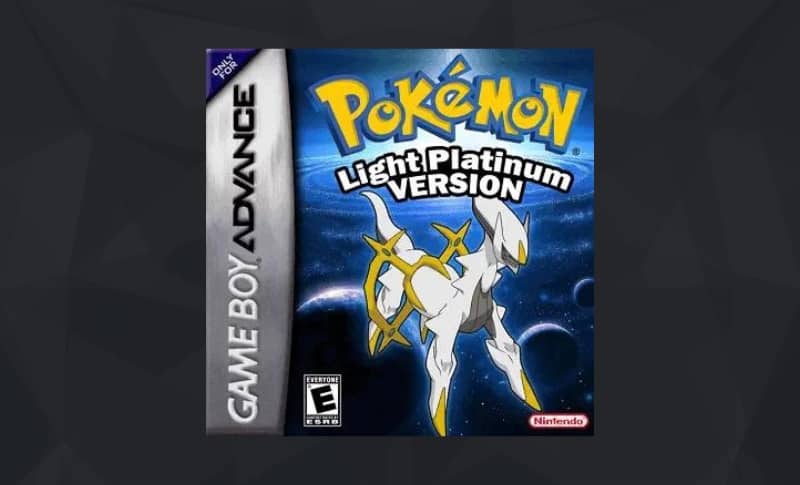 Pokémon Light Platinum is one of the most well-known ROM hacks from the Gameboy Advance era.

While it is a modification of Pokémon Ruby, this game is also loosely based on Pokémon Platinum, featuring Giratina, Palkia, Arceus, and Dialga as the centerpieces of the story.

This ROM hack also adds a Pokémon World Championship event and overhauls the Pokémon League by replacing all of the standard Gym Leaders with members from the Elite IV.

Furthermore, you can also use some of the 10 best Pokémon Light Platinum cheats if you want to customize your gameplay experience even more! 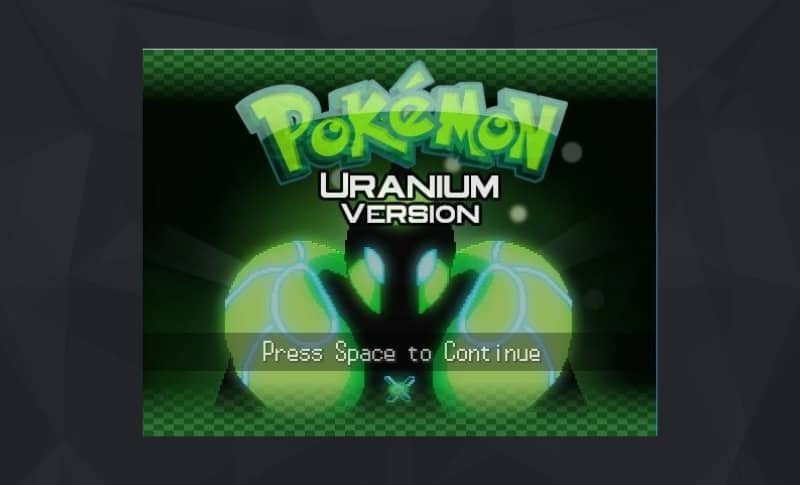 Pokémon Uranium gained a lot of attention in 2016 after being shelved by creators following a campaign by Nintendo to have it removed from circulation.

Fortunately, once something is put on the internet, it never truly disappears, and by the time the creators took down Uranium, it had already been downloaded over 1.5 million times.

Today, it is relatively easy to find this ROM hack, and it features 190 Pokémon, including many new Fakemon that you can’t find in other existing Pokémon games.

Set in the Tandor region and featuring eight unique Gym Leaders you can beat, we highly recommend checking out this title. 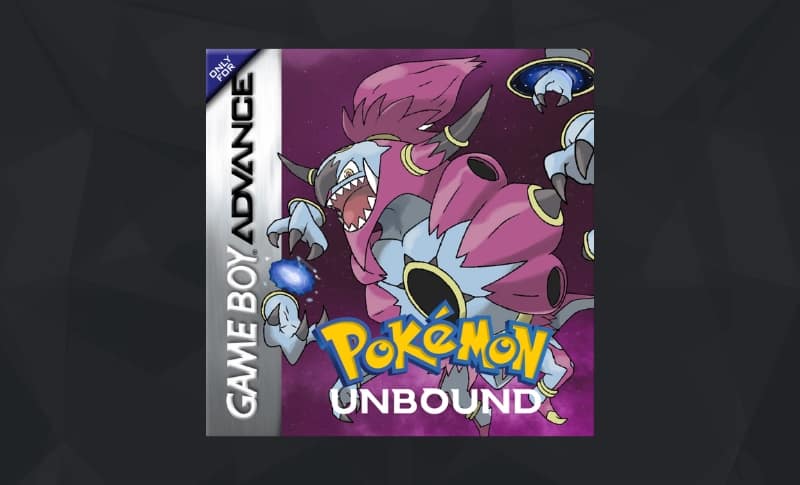 Pokémon Unbound is another ROM hack of FireRed, but it comes with its own original story and updated graphics.

There are new areas to explore, loads of side quests, and hundreds of Pokémon to capture and train, so it’s easy to spend hours trying to experience everything this game offers.

Unbound also features Mega Evolutions and Z Moves as of its latest update, plus a ton of post-game content that will keep you engaged long after the main story is finished!

If you’re looking for a great Pokémon game with a well-written original story, you’ll definitely want to check out Unbound. 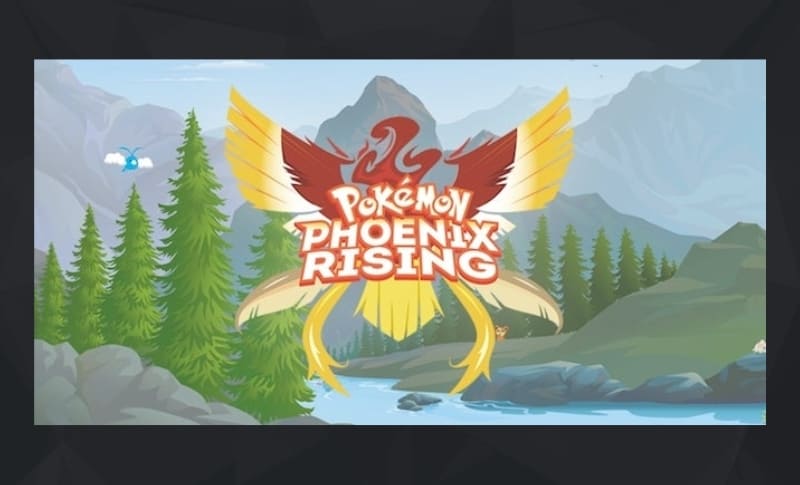 Set in the Hawthorne region, Pokémon Phoenix Rising is another ROM hack that incorporates many RPG elements, including a branching storyline that depends on your choices.

Aside from rivaling the 10 best Pokémon games of all time, Phoenix Rising also includes Mega Evolutions and unique Relic Pokémon, which are some of the coolest creatures in the game!

Better still, the team that developed Pokémon Phoenix Rising hasn’t abandoned it, so it is likely it will continue receiving updates in the future.

We wholly recommend checking it out for yourself if you want a sleek, well-designed, and unique Pokémon experience. 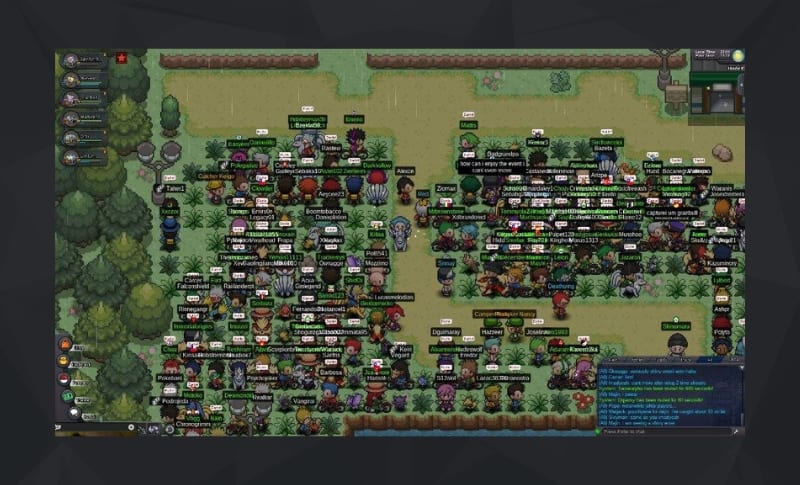 Taking our number one spot is Pokémon Revolution Online, and we can’t help but marvel over the sheer scale of this game.

While it is an MMO, it allows players to explore the Kanto, Hoenn, Sinnoh, and Johto regions while trying to capture Pokémon from all seven generations.

You can also create guilds with your friends and participate in numerous mini-games and side quests around the map.

Best of all, like the 25 best free MMORPG games, Pokémon Revolution Online costs nothing to play, and it is worth trying out if you’re a Pokémon fan who wants to catch em’ all with friends.

Pokémon is one of the biggest franchises and fandoms in the world, and you’ll be hard-pressed to find anyone who hasn’t at least heard of it.

Although there are plenty of official Pokémon games to play, there are also loads of fan games that creators have put a ton of effort into that allow players to experience the world of Pokémon in a unique way.

These 10 ROM hacks are the best of the best; they are all ones you can download if you’ve already beaten Pokémon Scarlet and Violet and need something new to play.

What do you think of the 10 best Pokémon ROM hacks? Leave a comment below.