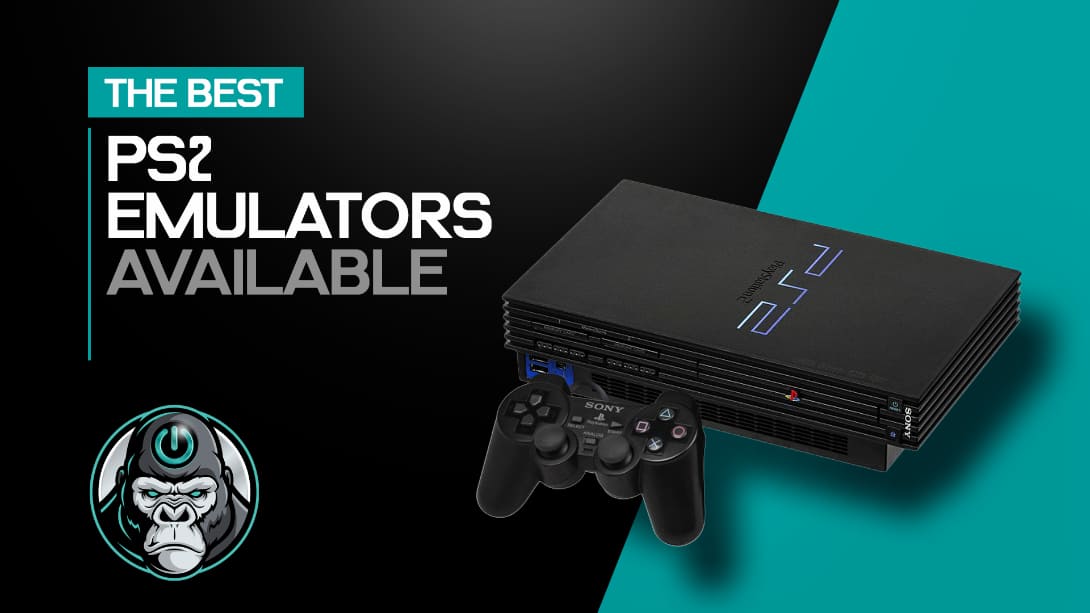 What are the best PS2 emulators of all time?

The PlayStation 2 is Sony’s most popular gaming console, and it remains the best-selling console, even today.

Because of the enormous popularity surrounding the PS2, it was inevitable that emulators would be created, first for the PC and later on Android devices, as smartphones became more powerful.

If you don’t have a PS2 but still want to replay some of your favorite games, an emulator is going to be something you definitely want to download.

The Best PS2 Emulators of All Time

There are a lot of PS2 emulators for Android and PC, but not all can provide a smooth and enjoyable experience.

To ensure that you’re able to find the best emulator and jump into the gameplay, we’ve done our homework, so you don’t have to.

Here’s our list of the 10 best PS2 emulators of all time: 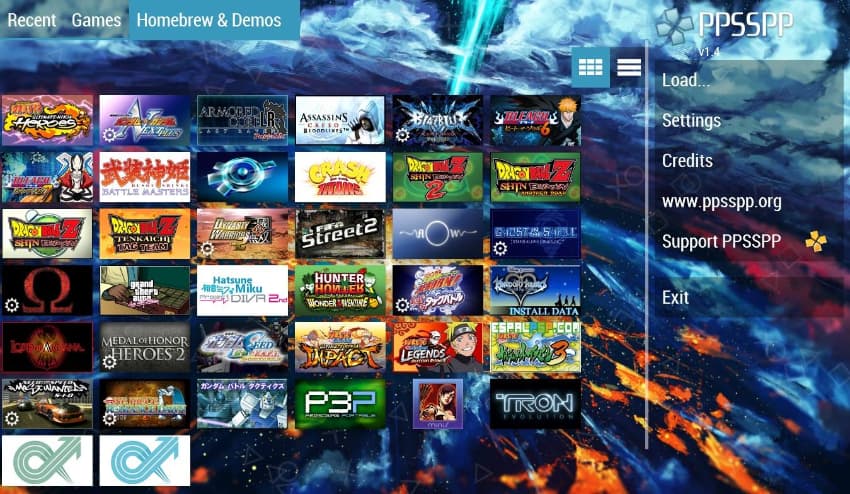 The PPSSPP emulator is one of the best android emulator options that you can download for free, and it is designed with performance and graphics in mind.

It supports both PS2 and PSP games, as well as a multiplayer mode, which is very impressive for a mobile emulator.

Along with this, the user interface is incredibly smooth and user-friendly, meaning that you don’t have to be a veteran user to start using it.

That said, like many others of its kind, it isn’t immune to bugs and crashes if the device you’re running it on doesn’t have the capacity for configuration.

However, most new smartphones will run this app well, and it can even run some of the best racing games at optimal speed without framerate drops.

There is also a PPSSPP Gold version available on the Google Play store that includes a few extra features and, for only $4.99, it can be worth buying if you like the free version, as it helps to support the developers so they can continue supporting this emulator. 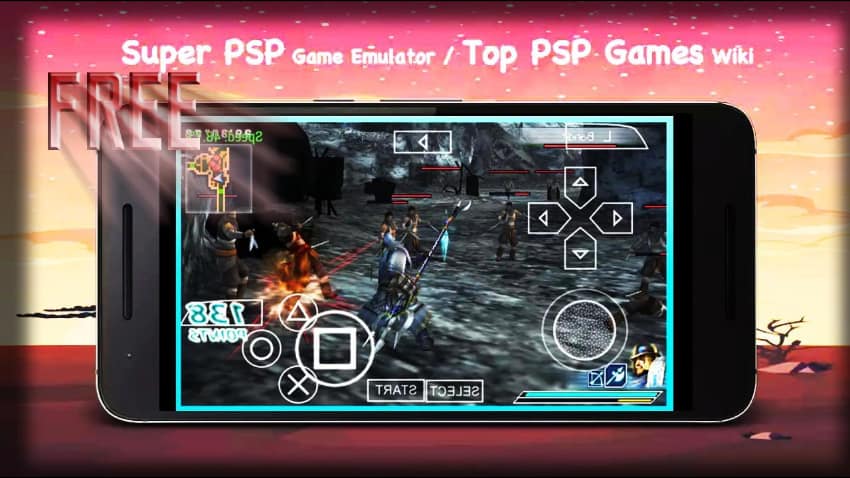 The interface is also user-friendly and easy to understand, making it a good choice for beginners who may not be used to more complex emulators.

In terms of features, the Pro PlayStation supports save states, on-screen controllers, GPU rendering, and compatibility with many RAMs.

While its main downside is that some games may not run correctly due to this app’s cross-platform application, the games that do run benefit from improved resolution and performance.

Keep in mind that this emulator isn’t available on the Google Play store and instead needs to be downloaded via a site such as APK Pure and then installed from the downloaded file. 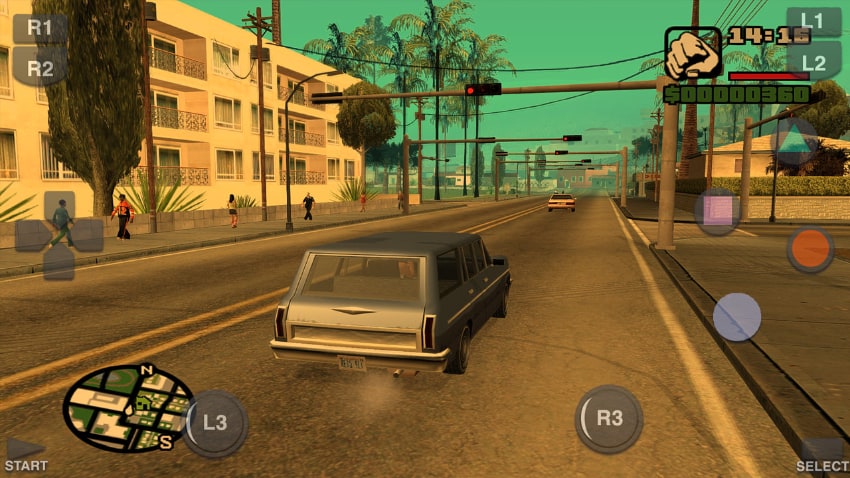 PTWOE is another great emulator for Android smartphones, and it can currently be downloaded in two versions.

Each version of this emulator has a unique interface, and they each have pros and cons when it comes to speed, stability, and bugs.

To find the best one for you, it’s advised to try them both on your android phone to gauge their functioning.

Although PTWOE used to be available on the Play store, it has since been removed for reasons that were never disclosed. However, you can still download this app via the official site.

It is worth keeping in mind that this PS2 emulator requires a bit of work to get it running, as users will need to download the BIOS file and create a separate folder with it in the app’s directory.

Thankfully, the official site has a step-by-step installation guide so that you don’t have to be an expert to get this PS2 emulator up and running.

All of that being said, once you do get it installed, this emulator supports a lot of the best PS2 games, such as GTA Vice City. 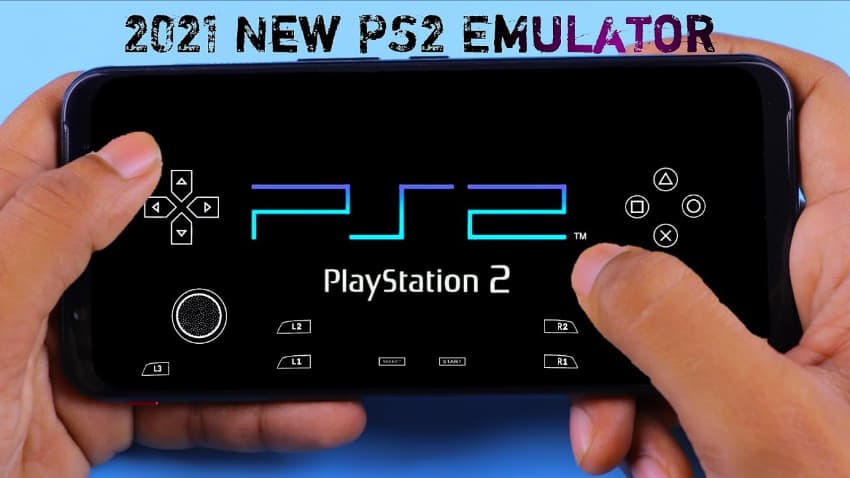 The PS2Emu emulator is a solid emulator for the PC, and it has a lot of promise.

Starting out as a test for different techniques that would allow for faster emulation, the PS2Emu is an experimental program with a basic interface.

While it may seem simple, it isn’t the best option for beginners as it does require additional plugins that aren’t included in the initial download.

The emulator itself has lost a lot of momentum since its conception and original release, which is unfortunate because it does have a lot of promise and the ability to function quite well.

While it may not be the best PS2 emulator for the PC on this list, it is worth including for veteran emulator users looking for an alternative to experiment with. 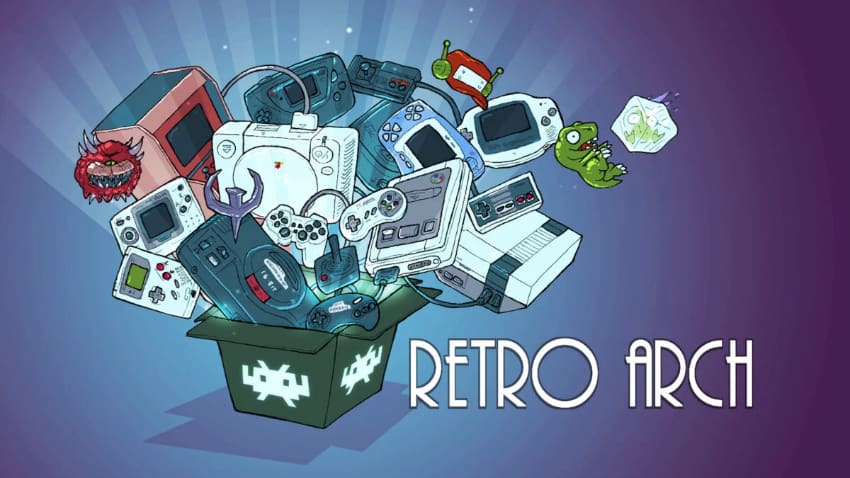 Retroarch is the ultimate all-in-one PS2 emulator for the PC, and it is pretty unique compared to others on this list.

As opposed to being a single emulator, Retroarch is a compilation of different emulators that enable users to play games designed for numerous consoles.

Retroarch is highly customizable, and game performance can be tweaked and improved to provide the best gameplay possible.

It is also intuitive and features a sleek interface that isn’t overly complicated for beginners.

While this emulator is on par with the best PS2 emulators on the market, it can be a tad difficult to set up initially, and configuring all of the settings to your liking can take time.

You’re definitely not going to be able to download it and immediately start playing, but once you do get it set up, it’s easy to see why it is one of the best PS2 emulators you can download. 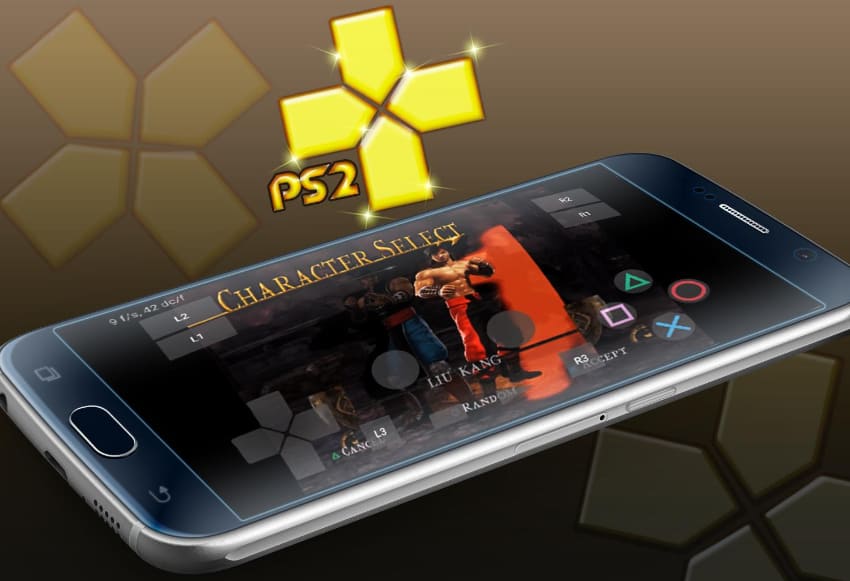 Another emulator for Android phones, the Golden PS2 emulator, is one of the most popular and reliable options that you can get.

Supporting around 90% of all PS2 games, this reliable emulator is free to use, easy to install, and doesn’t require any additional BIOS files or plugins to function. It also allows users to play a good number of PS3 games as well.

Compatible with Android 4.4 and above, the Golden Ps2 emulator is popular because of its multi-threading support, which allows it to have impressive speed.

Gamers also enjoy the ability to save and load games right from their SD cards, a feature that makes playing longer games like GTA San Andreas even easier.

Although there are some minor glitches and bugs reported with this emulator, this is par for the course, and most aren’t significant.

The only real downside of this emulator is that it isn’t available on the Google Play store, meaning it needs to be installed from the website and installed manually. 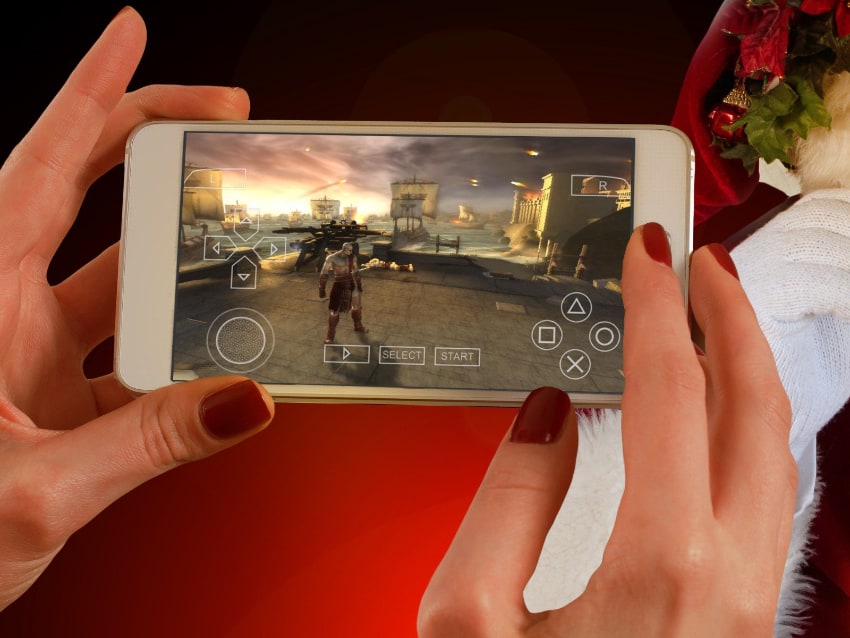 Play! has been around for a while, but unlike other emulators that have been abandoned, this emulator is still being improved.

While it may not take first place for the best PS2 emulators, Play! is still a solid alternative for gamers looking to play on various devices.

The great thing about Play! is that it works on Android smartphones, Windows PC, Linux, macOS, and iOS, meaning that almost everyone has access to this PS2 emulator.

This Ps2 emulator also doesn’t require users to jump through a lot of hoops during installation, and coupled with the customization options; there isn’t any doubt that this is one of the best emulators around today.

That said, it isn’t available on the Google Play store and will need to be downloaded directly from a hosting site like Purei.

However, once it is installed, users will have no trouble running classic games like GTA, Final Fantasy, Mortal Kombat, or any of the best fighting games with very minimal frame rate drops. 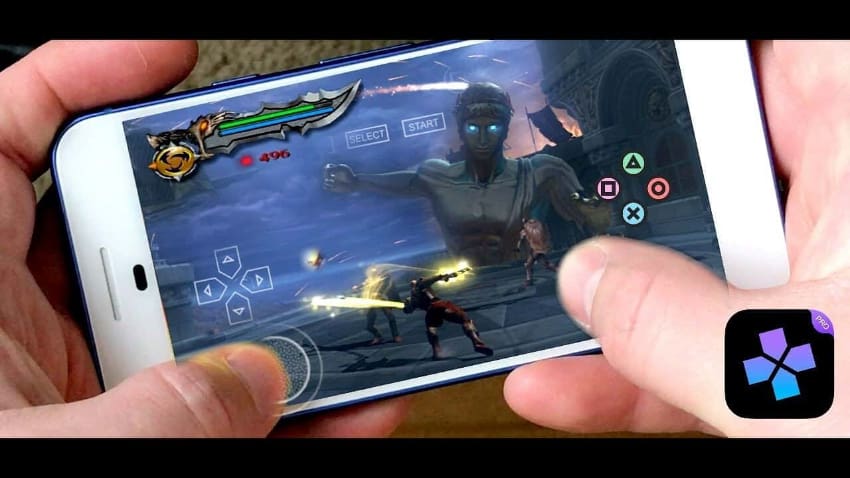 Similar to PPSSPP, Damon PS2 has both a free-to-use and a paid version.

The product of the Chinese company Damon Play Technology, this emulator was explicitly created for Android phones, and many users praise it as one of the most reliable and fastest emulators for Android.

Almost any PS2 game can be played on this emulator, and you can even play PSP games, which makes it hugely beneficial for fans of these older titles, and many of the best GTA games will run on this emulator nearly perfectly.

With widescreen support, multi-threading, memory card compatibility, neon acceleration, and the ability to bypass the BIOS boot game, DamonPS2 is incredibly well designed and easy to use.

Although it doesn’t support fast-forwarding or frame-skipping and the graphics are limited in the free version, because this emulator is still being supported by developers, it’s possible that more features will be added in the future.

Having said that, if you use the free-to-play version and enjoy it, the Pro version will only run you $9.99 on the Google Play store, and it definitely is worth investing in if you enjoy the emulator and the PS2 and Sony PSP games that you can play on it.

Plus, purchasing the app helps the developers continue to maintain and update it! 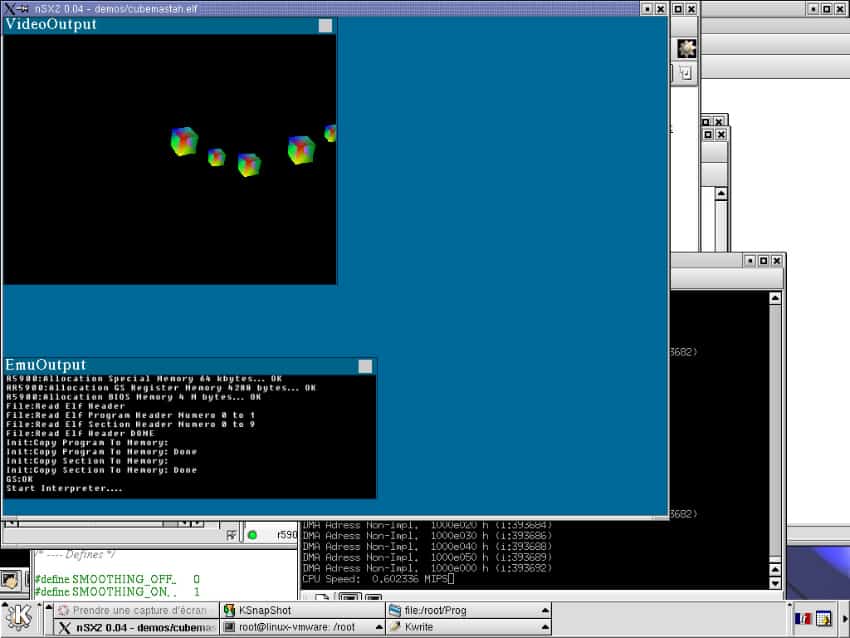 The NSX2 has been around for almost 19 years, and it is one of the most developed PS2 emulators for Windows PC.

As one of the first PS2 emulators to be created, the NSX2 is easy to use, and you only need to open any of the ROM files on your computer to get started.

However, while it can play PS2 titles, the list of compatible games isn’t extremely long; this emulator is a godsend for those looking to try their hand at creating their own emulators.

Because the NSX2 is entirely open-source, anyone can use it, and it serves as a great DIY tool kit if you are interested in testing out your skills as a developer.

While definitely not the plug and play option that many people are looking for, this emulator has had a huge impact on the creation of other emulators, which definitely earns it the number two spot on our list.

The PCSX2 emulator is by far the best PS2 emulator you can download today, and it has a nearly 100% compatibility rate, making it the go-to for gamers looking to play some of the best commercial games.

This emulator has all of the best features, including HD resolution, texture filtering, and anti-aliasing, which help to make all of your favorite games look incredibly gorgeous.

It also allows you to save games at any time and load without risking the loss of any progress.

If that wasn’t enough, it is compatible with any controller your computer can support, and you can even record your gameplay in full HD by using a hotkey of your choice.

Ever wished you could stream GTA III in high resolution? Well, with this emulator, you can!

What really sets this emulator apart from the rest is the sheer amount of games you can play on it. Seriously, you can play all 2,691 PS2 games on the PCSX2 except for one — It’s Real Gold World — due to control restraints.

With an impressive lineup of compatible games, coupled with all these features, there is no question that PCSX2 is the best PS2 emulator available today.

The PlayStation 2 is still incredibly popular today, but unfortunately, not everyone has access to the consoles since they were discontinued in 2013.

Thankfully, PS2 emulators help bridge the gap and allow gamers to replay their favorite PS2 games on their PC or smartphone and often with improved graphics!

While not all emulators provide the same experience, have the same advanced features or ability to play certain games, these 10 are the best of the best that anyone looking for an emulator should try.

Here’s a quick recap of the 10 best PS2 emulators of all time:

If you enjoyed this list, check out our other emulator articles:

What’s your favorite PS2 emulator? Leave a comment below. 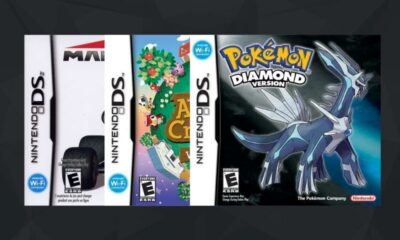 The 50 Best Nintendo DS Games of All Time 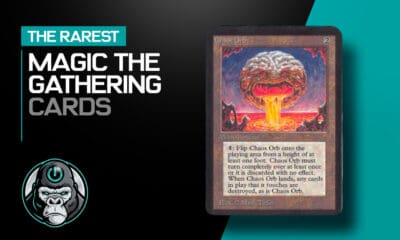 The 15 Rarest Magic The Gathering Cards 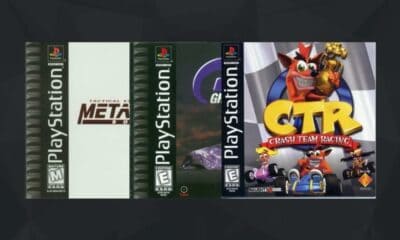 The 50 Best PS1 Games Ever Created