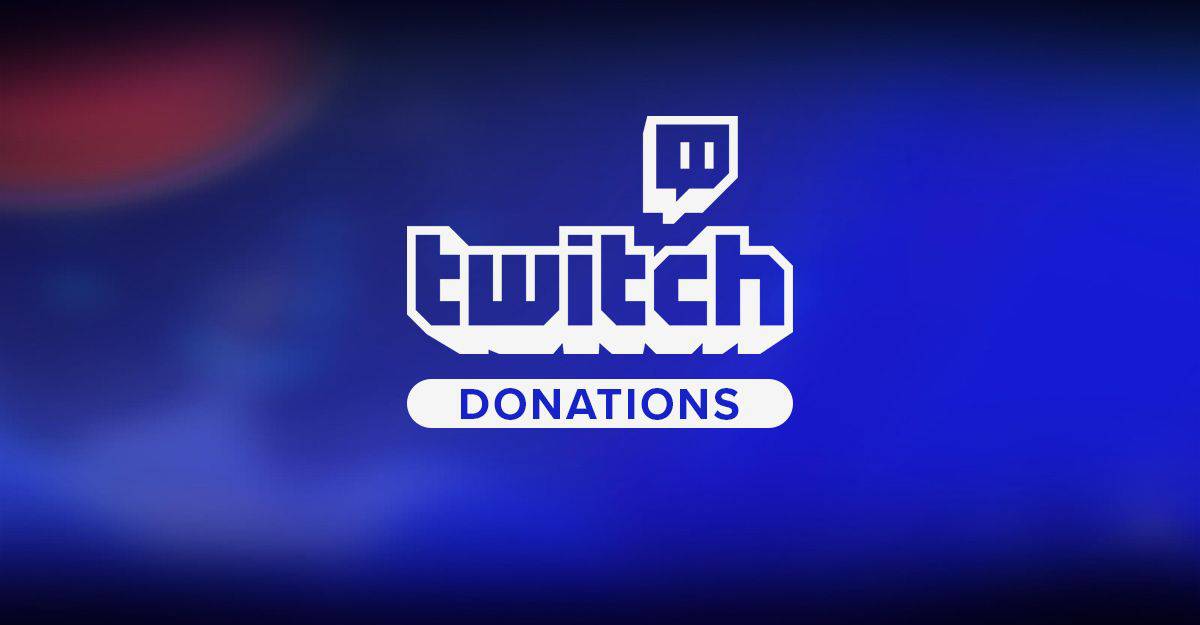 What are the biggest Twitch donations of all time?

From $10,000 to $1 million, we’ve created a list of the biggest Twitch donations in the streaming world. Some of these donations were by random strangers, some by other streamers, and even by Twitch itself.

It’s always exciting to see huge donations come in—especially when it’s by someone famous, such as Pokimane or Mr. Beast.

Many Twitch streamers continue to stream, hoping that they’ll land a whale one day. Others stream for the love of the game and are completely blindsided when they receive a large donation.

So, let’s take a look at the biggest donations on Twitch, who sent them, and how the streamers reacted when they opened their PayPal account.

The Biggest Twitch Donations of All Time

Here’s our list of the 10 biggest Twitch donations of all time: 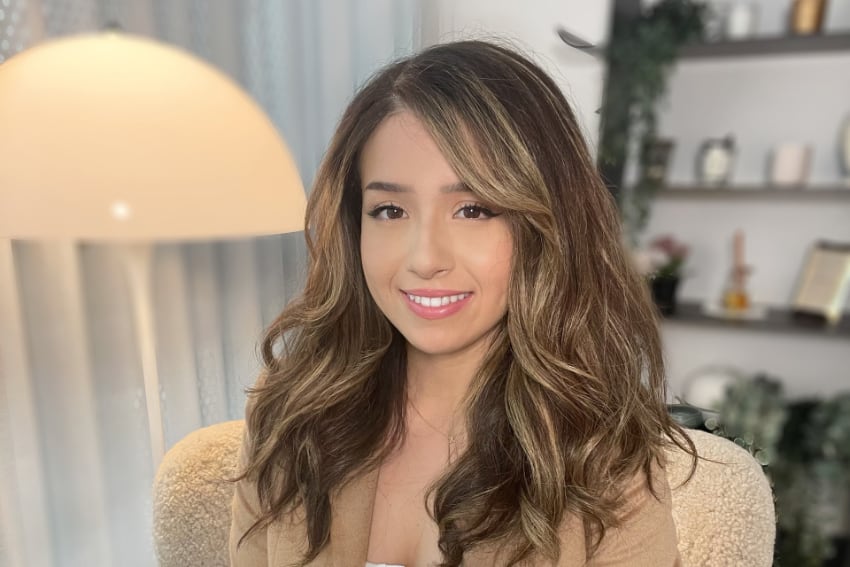 Let’s start off this list with something a little different—a donation that goes in the other direction.

Pokimane explained that the donations were her way of giving back, “Everything I have is thanks to this amazing online community and the support I’ve garnered through it.”

She also remarked that $10,000 is a lot more than she’s ever spent on anything. Though she may be making a lot of money, she’s not in the habit of spending to excess. 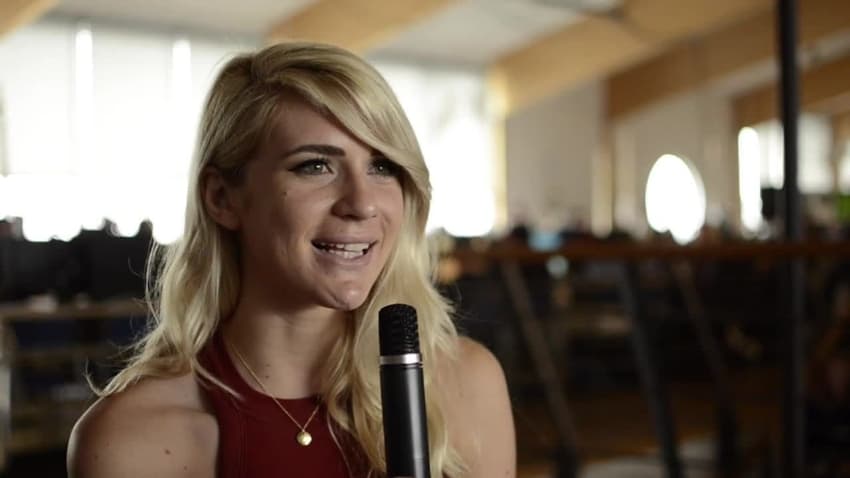 Hearthstone Twitch streamer LegendaryLea was gifted $22,000 during a stream by a notorious donor named Amhai.

Amhai is known for starting with fairly small donations and then slowly ramping those donations up if the streamers appear to be appreciative.

This monstrous donation wasn’t out of character for him—it’s not even one of the largest Twitch donations he gave. It’s believed that he’s given out over $100,000 to Twitch streamers thus far.

But it appears as though Amhai is earnest, as he seems to develop relatively long-running relationships with the streamers that he loves.

Amhai is going to appear on this list a few more times, as he’s responsible for many of the largest Twitch donations of all time. 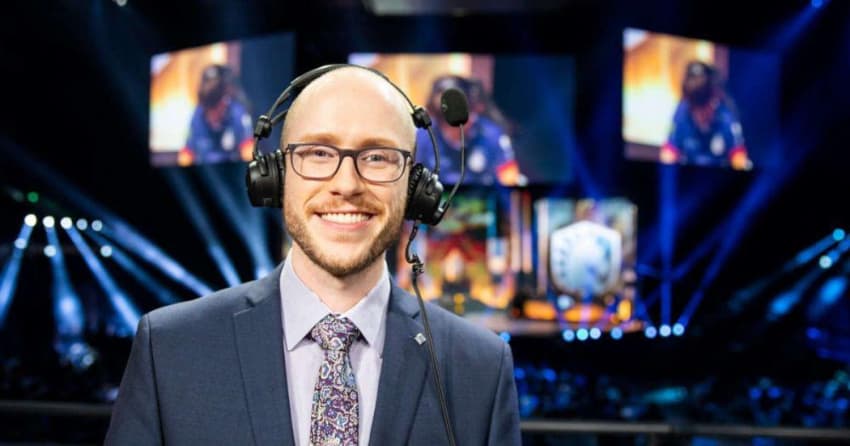 Azael probably isn’t the most followed Twitch channel for World of Warcraft; in fact, this Twitch streamer only has 23,000 followers. But it’s one of the most popular video games of all time, so it garners a lot of attention.

During his streams, he called the attention of the one person that he needed to—you guessed it, Amhai, the individual giving out huge Twitch donations to a variety of streamers.

Very little is known about Amhai except that he tends to give out an incredible amount of donations to streamers and it doesn’t seem to matter exactly how popular that Twitch stream is.

If you want huge tips, you just need to be appreciative; he always gives his biggest donation to people who appear to be thankful.

At this point, it should be noted that the biggest Twitch donations go to just a couple of the most popular games: Fortnite Battle Royale and World of Warcraft.

With few exceptions, the biggest donations all go to these streamers, which makes sense—they’re usually where you’ll find the peak viewer count record on Twitch. 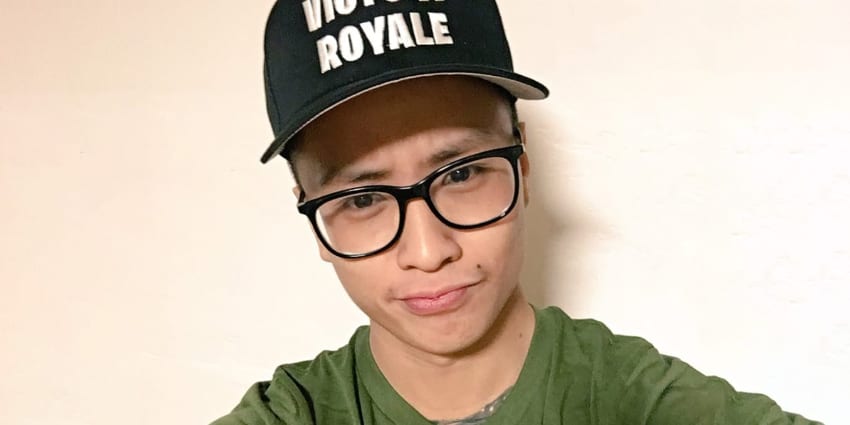 With 306,000 followers, Twitch streamer SpaceLyon’s certainly no slouch. But it may be surprising to discover that this streamer received one of the biggest donations in Twitch history. SpaceLyon received a $30,000 donation from none other than Mr. Beast.

Mr. Beast is a well-known YouTube personality; he gives out huge tips on the YouTube platform. But he’s also very well known in the streaming world.

For a period of time, Mr. Beast was giving out huge rewards to streamers that he personally liked, citing that most of the money came from sponsors.

You’ll find that this can be a trend when it comes to the largest Twitch donations; a lot of them seem to be from other channels, other streamers, or other sponsors.

But while these are likely designed to garner interest and call attention to the streaming world, they’re certainly appreciated by the Twitch streamers themselves.

A lot of the streamers that get large sums at once aren’t the most followed Twitch channel or the most popular streamers, but rather just streamers who are uniquely well-liked.

So, in the world of online social entertainment, it does pay off to be personable. 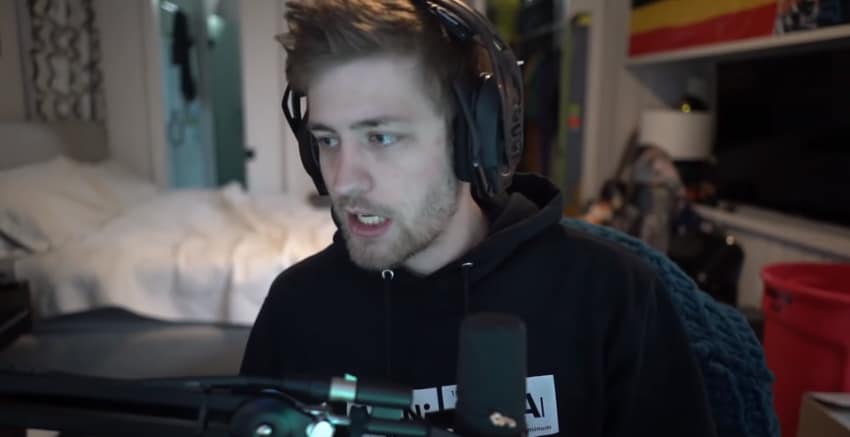 A huge World of Warcraft streamer, Sodapoppin also received money from Amhai—nearly $60,000 of money. This is absolutely one of the biggest donations in Twitch history.

It’s not really clear what attracts Amhai to Twitch streamers, although it should be noted that both Sodapoppin and Azael are friends.

So, it’s very possible that Amhai is simply delivering the cash to the Twitch streamers that he personally likes best.

Sodapoppin is one of the most popular streamers on Twitch, with over 2 million followers for his World of Warcraft channel.

Still, this huge reward must have been notable even for him. He’s one of the biggest streamers to receive this type of large Twitch donation. 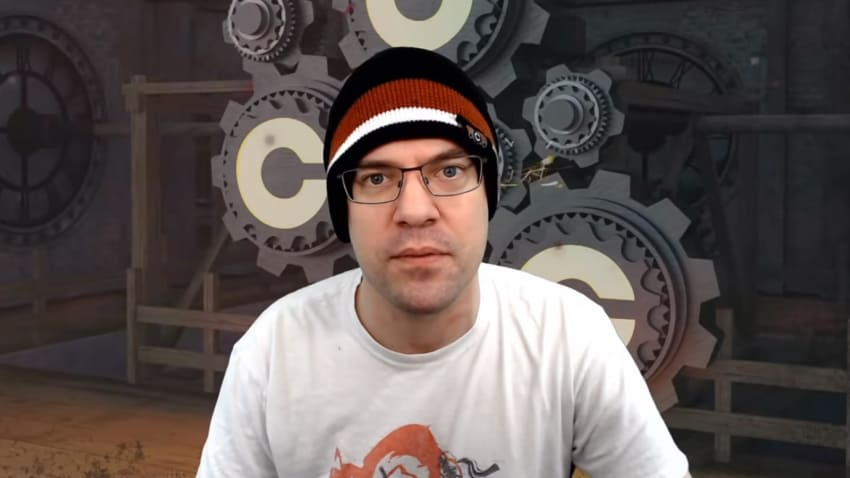 An American Twitch Streamer, CohhCarnage received one of the biggest Twitch donations in history: $63,000.

He used to go to school for game design (Full Sail University), but he ultimately left Full Sail to become a full-time streamer due to his success in the industry.

CohhCarnage went through some controversy later as he ran a long charity stream through which he thought he had raised $1 million.

But that $1 million had been topped off by a record-breaking (at the time) monstrous donation of $600,000, which was later shown to be fake.

So, if you’re wondering why that $600,000 donation isn’t on this list of the biggest Twitch donations of all time, that’s why.

But CohhCarnage didn’t seem to be aware that the $600,000 donation was fake when he mentioned it. 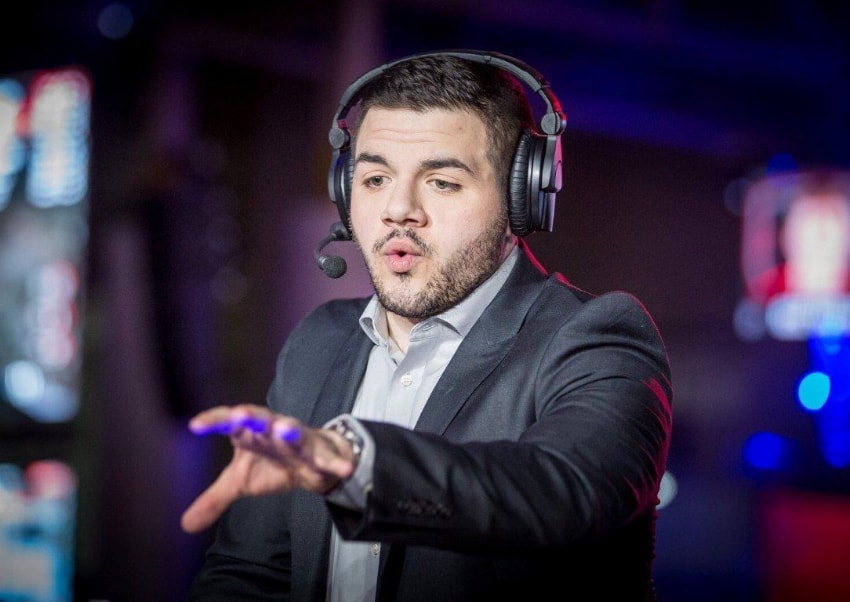 CourageJD is one of the few Twitch streamers who didn’t receive random Twitch donations; rather, he won it as a prize of sort.

A professional gamer, CourageJD won $70,000 for winning a Fortnite Battle Royale. This competitive play reward came from none other than Mr Beast again.

Mr. Beast is widely known for his charitable giving, but he also does quite a lot within the Twitch community.

Most of his donations (both for charity and for Twitch) don’t come out of his own pocket but are instead provided by sponsors and other donations.

Mr. Beast has essentially made a name for himself in the world of “huge tips,” so it only makes sense that he’s in Twitch, too.

The CourageJD donation was a joint donation between Mr. Beast and Miniminter and was certainly one of the most exciting Twitch donations of all time, partly because it can also be considered a competitive prize.

If we added competitive prizes into our Twitch donations list, we’d find that there are some incredible sums. 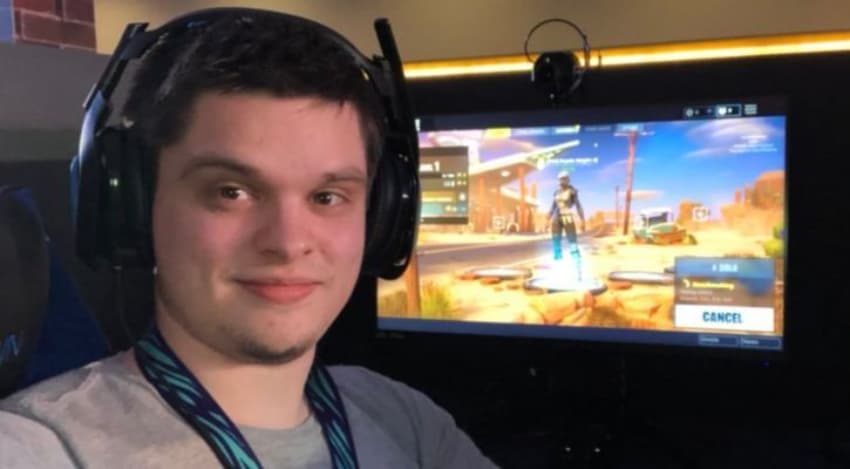 $75,000 went to this Fortnite streamer who was absolutely stunned by the gigantic sum. In fact, he immediately logged into his PayPal account to see whether the sum was real.

Exotic Chaotic was gifted $75,000 from another Twitch user; a streamer known as King Mascot. He won’t need to rely on budget gaming laptops anymore.

King Mascot was an early investor in Bitcoin and a stock trader—which explains why he has so much disposable income.

According to interviews, he was also friends with Exotic Chaotic. Apparently aware that his streaming friend wasn’t doing very well as a Twitch streamer, he decided to spread the wealth—literally.

You can see the stream on YouTube: Exotic Chaotic immediately logs into his PayPal to see one of the biggest Twitch donations in history.

Whether this was the smartest method of transferring wealth to Exotic Chaotic (considering the Twitch and PayPal fees) isn’t up for debate; it probably wasn’t.

But it’s still a great story and likely boosted Exotic Chaotic’s numbers for some time to come. 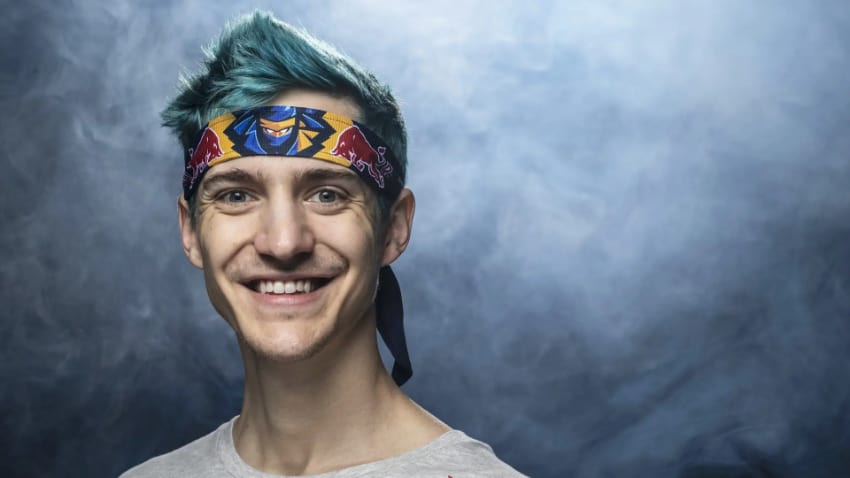 It’s no surprise that Ninja is near the top of this list; he’s one of the most popular streamers ever. But the donation that puts him on this list wasn’t to him directly.

While playing Fortnite for charity, the most popular Fortnite streamer in the world Ninja received a $100,000 donation.

It’s easy to see that a charity stream is the one that’s most likely to garner the most significant Twitch donations—as it likely should be.

This huge tip occurred during the GuardianCon charity stream and was, unfortunately, by an anonymous donor—so we don’t know who to celebrate, though some people do suspect Mr. Beast, given his propensity for huge tips.

Ninja said “Are you out of this world?” when he saw the $100,000 monstrous donation come in. And, of course, it went to a great charity. GuardianCon is a multi-day gaming convention that gives to st. Jude. 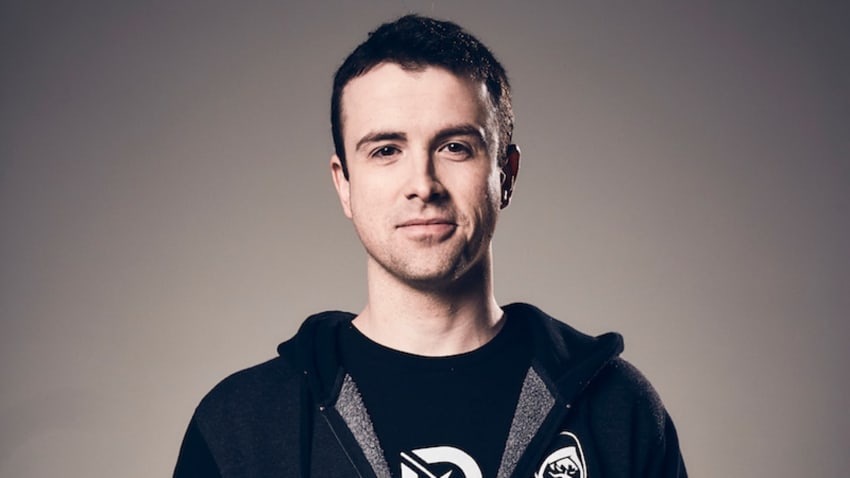 Maybe this doesn’t count. But we’re going to count it. In another charity stream, DrLupo pledged to raise $10 million for St. Jude. During that time, Twitch itself decided to donate $1 million to DrLupo.

So, the biggest Twitch donation in history, the donation to end all other donations… was not from other streamers or random strangers, but by Twitch.

DrLupo has 4.5 million followers on Twitch and is rumored to make close to $1.8 million a year himself from Twitch.

That means that he’s making close to $70,000 a month from the platform. Even so, he retired just recently to spend more time with his family.

And other Twitch donations are from big-time streamers trying to build their own brand and give back to the community that gave them a start.

So, there you have it. That’s a lot of money going out to Twitch streamers, some of which aren’t even the most active in their sector.

Just a few years ago, mainstream media began covering Twitch in earnest. Since then, Twitch streamers have seen a huge influx of large donations.

At the same time, there’s always going to be a lot of competition out there, especially in the professional Fortnite world—which tends to account for an incredible amount of the biggest Twitch donations, as one of the most popular games in the world. Surprisingly, none of the highest donations went to Minecraft or Call of Duty.

While the average Twitch streamer living might not always be that lucrative, it certainly can be. Note also, though, that a lot of these donations came from a fellow streamer or online personality.

There’s a lot of attention inherent in both giving large sums and receiving them. But there’s still a haunting question: Who is Amhai? And how can you attract his attention?

Here’s a quick recap of the 10 biggest Twitch donations of all time:

Have you heard of any other big Twitch donations? Leave a comment below.

The 25 Most Popular Video Game Characters of All Time