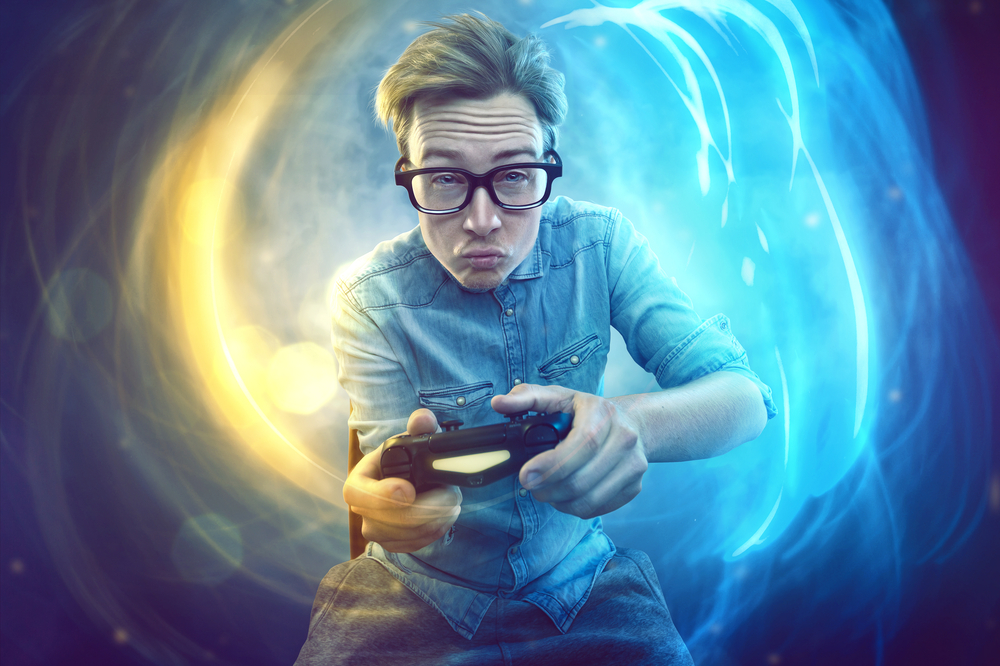 Even the biggest video game fans might come to a point in their life where they need to put down the controller to focus on other things, and that’s where this article comes into play.

Although we all love video games (I’m assuming you do since you’re on a video game website), video game addiction can become a big and serious problem.

Personally, I stopped playing video games from the age of 20-24 whilst I was trying to focus on building out my business. As things grew, and I had the funds to begin delegating tasks to others, I had time to return to casual gaming.

Note: This article was originally published for the self-development section of our other blog, Wealthy Gorilla. I’ve re-written the introduction myself, however, the main content was originally written by one of our guest authors.

If you want to take your life to the next level, you’re likely going to need to stop playing so many video games (I’m speaking from personal experience here as a former gamer).

Here are 20 super solid reasons to massively cut back your time on video games and start taking charge of your life. If these don’t convince you, nothing will.

Let’s start with how it will negatively impact your life.

Two hours here…two hours there… A metric ton of time down the black hole. Where does it go? Who knows, bro. Not into anything productive, that’s for sure. Again, if you’re a professional gamer – this is fine. If you’re reading this, you most likely aren’t, so…

Video games are madly expensive. Consoles…controllers…games…accessories… all of that stuff adds up in the long run. What if you were able to use that money to buy life-changing books instead? What would your life look like a year from now? Five years from now?

For the time that you’re putting into a video game…how much are you getting back out of it? Sure, you’re getting pleasure… but what about real and lasting enjoyment?

You know…the type of enjoyment that comes from accomplishing real-life goals? There’s nothing worse than putting a ton of time into something and having nothing to show for it.

4. Accomplishes nothing in the real world

Video games are a form of escapism into a fantasy reality.

You’re leveling up, you’re destroying all these bad bosses…but what about those dishes in the sink? What about that credit card bill? What are you doing to fix those? If you’re spending a lot of time in Fantasy-land… nothing much.

With the explosion of online gaming, we now have the ability to play with anyone in the entire world. When this first came out, I was stunned by the possibilities. I thought it was awesome. You’re connecting with people all over the globe to form teams, clans, etc.

Awesome, right? Well…kinda. Online gaming creates the illusion of being social much like social media does. There’s nothing wrong with playing online, but if you’re substituting that for real life interaction – sound the alarms.

Don’t want to see a cutscene? Hit “Start” or “X”. Want to breeze past this level? Put in the cheats for God Mode. Unfortunately, it’s not that way in real life. You can’t put in a code to unlock “overnight millionaire” or to have an attractive woman show up at your doorstep.

In my experience, video games are incredibly stimulating. That’s why they’re so easy to become addicted to. They short circuit the reward center in the brain. Finish a level?

A nice hit of dopamine for you. Ah… so nice…. Until it’s not.

You need more and more stimulation. More levels to unlock. More multiplayer games to win. So many easy hits of dopamine. Why bother reading a book? Why bother studying for that test? It doesn’t offer any instant reward!

When you play a game, you can get it right now. This is a problem because success from achieving goals in real life doesn’t usually offer a massive hit of dopamine. As a result, you become less stimulated and more impatient. The end result is you giving up.

You won a round of Call of Duty. Hooray. But your room’s still a pigsty. You haven’t taken out the trash. You haven’t gotten that promotion you should have gotten. Where’s the real value here?

The amount of people who talk shit online is absurd. Would they say that to your face? Probably not. A lot of the really hardcore gamers who talk shit are people who would scuttle away like a hermit crab in the face of a real fight.

Calling someone a “fag” on the Internet doesn’t make you tough, it shows a lack of emotional and social intelligence. Try calling the guy who cuts in front of you in line at the bar a “fag” and see what he has to say about it.

Procrastination is the leech of all hopes and dreams.

If you think it won’t catch up with you – it will. When you play massive amounts of video games, you can be sure that you’re procrastinating on something. Things you haven’t done…conversations you haven’t had… it all adds up. Over time, this leads to disaster.

This one’s a bit harder to put into words.

The best way to describe it is “social anxiety”. When you’re in your warm little cocoon all day, you’ll find it hard to be social and when you do get into social interactions, they get kind of…awkward.

You start to become stuck in your head and it’s harder to make an organic connection that way.

Without your health, you’re nothing. How healthy is it to snack on Cheetos while sitting on a damn couch for hours on end?

Going to the gym and being physically active is one of the best things you can do for yourself. We are made for physical activity. Run, lift weights, swim…whatever you do – just do something.

This goes in hand with the last one. I’ve personally noticed that when I’ve been physically inactive, I tend to want to write off the rest of the day. When I’m physically active, I generate even more energy.

Whatever stays at rest tends to remain in rest unless acted upon by an outside force. The same goes for you.

How will you “know thyself” and what you’re capable of if you’ve been spending it gazing into a screen?

With the negatives out of the way, let’s talk about the positives.

You’re not going to build a great friendship or romantic relationship with someone through a console. You only do that through real life interactions. You can definitely meet people and talk to them over the web, but face to face is a whole different kettle of fish.

17. Renewed interest in other things

When you put the controller down, you’ll see that you’ve been missing out on a lot. Great books, great social activities, things that can actually enhance you as a person in the real world. Excessive gaming usually fills a massive void.

With that void present again, you’re free to fill it up with all kinds of other hobbies and interests.

You no longer have the shallow goal of being number one in deathmatch or crushing endless amounts of noobs. You instead have the desire to set actual goals that will make a difference in your bank account, your quality of life, and ultimately your happiness.

You’ll have more time in the day to accomplish things. This alone is worth the price of admission.

Once you get a taste of what’s out there, sitting down and playing video games becomes incredibly boring. You’ll be so used to your new life that you see you’ll have no use for it. Then, you end up selling it or giving it away – creating more room for other hobbies.

So again, if you find yourself playing a lot of games… I’d ask you to take a hard look at your life and see if you’re using it in an attempt to compensate for some lack. If you find it hard to cut your time down, just start with cutting it by 30 minutes a day.

Reduce it by another 30 minutes the next week. Then see if you can go a week without it at all. It’s worth trying…

Do you play a lot of video games? Leave a comment below.