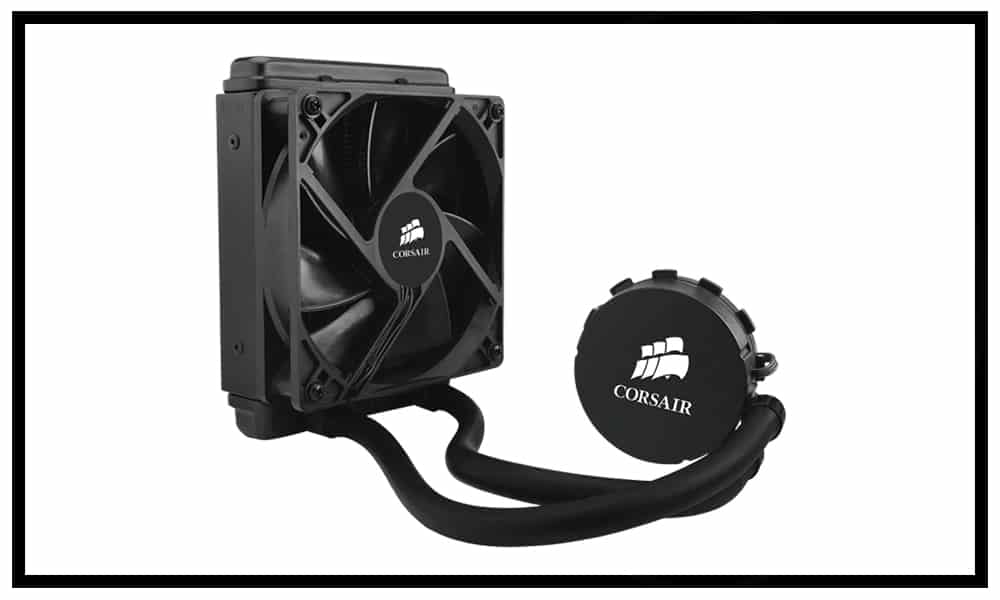 The alternative to the stock cooler that comes default with your processor has always been some form of air-cooling. This is only obvious, I mean what other logical choices where there? But now things have changed with the introduction of the all-in-one (AIO) water-cooling kits. These are fast becoming a norm and much of that has to be credited to Corsair, Yes, companies like Asetek and CoolIt started it and got it going but companies like Corsair made them as popular as they are.

Many uniformed individual question the mix of electronic components and water. But when done right you shouldn’t have any issues what so ever. And with an AIO kit you eliminate much of the issues comes with mounting an air-cooler. How often have you heard someone complain that they can’t use their ram with their cooler because of the height of the heat spreaders of the ram or bulk of the cooler? And we can’t forget about the weight of some of the coolers. These things can get heavy.

I, myself have been using an AIO kit since I saw how much cleaner a rig looks with one compared to typical heat sinks. Corsair has released several AIO units in the past few years which would include the H40, H50, H60, H70, H80 and H100. Each has served many well but there is a time when technology advantages and change come. The H55 is the new kid on the block and looking to take the place of the H50 as the quiet cooler. One that someone would purchase to replace the stocker that comes in the box with your CPU.

Corsair’s take on the H55

Your PC will run cooler and quieter when you replace your CPU’s standard heatsink with a Hydro Series H55.
Installation is straightforward: if you can get to the back of your PC’s motherboard, you can install an H55. All you’ll need is a screwdriver.

The compact components and flexible tubing make Hydro Series H55 easy to install even if you’re cramped for space. It allows you to improve your CPU’s cooling efficiency even in most compact cases — as long as your case has a 120mm fan mount near the CPU, H55 will probably fit.

The pump unit provides high-speed circulation without taking a lot of space. This makes installation easier, and helps improve your case’s airflow.

Copper has excellent thermal transfer characteristics, and the fin design is optimized for efficient heat exchange.

The Hydro Series H55 is aimed at the individual looking for good performance but at the same time want something quiet. Equipped with a low noise 120mm cooling the H55 promises to be a winner with those wanting peace from their PC. 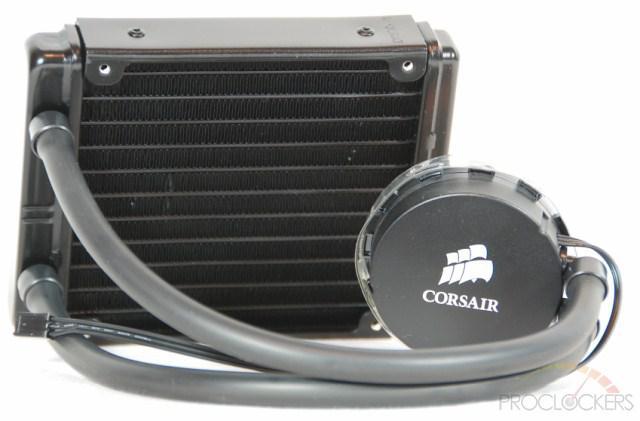 The new H55 boast a few upgrades over the tried and trusted H50, which was one of the first coolers released from Corsair. But to begin with there are some similarities between the two. The first would be the physical size of the radiator portion of the cooler. 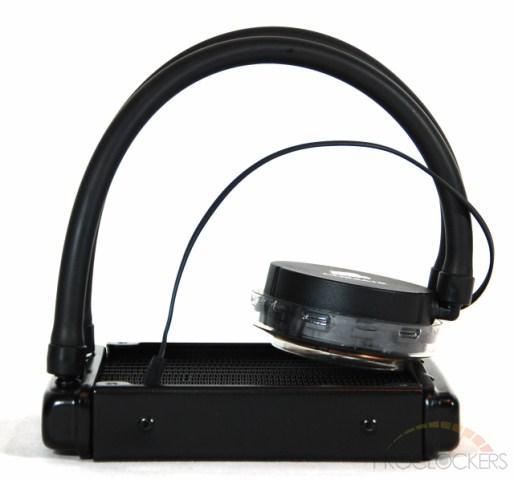 The radiator is one of the thinnest you will see on a kit like this. It’s not to keep the cost of the kit to a minimum but to allow it to be used in the tightest of space. Often is the case that the area between the top of the chassis and the motherboard is too narrow for a fan and a radiator, this eliminate this issue. 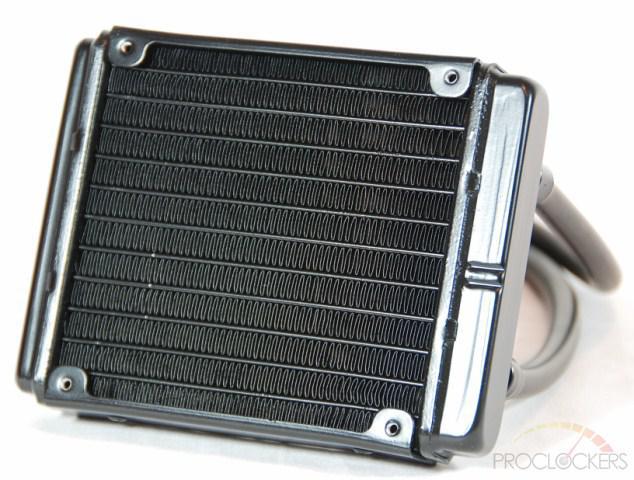 The radiator has screw mounts of the fan or for the chassis on both sides. This is ideal for those that choose to up the cooling performance using a push-pull fan configuration.

The tubing of the cooler is a high quality rubber substance that looks to be very flexible even more than the coiled-like tubing used on the H50. 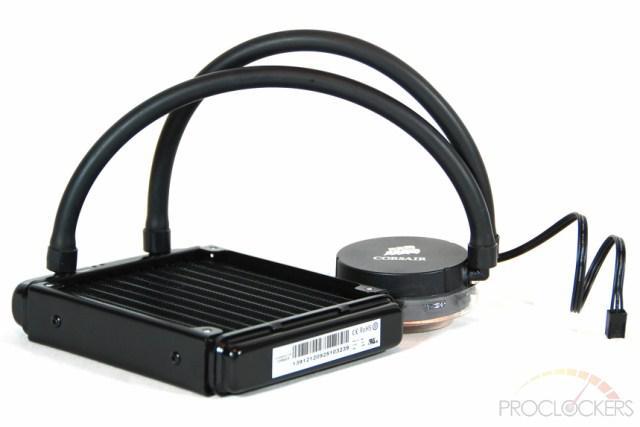 When it comes to what we call the head of the cooler we find the concept is completely different from that of the H50. Much shorter and less bulkier than the older model. Oh, how I love this as it eliminates the cooler from being a factor when it comes time to install memory with tall heat spreaders. The notches around the pump/block combination are used to allow the mounting bracket to secure the head to the motherboard. 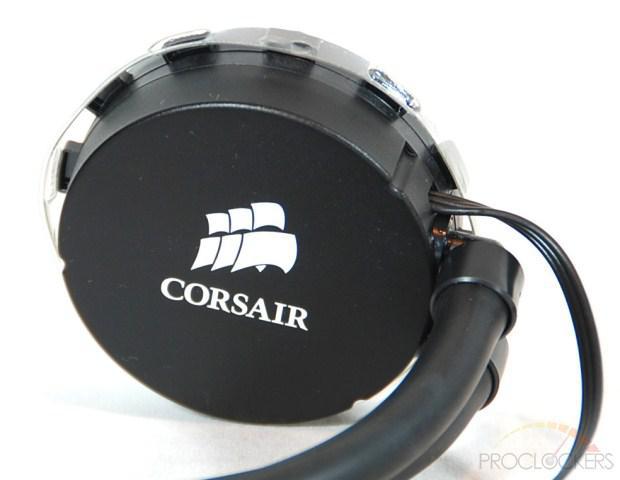 The way the tubing is attached to the head allows the tubes themselves to be rotated in various different ways also helping to relieve stress from the unit once fitted to the motherboard. 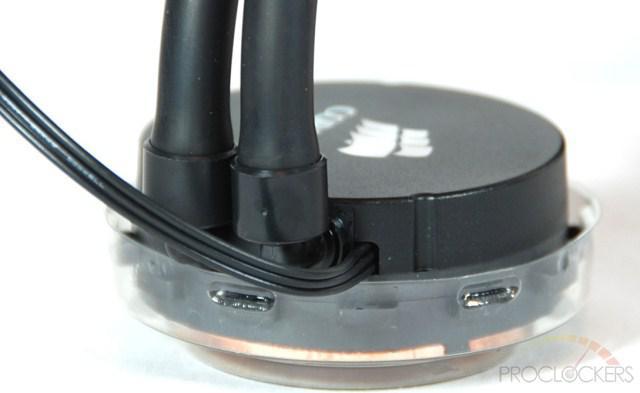 The copper shim that makes up the base of the cooler cannot be separated from the rest of the head but we elected not to remove it at this point. And to make the whole process simpler thermal compound is already applied. 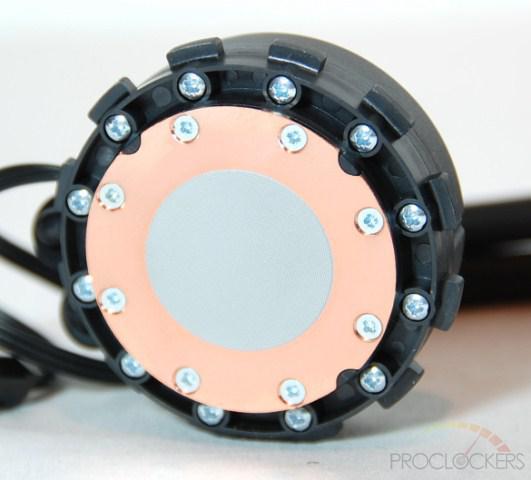 The pump gets all its power through a well sleeved cable that attaches to any 3-pin header on the motherboard. 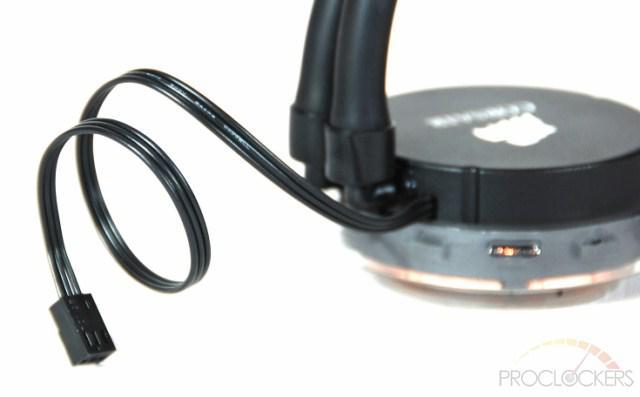 Here we have the fan for the cooler. 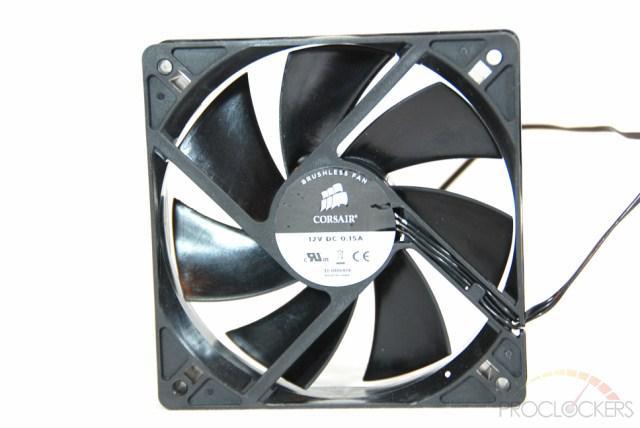 The cooler comes with installed hardware possible to mount it to all the Intel sockets from 775 going forward and AMD from socket AM2 to the most current FM2. 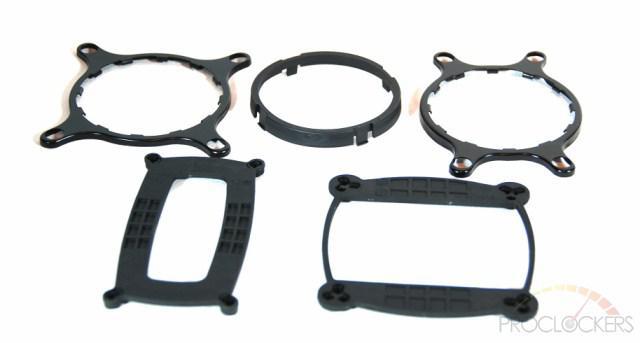 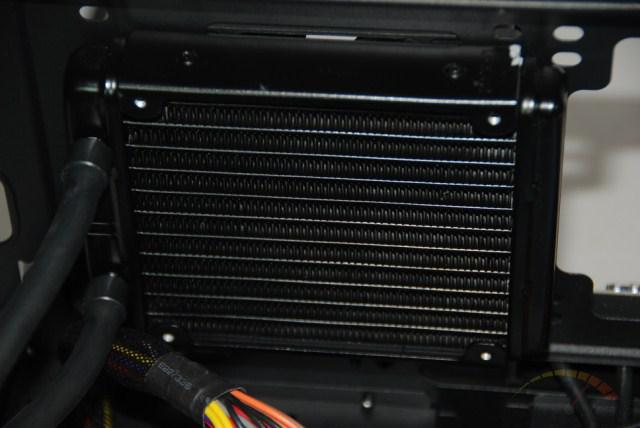 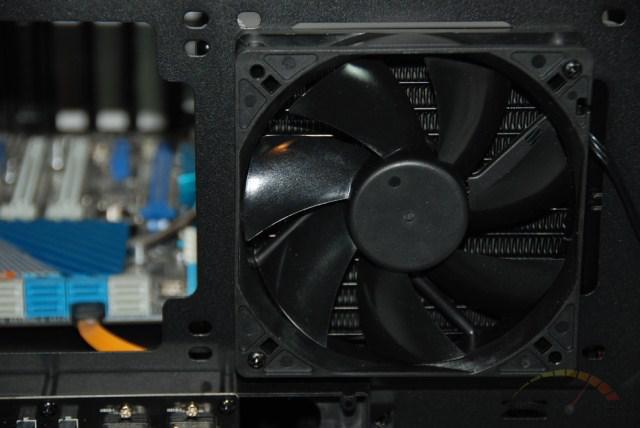 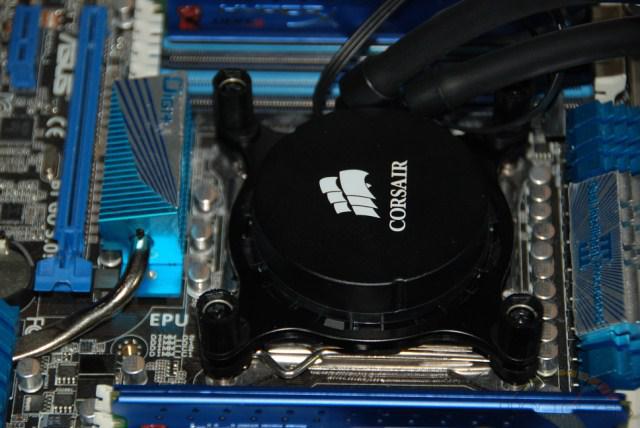 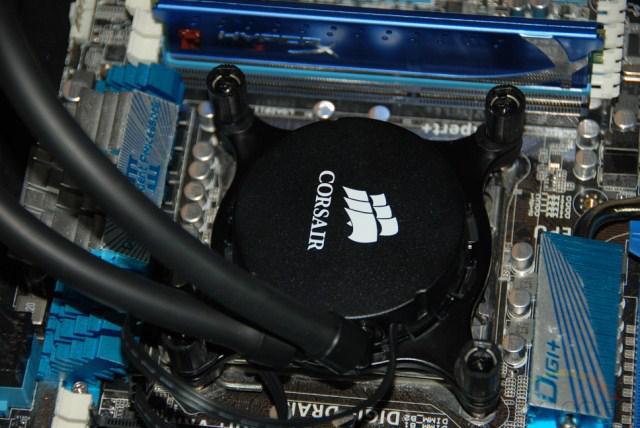 For our testing we will be using the following procedures and parameters to acquire the necessary data:

The H55 from Corsair is not a bad cooler at all and is the ideal replacement for someone that wants to upgrade from the stock OEM cooler. And by doing this the user not only gets a more modern cooler system but better performance and a quieter environment. All of which are major pluses.

The installation of the H55’s block is the same as it is on all of the Thermaltake AIO coolers. Which is not our favorite way of mounting as it seems to be a little tedious; we are bigger fans of the H60’s way of doing things. The fiddling around with the little plastic pieces was a little much. The rest of the mounting procedure is a piece of cake.

The fan of the H55 is not PWM controlled, so it is running at its 1700 RPM maximum the entire time. this also means that you will be getting near 30 dBA of noise as well. It you do opt for theH55, we would suggest downloading a free fan control application like Speed Fan.

The H55 is one of the lowest priced AIO coolers on the market at $69. This is just $10 cheaper than the new version H60, which comes with better performance and a better fan. With that being said, if you can fork out the extra few bucks we recommend jumping on the H60. But if not, the H55 is not a bad choice at all.