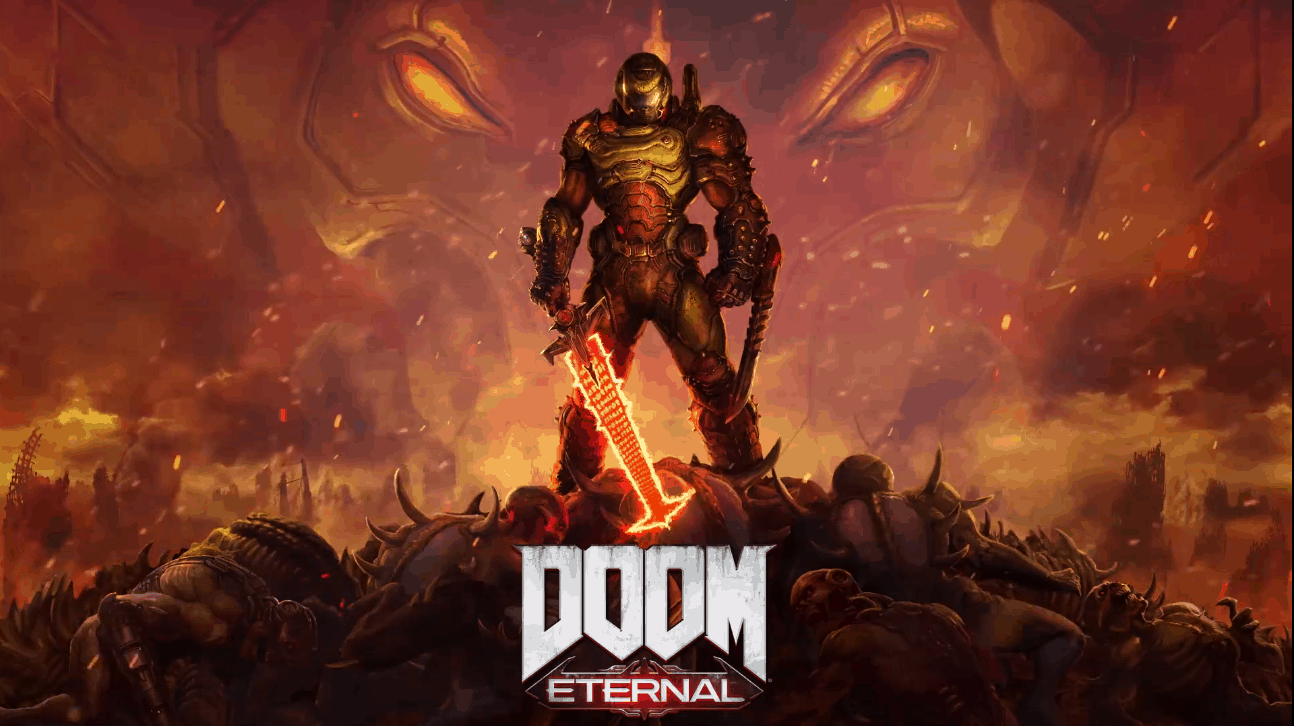 Doom Eternal is something that players, who are original fans of the series, have been waiting for since it was announced at E3 in 2018.

It’s a first-person shooter developed by id Software and published by Bethesda Softworks. It’s also the fifth game in the Doom series, and is a direct sequel to the Doom that was released in 2016.

Players take on the role of Doom Slayer, the ancient warrior, battling against the demonic forces of Hell. The game pushes players on as it encourages them to rid the world of demons, hit things hard and shoot everything they can see.

In turn, this allows players to collect health, ammo and armour. They’ll choose weapons from an arsenal of BFG 9000s, Rocket Launchers and Plasma Rifles.

Id Software is responsible for games like Wolfenstein, Doom, Quake and Rage, so you know that the team has a habit of making a success out of shooters.

The last Doom in the series received great reviews and it looks like Doom Eternal could be receiving even better reviews. 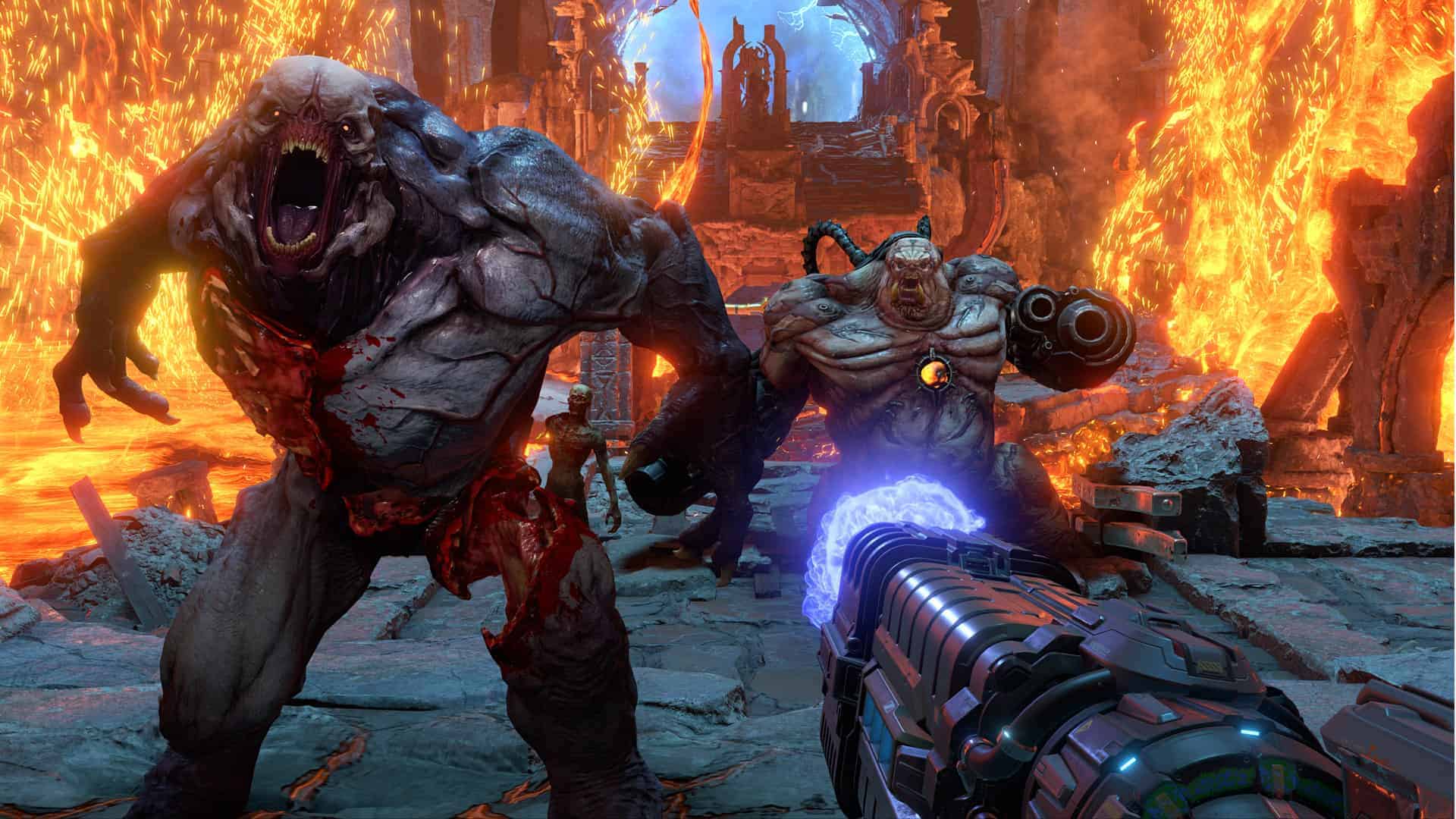 While the Doom games aren’t necessarily known for their wide-arching storylines, Doom Eternal takes places two years after the events of Doom, where Earth has been overrun by demonic forces.

This has wiped out 60% of the population of the planet and the Doom Slayer returns to Earth to save the world from complete destruction.

It is rather interesting that the games fully complete with an incredibly in-depth lore, something that can be unlocked and read about through the Codex when playing. It unravels a rather interesting tale that, if you’re interested, has a great story. 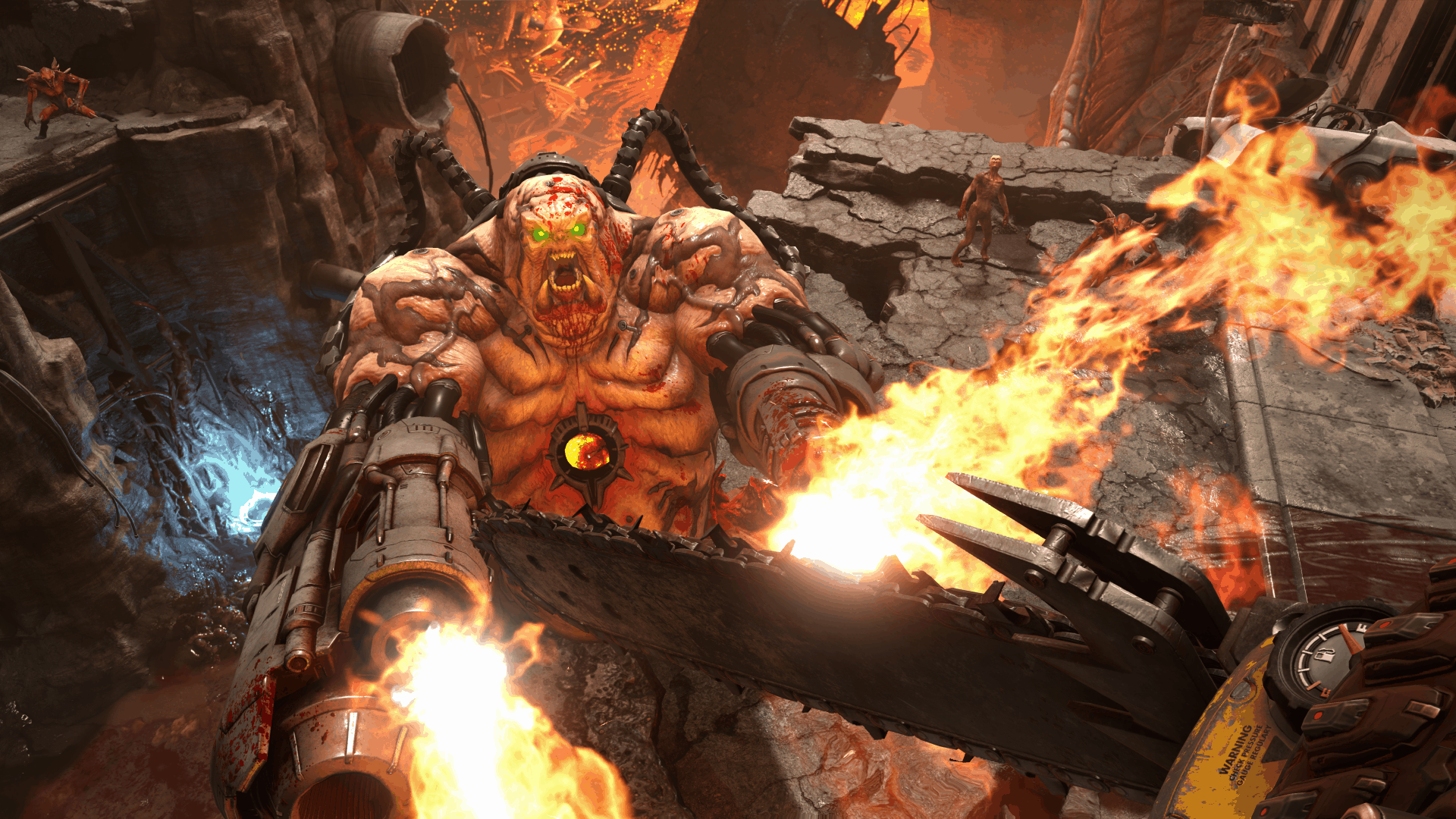 While you’re not jumping around and killing everything you see, there’s also an addition of a space base that players can head to. This will allow them to upgrade everything in a central hub.

Players move much faster than before with double jumps, dashes and hook onto enemies to move around the map quickly.

It feels like the game has moved into the realms of a fast-paced Quake-style shooter, rather than just head-on into the enemies.

This time around, in Doom Eternal, players are given more of an opportunity to focus on upgrades. Weapons can be modded to do different things in addition to what the gun already does, such as shoot grenades or snipe.

There are also runes that can be equipped that will upgrade your Doom Slayer to be far more potent. These range from slowing down time to extra jumps and other similar feats.

Players can also collect sentinel tokens that unlock powers on the Doom Slayer suit. Many of these appear to be “find and reward” quests, where you as the player need to search for something, unlock it and then get rewarded.

Doom Eternal doesn’t have a traditional multiplayer like most gamers are used to, but will have some form of it.

Gone are the days of the deathmatch that you may expect, but this time around, there’s an asymmetrical multiplayer, putting a Doom Slayer against two demons.

The new mode, Battlemode, is not what you expect from the father of deathmatch, but it looks exciting.

Which Platforms Was Doom Eternal Released on?

When Was Doom Eternal Released?

Doom Eternal is out already and was released on 20 March 2020. It’s the perfect time to start playing as it’s being rated as one of the best games around.