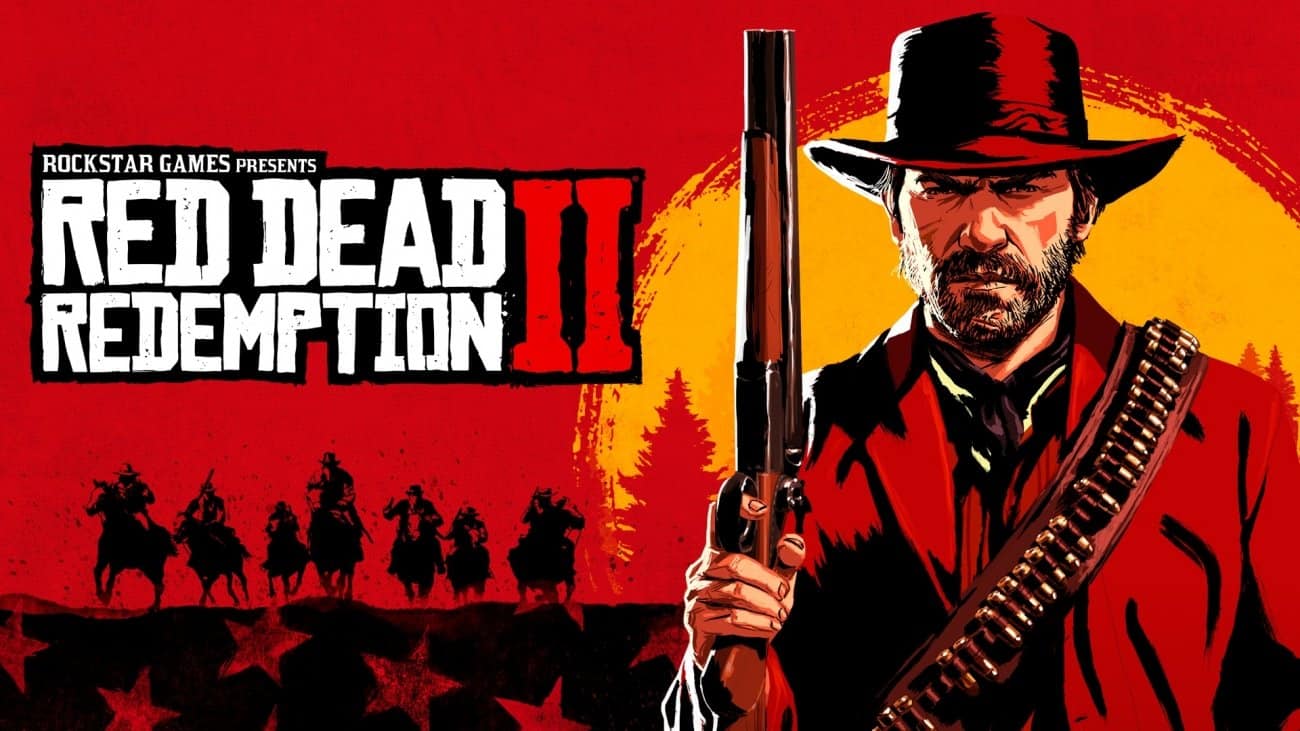 The game is a created version of the Western, Midwestern and Southern United States set in 1899 where outlaw Arthur Morgan must try and handle the destruction of the Wild West while under pressure from the government and separate rival gangs.

Players are able to switch between 1st person and 3rd person perspective when necessary. Features of the gameplay include shooting, heists, hunting and riding horses.

Red Dead Redemption achieved the 2nd largest sales within the opening days of its release, making $725 million from the opening weekend. The game broke many records and received high praise on its story, characters, the map and its graphics. It is one of the best-selling games in history with 29 million copies being purchased.

The open world consists of 5 different American regions that the player will explore and travel across as the story goes on:

After a poor attempt of a planned ferry heist, Arthur Morgan and the Van der Linde gang go on the run to get away from the Western town of Blackwater to avoid the law, leaving all their money behind.

When being hunted down by federal agents and bounty hunters, the gang must travel across the Western areas of America to be able to survive. The Van der Linde gang also come across many other rival gangs along their journey to the snowy Mountains north of Blackwater.

To do so they must earn enough money through robbing and stealing whilst also fending off anything that comes their way.

The gang starts to become divided and Arthur must make a choice whether to go his own path or stick to the gang that brought him to where he is now.

Read Dead Online is the multiplayer mode on the game that was released as a public beta a month after the game was released. This was initially for players who had the special edition but then later was given to everyone.

Players are able to customize their own character and can group together with other players to create a ‘posse’. They can then complete a range of missions, challenges and activities in the open world to gain experience points (XP). The XP can increase the ranking of their characters allowing them to customize them further and improve their ability. Story based missions for 2-4 players can also be done to gain XP known as ‘A Land of Opportunities’

Another way of progression is though ‘specialist roles’ where players can have different experiences than others and can collect rewards, skills and cash in the game to improve their character. The roles include:

Players can also compete in horseback races in many different types of races including standard, open, target and shooting races.

As explained above, Red Dead Redemption 2 has a detailed multiplayer mode than can be played alongside the main story. Rockstar Games decided to release Red Dead Online separate to when the game was released as they saw both modes as independent experiences.

Which Platforms was Red Dead Redemption Released on?

Red Dead Redemption 2 was initially released on PlayStation 4 and Xbox One. Then a year later the game was brought out on Microsoft Windows and 2 weeks later on Stadia.

When was Red Dead Redemption 2 Released?

The game was released on 26th October 2018 on PlayStation 4 and Xbox One platforms.

The game was then brought out on Microsoft Windows on 5th November 2019, and Stadia on 19th November of the same year. This comes 8 years after the release of Red Dead Redemption in 2010. Red Dead Online was released on 27th November 2018.

Rockstar Games aren’t planning on making anymore DLCs for the single player mode, but they still have ideas to release plenty of content for Red Dead Online.

This differs to the normal actions of Rockstar Games, who have released larger single-player DLC expansions in previous games, including Red Dead Redemption.

This will include new activities, events, and missions to complete as well as new characters to use and customize.