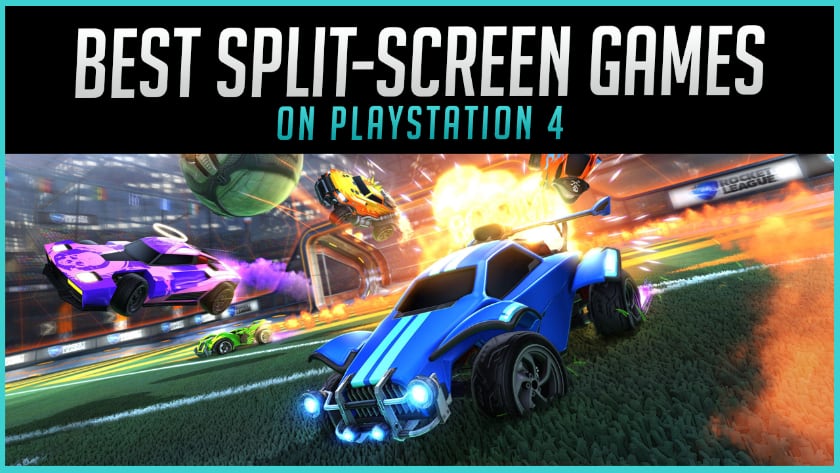 Which are the best split-screen PS4 games?

The best split-screen PS4 games are a perfect choice if you want to take a break from online gameplay yet still want to enjoy playing games with a friend or family member.

As games continue to advance, split-screen is becoming less and less common, which is why a lot of games we’ve included in this roundup are what you might call “classics.”

So, whether you’re into first-person shooters, RPGs, racing, or action games, you’re sure to find something to suit your needs in our round-up of the 15 best split-screen PS4 games.

The list of split-screen PS4 games and figures mentioned below have been compiled from various web sources such as ScreenRant.com and TheGamer.com.

These are the 15 best split-screen PS4 games: 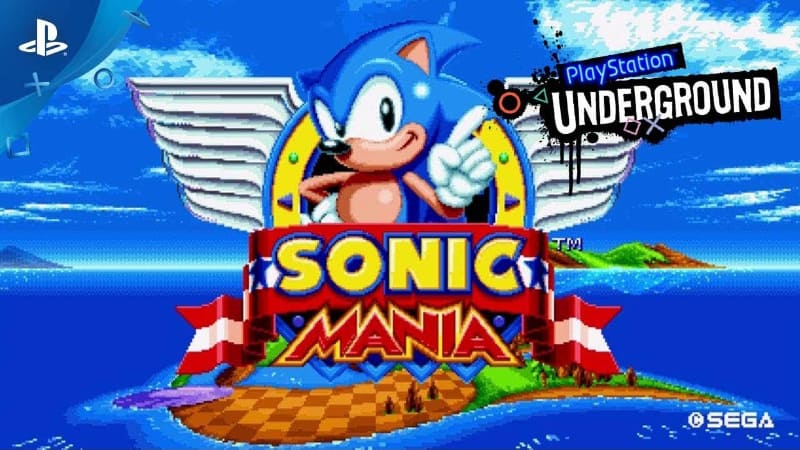 Sonic Mania is a side-scrolling platform game published by Sega for the PS4 in 2017.

The game was created to pay homage to Sonic the Hedgehogs 25th Anniversay and includes some of the original Sega Genesis Sonic games.

Sonic Mania is played over 12 levels and allows players to choose from one of three playable characters, Sonic, Tails, and Knuckles, to hunt down and defeat Dr. Robotnic.

Upon release, Sonic Mania was met with mainly positive reviews from critics and became the highest-rated Sonic game in over 15 years. 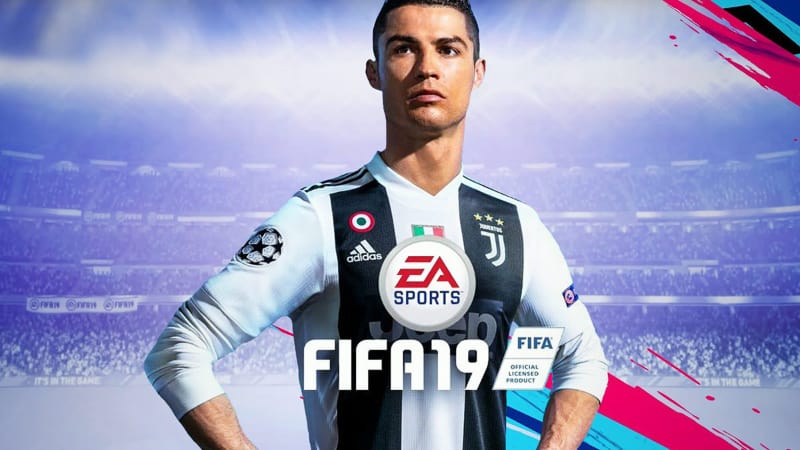 FIFA 19 is a football simulation video game that was released for the PS4 on 28 September 2018.

The game was developed by EA Vancouver and is the 26th installment in the FIFA series.

Players select teams from various football leagues around the world and compete to win different tournaments.

When the game was released, it opened as number-one on the UK’s software sales chart and was met with generally favorable reviews from critics. 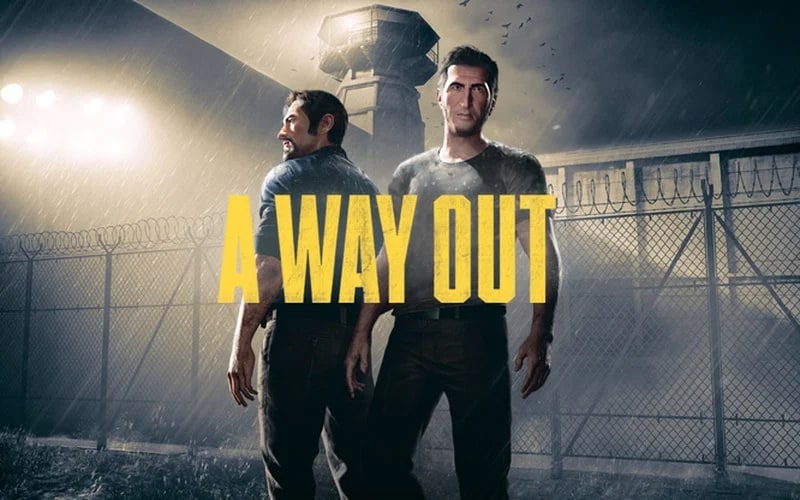 A Way Out is an action-adventure split-screen game that was released on the PS4 in 2018.

The game was developed by Hazelight Studios and published by Electronic Arts.

It’s only playable in split-screen mode or online and is operated from a third-person perspective.

Players control two convicts who are on a mission to break out of prison and go on the run from the authorities.

However, they must cooperate to get where they want to go; otherwise, things get ugly.

A Way Out was met with positive reviews from critics upon release and sold over one million copies in its first two weeks of release. 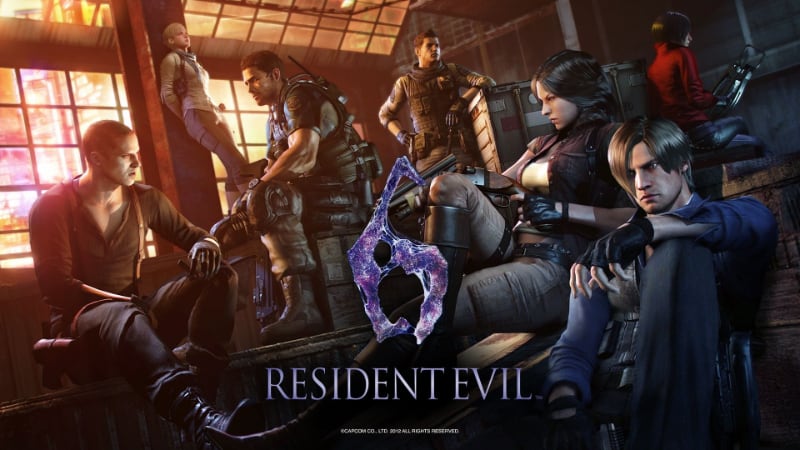 It was developed and published by Capcom and originally released for the Playstation 3 in 2012.

Upon release, Resident Evil 6 was praised for its storyline and themes and became one of Capcom’s best-selling video games of all time. 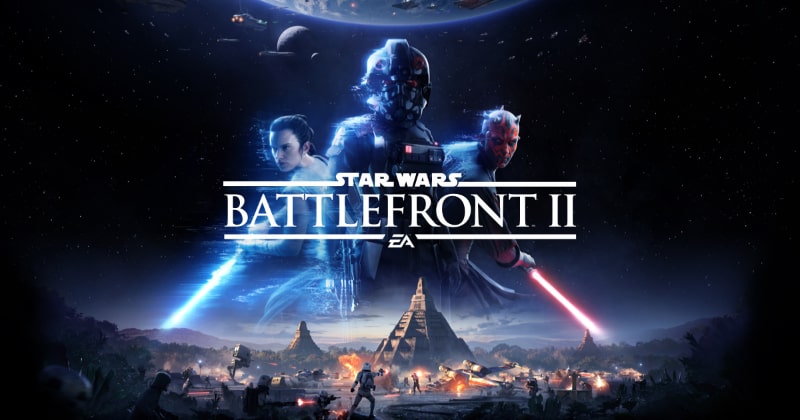 The 2017 action-shooter is the fourth main installment in the Star Wars Battlefront series.

It was developed by EA DICE, in collaboration with Criterion Games and Motive Studios, and published by Electronic Arts.

Players can choose to play from two main categories, ground battles and space battles, and fight with different soldiers depending on the type and faction.

Battles are fought across various maps over different eras, compiled from over 20 locations from the Star Wars universe.

Star Wars Battlefront II was praised for its multiplayer gameplay, visuals, and variety, and went on to win “Best Online Multiplayer” at the 2017 Game Critics Awards. 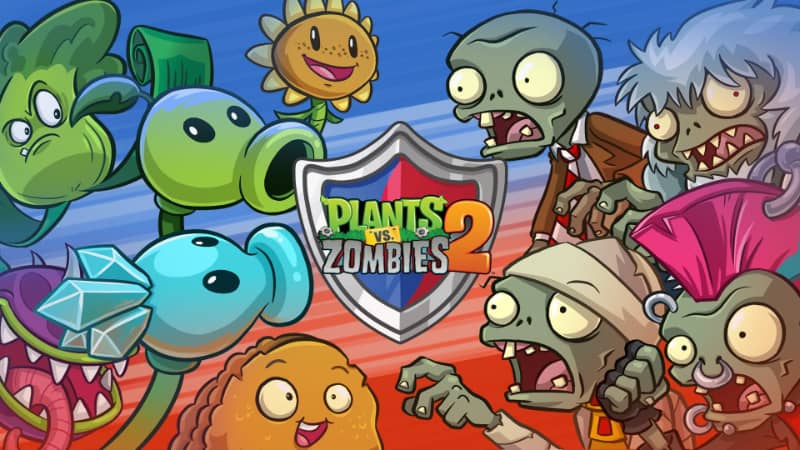 This third-person shooter was developed by PopCap Games and published by Electronic Arts in 2016.

It’s the sequel to Plants vs. Zombies: Garden Warfare and features eight new plant and zombie classes, a zombie version of Garden Ops, and a new Herbal Assault mode.

The game kicks off after Garden Warfare events and sees players choose between defending their newly claimed homeland from the plants as a Zombie or trying to become an agent of L.E.A.F as a Plant.

Upon release, Plant vs. Zombies: Garden Warfare 2 generally received favorable reviews from critics and was the best-selling game of its release week in the UK. 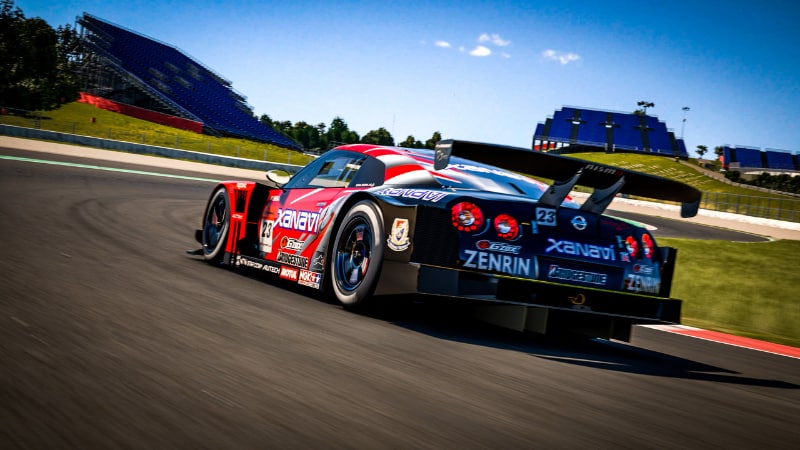 Gran Turismo Sport is a racing video game that was released on the PS4 in 2017.

It was developed by Polyphony Digital and published by Sony Interactive Entertainment.

The game sees players race against each other through competitive online racing or completing a series of single-player campaign mode missions.

The game was met with generally favorable reviews from critics upon release, and within just two short years, it sold an estimated eight million copies. 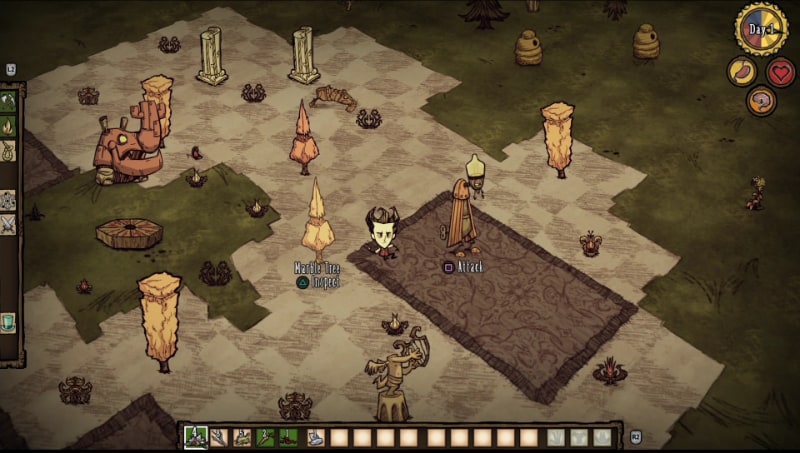 Released for the PS4 in 2014, Don’t Starve Together is a survival video game by Klei Entertainment.

The game follows Wilson’s story, a scientist who finds himself trying to stay alive in an unknown world.

Players are responsible for keeping Wilson alive and mentally stable, as he’s subjected to surreal and supernatural enemies that are always trying to eat him.

Upon release, Don’t Starve Together received generally favorable reviews and received critical acclaim for its style.

Don’t Starve Together went onto sell more than one million copies and was nominated for several industry awards. 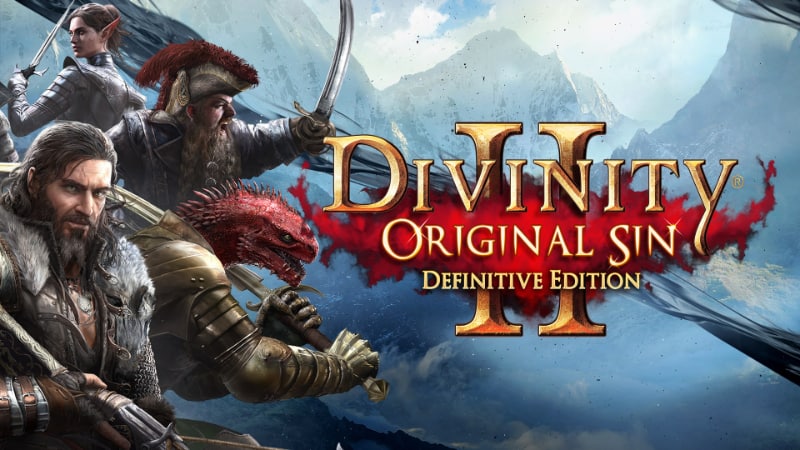 Divinity: Original Sin 2 is a role-playing video game for the PS4 released in 2018.

It was developed and published by Larian Studios and is the sequel to 2014’s Divinity: Original Sin.

Set in the fantasy world of Rivellon, players are tasked with completing a series of acts, located across different geographical locations, to hold back the monstrous creatures that are invading Rivellon through the Void.

However, things aren’t as simple as they seem, so players must use all their resources to end the attack.

Divinity: Original Sin 2 was a critical and commercial success, selling more than a million copies in its first two months and being referred to as one of the best role-playing games of all time.

Divinity: Original Sin is the first installment in the Divinity series.

It was developed and published by Larian Studios and was released on the PS4 in 2014.

The game follows two “Source Hunters” who are on a mission to eliminate powerful magic known as the “Source,” and players can create and publish their adventures online.

It’s cited as one of the best split-screen PS4 games of all time and received critical acclaim upon release for its ability to modernize the RPG genre. 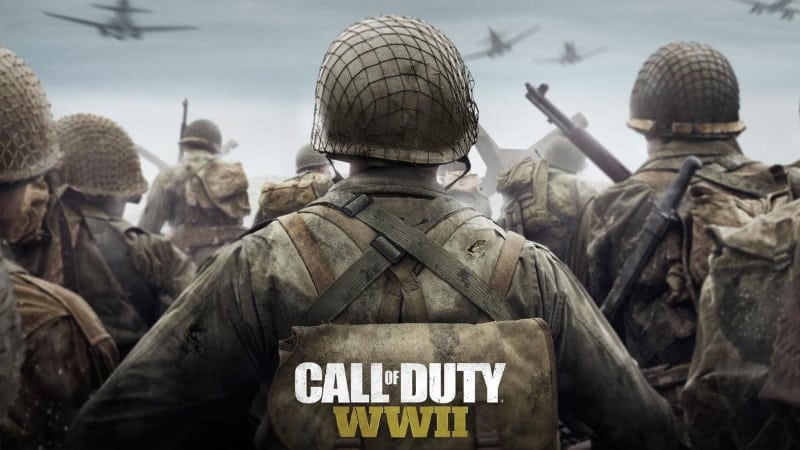 The first person shooter was developed by Sledgehammer Games and published by Activision for the PS4 in 2017.

It’s the fourteenth primary installment in the Call of Duty series and the first game in the series to be set primarily during World War II, since Call of Duty: World at War.

The game centers around a squad in the 1st Infantry Division, as they battle their way across the Western Front, as well as the historical events of Operation Overlord.

Upon release, Call of Duty: WWII received positive reviews from critics for its accurate representation of World War II events and became the highest-grossing console game of 2017. 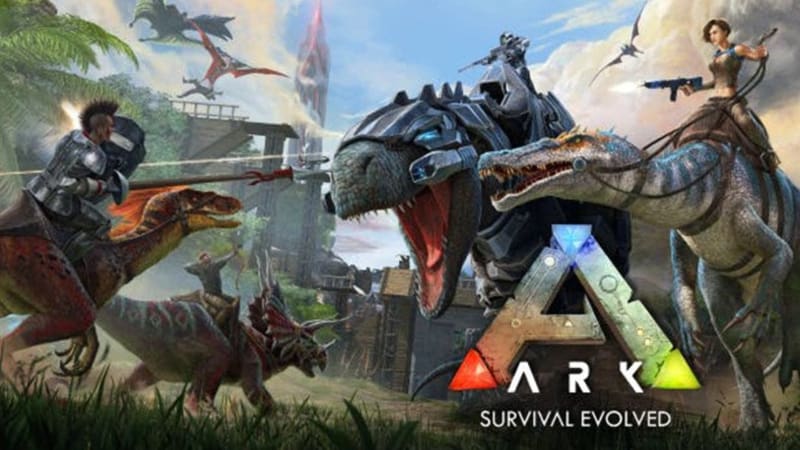 The game was released for the PS4 in 2017 and is played from either a first or third-person perspective.

Players are tasked with keeping their playable character alive while they’re stranded on a dinosaur infested island.

To ensure survival, players can make all kinds of weapons and firearms and build bases to defend against the prehistoric creatures.

Ark: Survival Evolved received mixed reviews from critics, and several Ark: Survival expansions were released in the years after. 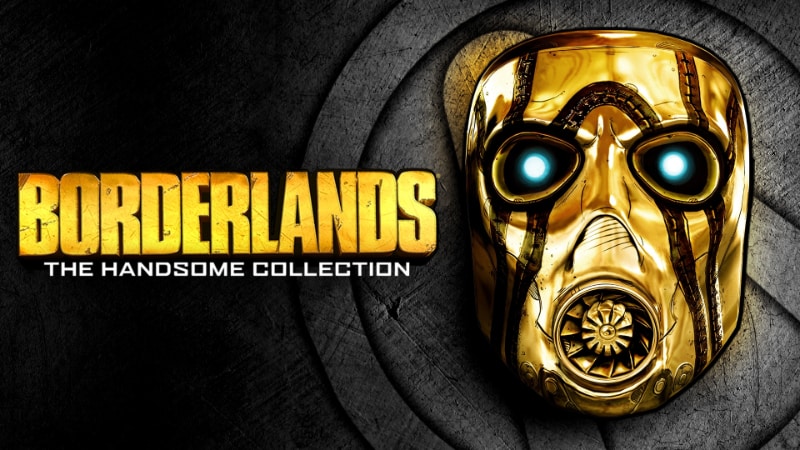 Borderlands: The Handsome Collection is a compilation of first-person shooter video games for the PS4.

It consists of Borderlands 2, Borderlands: The Pre-Sequel, and all of their downloadable content.

The Handsome Collection was developed by GearBox Software and published by 2K Games in 2015.

If you’re unfamiliar with Borderlands, it’s a first-person shooter that follows a group of vault hunters who join forces with a resistance group to defeat Handsome Jack before he unlocks a new Vault.

Upon release, Borderlands: The Handsome Collection received critical acclaim for its visuals, gameplay, writing, and online multiplayer and became 2Ks most successful release. 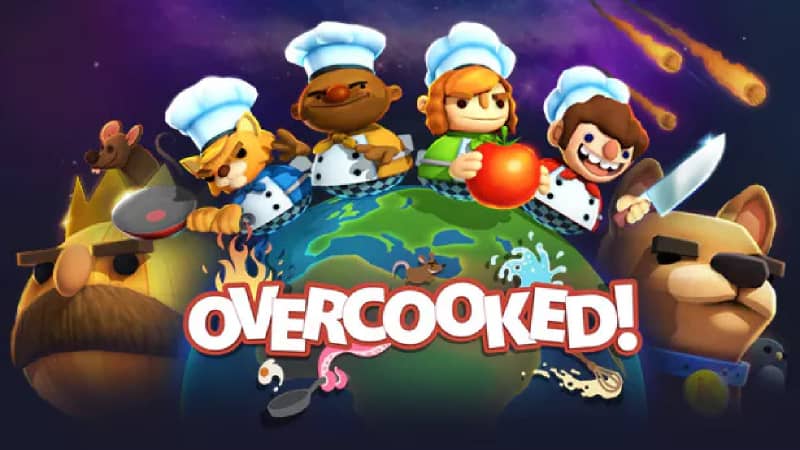 Overcooked is a cooking simulation game that was released on the PS4 in 2016.

It was developed by Ghost Town Games and published by Team 17.

The aim of the game is pretty simple. Players take control of several chefs in a kitchen who must prepare a specific amount of orders within a certain time frame while avoiding various obstacles and hazards thrown their way.

The game was designed to work best as a competitive multiplayer, which is one reason it’s one of the best split-screen PS4 games. 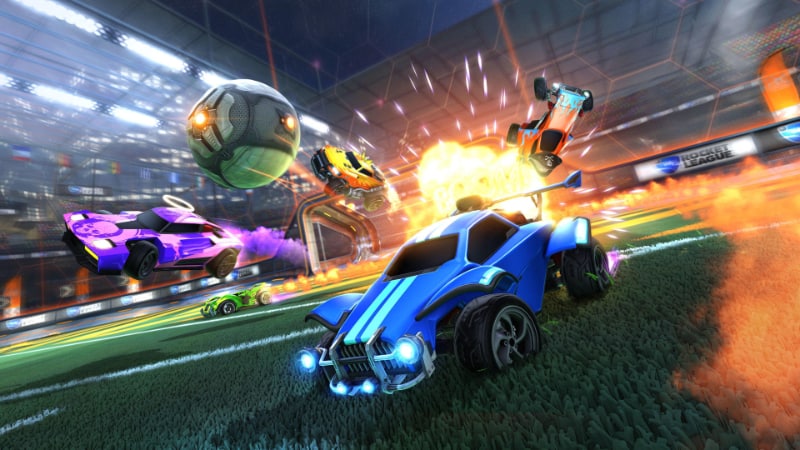 Rocket League is a vehicular soccer video game developed and published by Psyonix for the PS4 in 2015.

The game’s basic premise is to try and score as many goals against your opponent as you can, using your team of rocket-powered cars.

You can choose to play with up to eight players aside and have the ability to play online in both single-player and multiplayer modes.

Since its release, Rocket League has amassed more than 40 million players, earned several industry awards, and become an official esport.

We hope you enjoyed our list of the 15 best split-screen PS4 games.

They’re all awesome games in their own right.

But, when we’re in the mood to play a split-screen PS4 game, we tend to lean towards Call of Duty: WWII, Borderlands: The Handsome Collection, and Rocket League, as we like to mix things up a bit.

Here’s a quick recap of the 15 best split-screen PS4 games:

What’s your favorite split-screen PS4 game? Leave a comment below.

The 10 Best Far Cry Games of All Time Ranked

The 25 Toughest Video Game Bosses to Beat of All Time