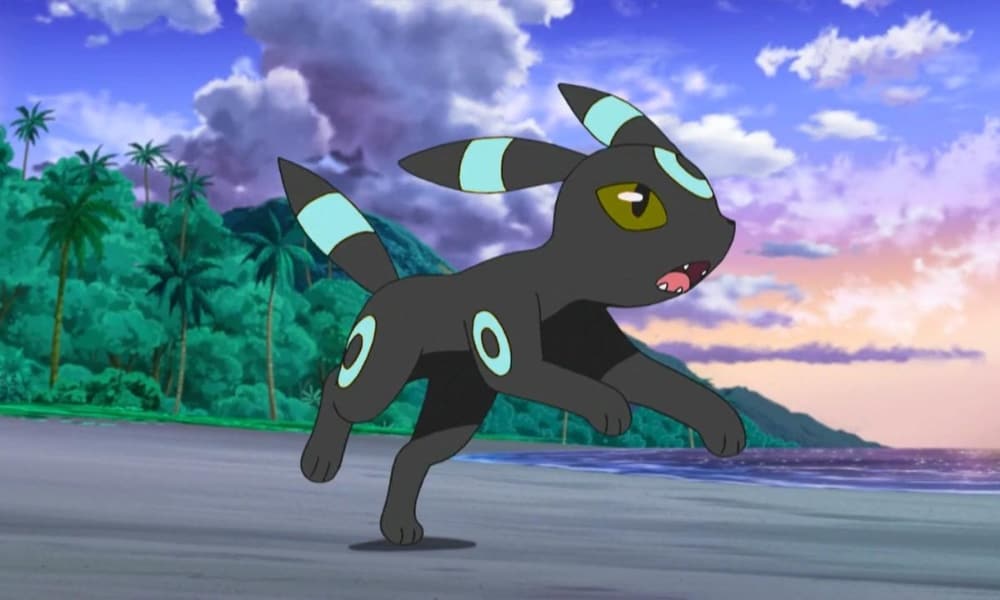 Dark-type Pokémon were introduced in Generation II as a counter to Psychic-type Pokémon, and as such, they are completely immune from all psychic attacks.

However, they aren’t without weaknesses, and if you have the right team, it can be relatively easy to face off against them.

To make battling Dark types even easier, we’ve created this guide to help you understand all the weaknesses and strengths that these Pokémon have.

These Pokémon are only the eighth most common type in the games, so when you come across one, you’re probably wondering, “what are Dark-type Pokémon weak against?”

Since you’re unlikely to come across them too often, it can be difficult to remember what to use against them.

However, they have three main weaknesses that you can use against them if you’re able to build your team correctly.

Dark-type Pokémon are weak against:

This means using pure Pokémon of these types will be your best bet against a Dark type in battle.

However, you can also use dual types, such as Centiskorch, one of the best snake Pokémon, which is a Fire/Bug type, so long as it is equipped with moves that Dark-types are weak to.

Keep in mind that it is the types of moves that inflict the most damage, not necessarily the type of Pokémon.

For instance, if you use a Bug type like Caterpie against a Dark type but make it use Tackle, which is a Normal-type move, it won’t be super effective.

In order to be as effective as possible against Dark-type Pokémon, you also have to know what they are resistant against.

The last thing you want to do is start a battle against a Dark-type only to end up using a Pokémon that will only inflict half damage.

Dark-type Pokémon are resistant to:

Similarly, Dark-types are immune to Psychic attacks, though this can be nullified if you use the move Miracle Eye during battle.

Since they are resistant to same-type and Ghost damage, it isn’t recommended to bring these types of Pokémon when you go to fight any Dark-types.

However, Pokémon like Pabgoro, a Fighting/Dark-type, or Shedinja, a Bug/Ghost-type, could work because of their dual natures.

Just remember to check what moves your Pokémon currently know before sending them into the fight so they won’t be using ones that Dark types are resistant to.

When entering a battle against a Dark type, you’ll want to make sure you have the right Pokémon on your team to counter them.

Fairy-type Pokémon can be good to start out with, especially if you use them to set up status effects that can lower the attack or defense of your opponent.

Fighting-type moves should be your go-to for dealing damage, and Pokémon like Primeape, Machamp, and Grapploct are great for this.

However, dual types like Hawlucha, one of the best bird Pokémon and a Fighting/Flying-type, can also fill this role.

While Bug-types can also be used against Dark-types, they have the lowest base HP on average, so you’ll have to watch their health.

That said, Bug-type moves like Leech Life can help them stay in the game and do a lot of damage to Dark-types.

There are a lot of Pokémon that can help you out in a fight against a Dark type; you just have to make sure they’re on your team and outfitted with the right moves.

The last thing you want to do is have the right type of Pokémon for the fight, but not the right move sets to have a good impact.

Creating the right team can take time, so we definitely recommend spending some time catching a wide variety of Pokémon, so you can consider their moves and particular natures.

Once you have the right lineup, taking down this type of Pokémon will be an absolute walk in the park.

Pokémon To Use Against Dark Types

If you’re going to face off against a Dark-type, don’t just toss in one of the best dog Pokémon and hope for the best.

When it comes time to face off against a Dark type, these are some of the best Pokémon to have on your team.

Each of these Pokémon can hold its own against Dark types and do a lot of damage when set up well.

However, these are only a few of the many Pokémon you can reliably use, and every Bug, Fairy, and Fighting type could be useful during one of these battles.

Not every Pokémon is available in every game, and if you look at the complete Pokémon games list, you’ll see there is a lot of ground to cover.

The exact Pokémon you end up using will depend on the generation of the game, and even then, some Pokémon are not available in all releases.

Moves To Use Against Dark Types

As we noted above, the moves are what deal the most damage during battles, and if you’re not using the right ones, they won’t be super effective.

The best offensive moves to use against Dark types include:

All of these moves are super effective against Dark types and can quickly bring their HP down during combat.

Remember that it is the type of move that matters overall, so pay attention to that when having your Pokémon learn new things.

Dark-type Pokémon are some of the coolest in the franchise, but they can be difficult to fight if you don’t know their weaknesses or resistances.

Fortunately, if you follow our guide, you will have a much easier time taking down this type of Pokémon in the future.

If you’re having trouble with any other Pokémon types, make sure to check out our other guides so you can become a true Pokémon master!

What Dark type Pokémon weakness is your go-to? Leave a comment below.