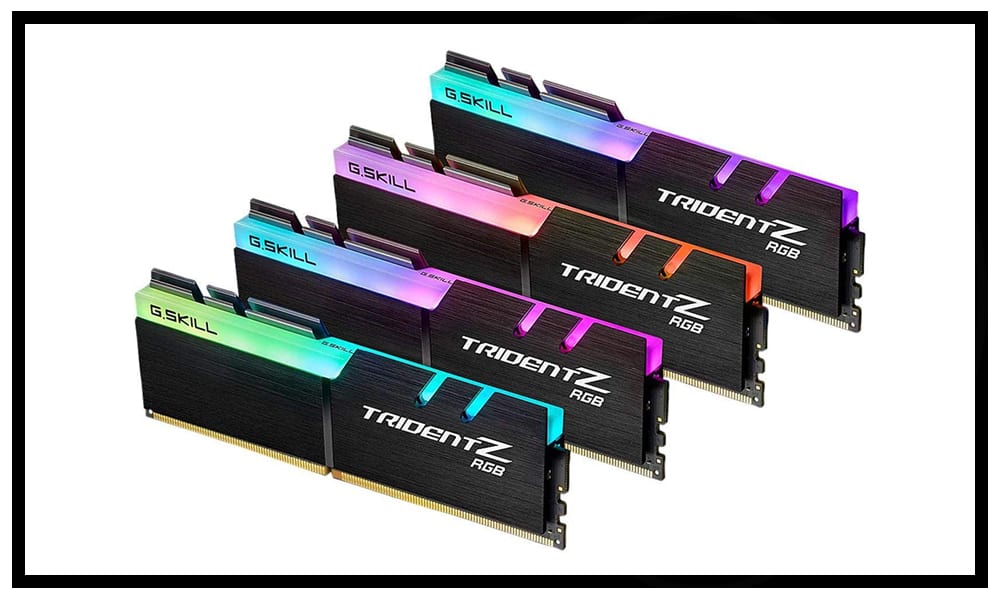 G.SKILL is one of the more respected names in the computer industry. Established in 1989 by enthusiasts, they have become one the leading memory module manufacturers. They also have one the most extensive range of computer memory products available. They have 14 different series of desktop memory alone.

G.SKILL’s first entry into DDR4 market was the Ripjaws 4 series, a kit reviewed a while ago. We were quite impressed, but G.SKILL had more up their sleeve, the Trident Z. The Trident Z took off where the Ripjaws left off, offering speeds from 2800MHz all the way up to a mind staggering 4266Mhz. Very impressive, but there was more to come still.

Enter the Trident Z RGB. The Trident Z RGB offers the same brushed black aluminum finish on one side with the gunmetal gray brushed black aluminum finish on the other as the original Trident Z did, however G.Skill added a something special. That something special is a RGB lit bar running along the top of each module. The RGB lighting is controllable via G.Skill’s own software or with Asus’s Aura software. Kits are available in 8GB x 2 (16GB total) through 16GB x 8 (128GB total) and at speeds ranging from 2400MHz all the way up to 4266MHz.

The Ultimate DDR4 Just Got Better!

Trident Z RGB retains the iconic design element of the traditional Trident Z lineup – featuring luxurious hair-line finished aluminum heatspreaders and an aggressive fin design for highly efficient heat dissipation. The top of the heatsink has been exclusively engineered to mount a wider light diffuser for more extravagant lighting effects. Look no further for a memory that combines performance and beauty for building a stylish, modern PC!

Trident Z RGB series maintains the aggressive fin design for highly efficient heat dissipation, while introducing an innovative dual-color heatspreader construction and a luxurious hair-line finish. Look no further for a memory that combines performance and beauty for building a stylish, modern PC!

Each memory kit contains specially screened ICs through G.SKILL’s unparalleled selection process and a custom engineered ten-layer PCB offering maximum signal stability; and every single kit is rigorously tested for reliability, compatibility, and performance across a wide range of motherboards.

Unboxing and a Closer Look 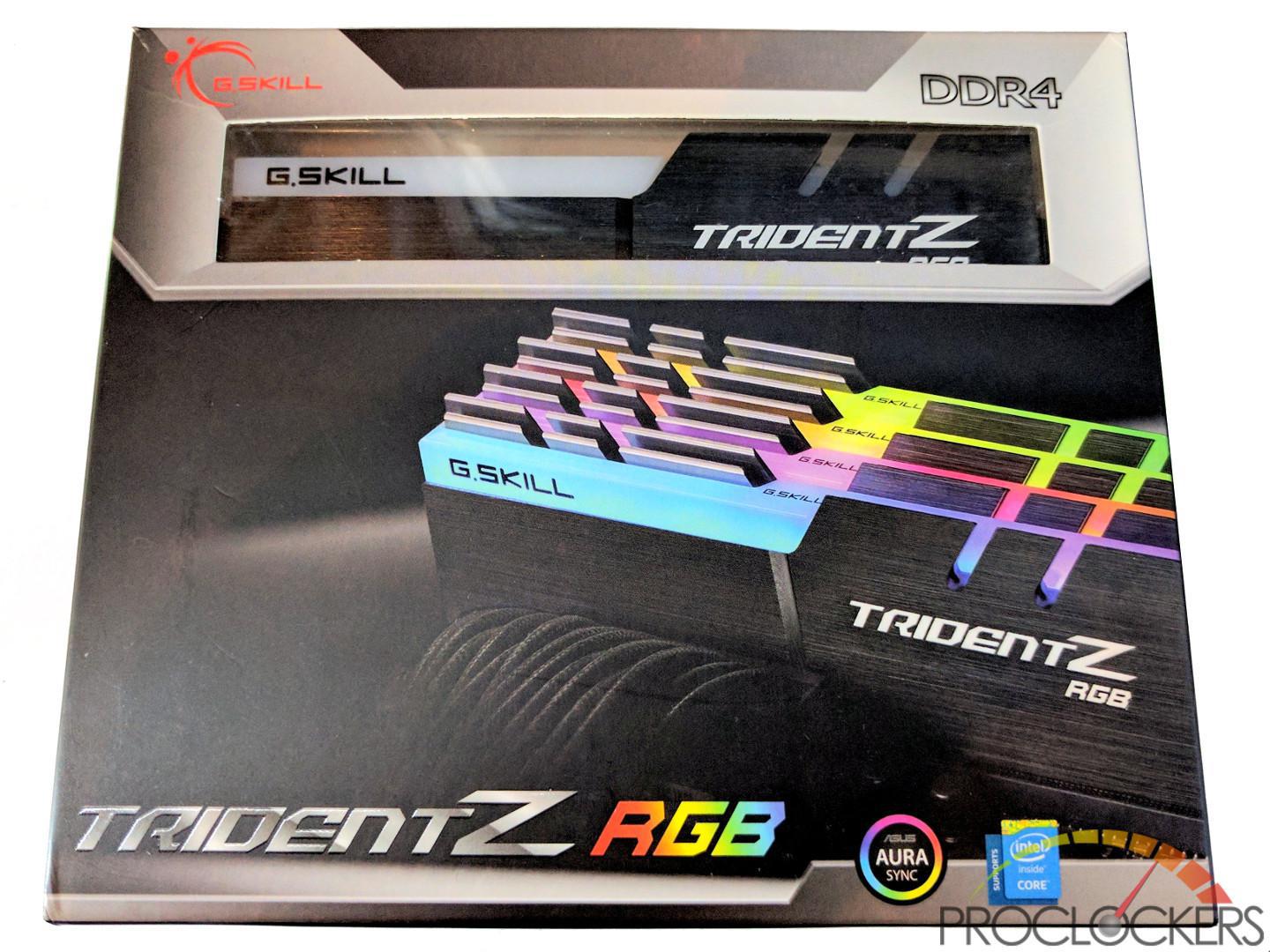 G.SKILL has gone above and beyond their normal kits and packaged the Trident Z RGB in a box. 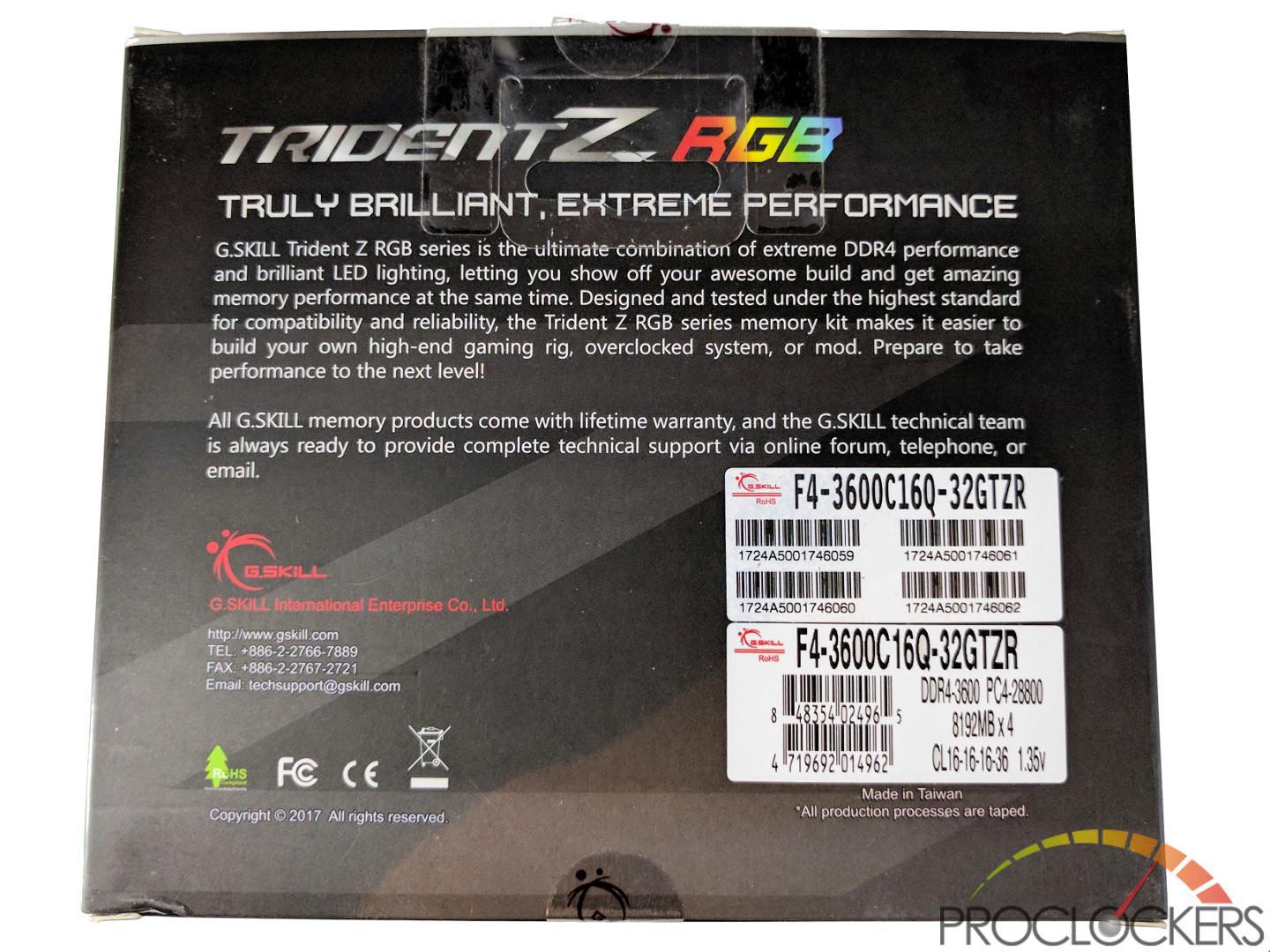 Around back we see a description of the Trident Z RGB series and warranty information. There is also a label denoting which modules are included in the package, as well as technical support contact information. 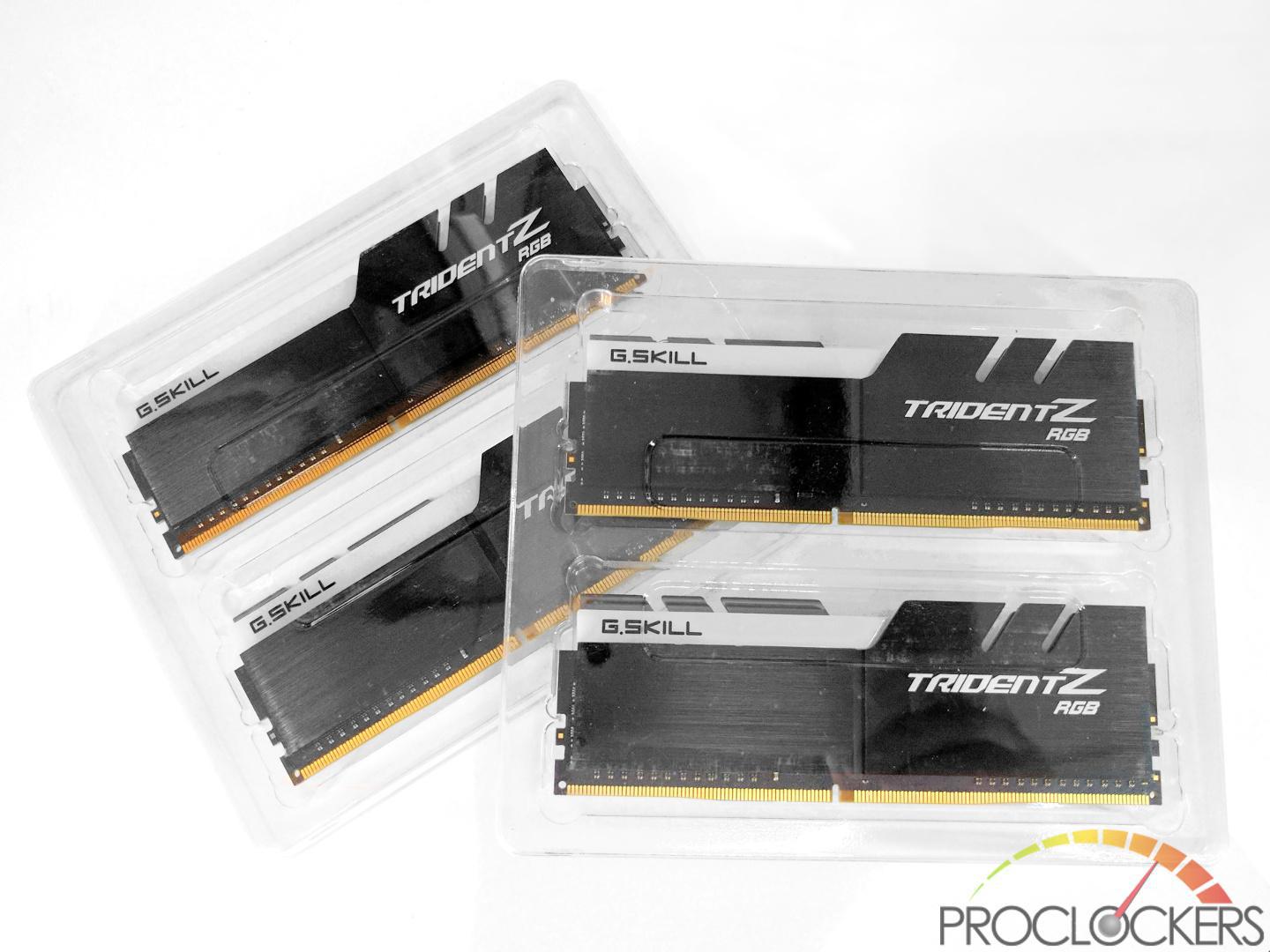 The memory kit is packaged in plastic trays. Included in the package is a G.SKILL case sticker. The packaging is reusable. 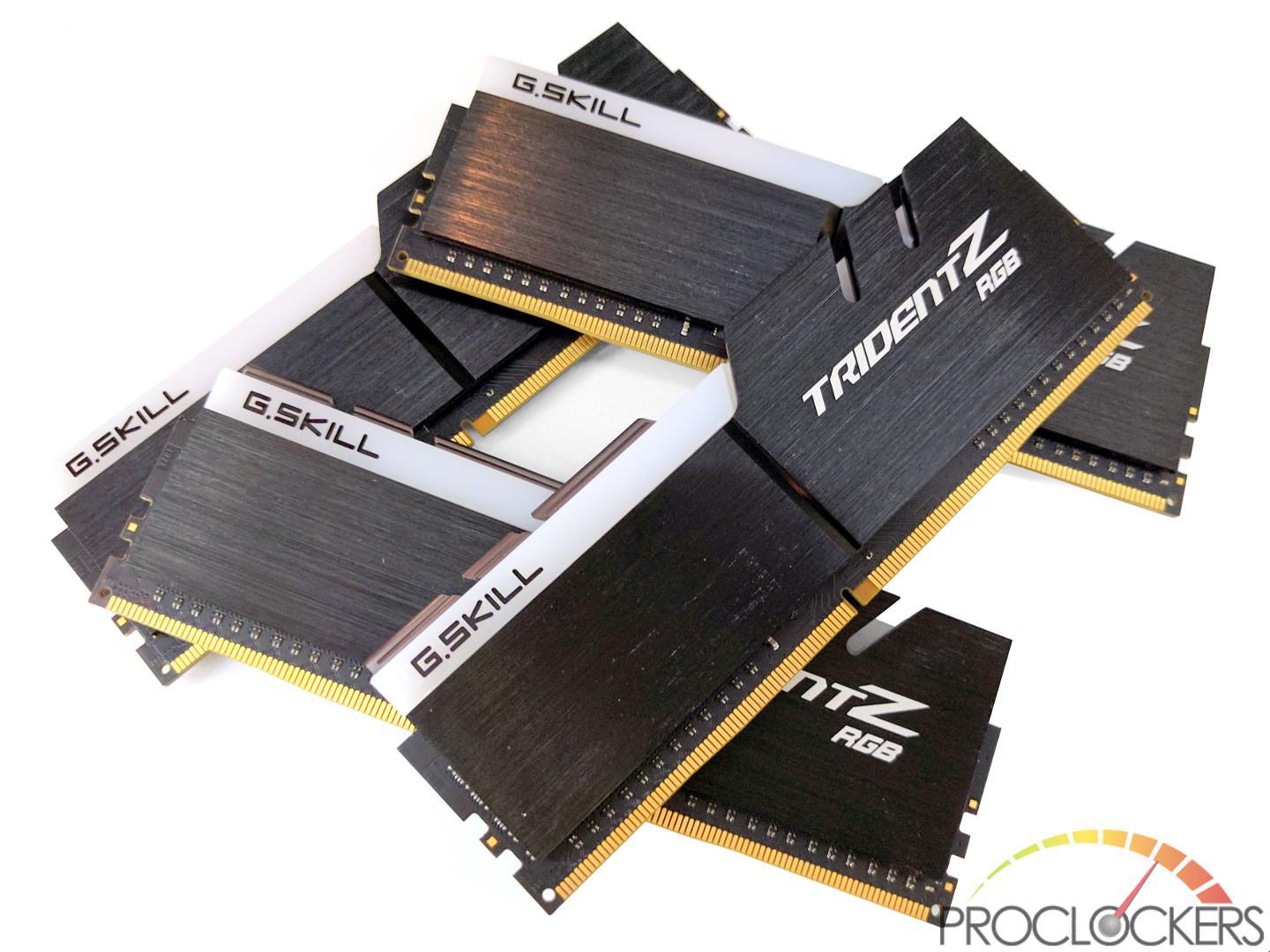 The G.SKILL Trident Z RGB set feature a dual color heatsink with white accents. On one side there is a gun metal finish. The white accents are RGB lit. 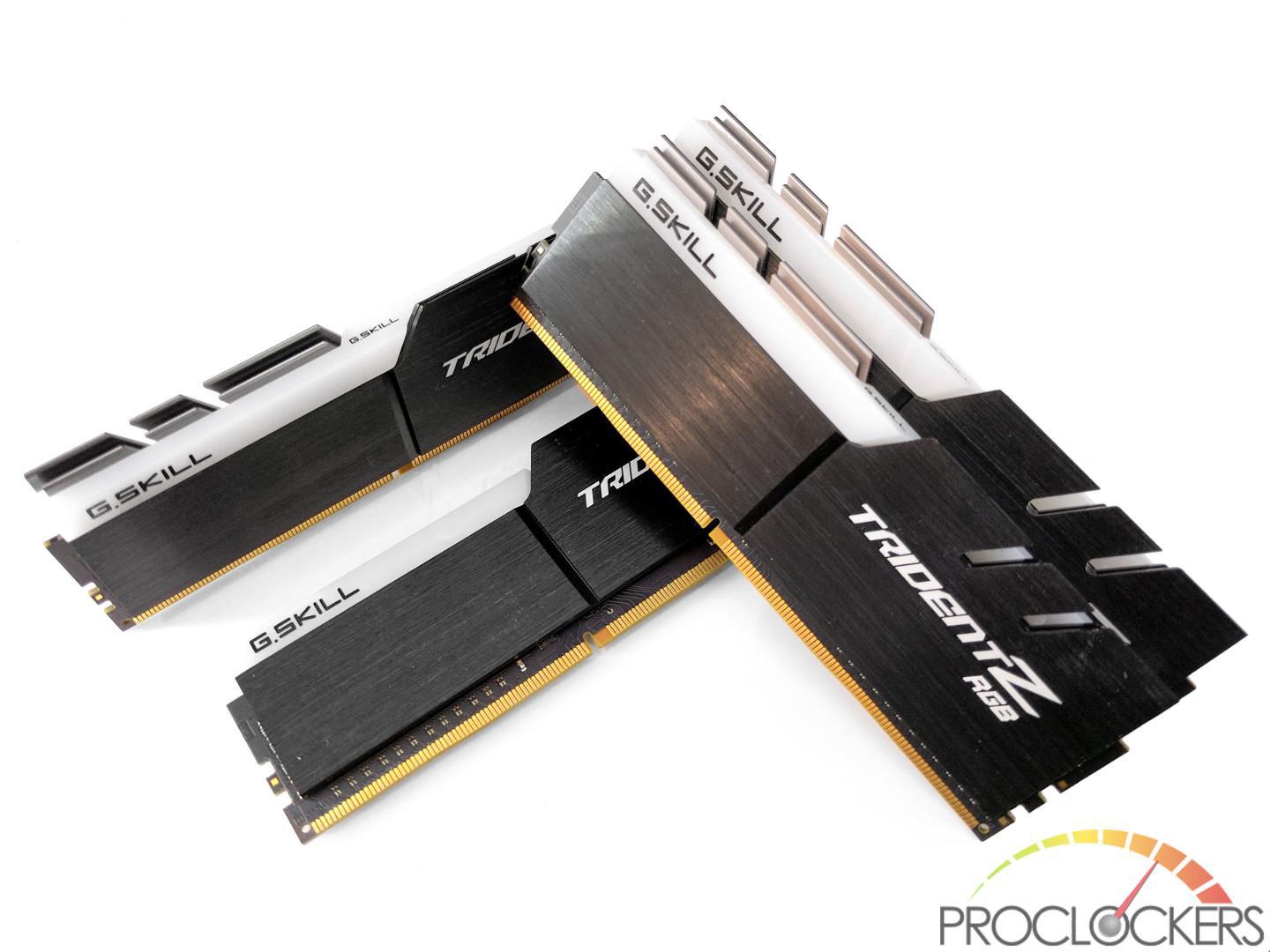 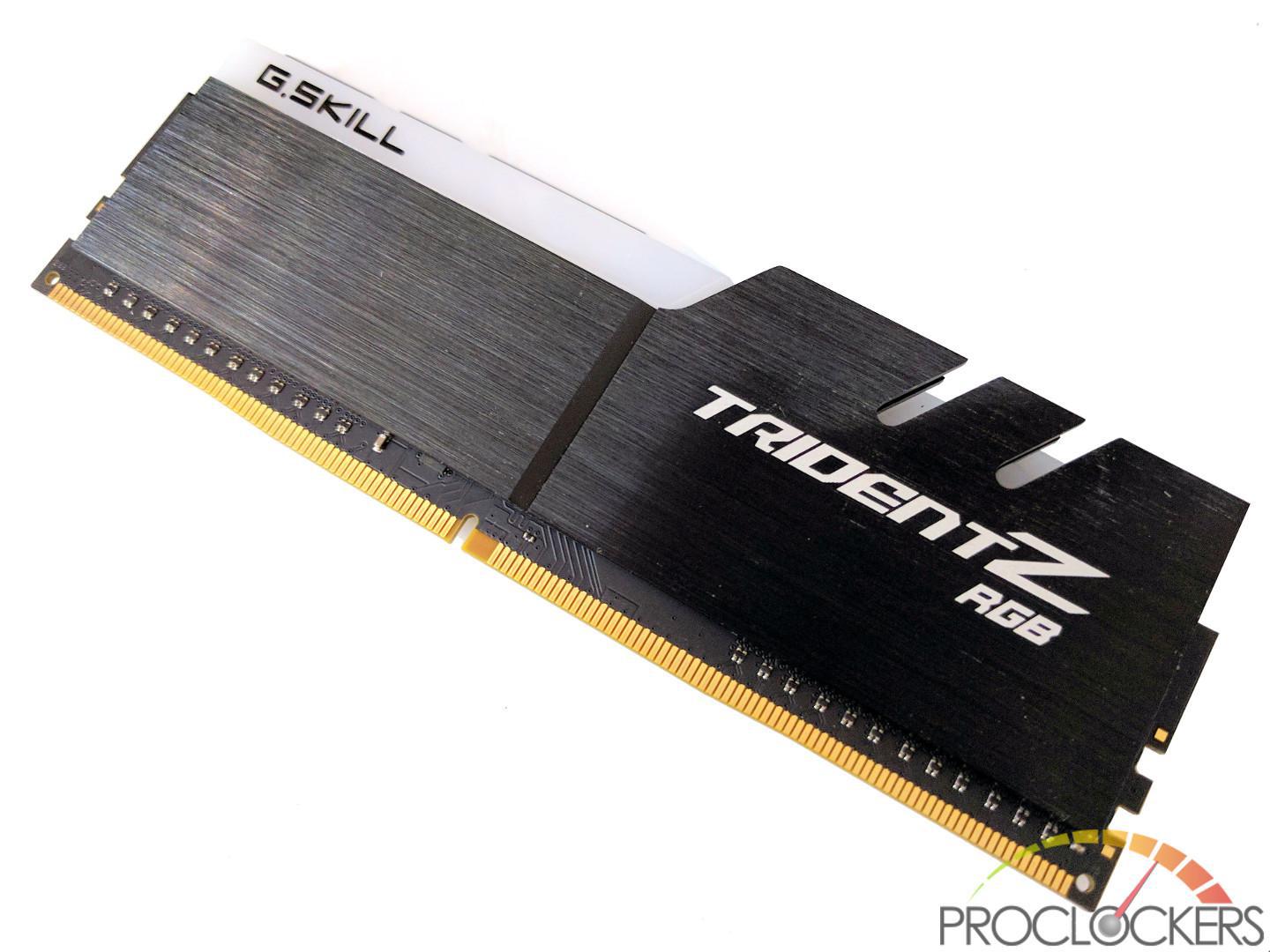 Standing at 44mm tall, the Trident Z RGB fall in the middle of height compared to some other kits in this speed class. 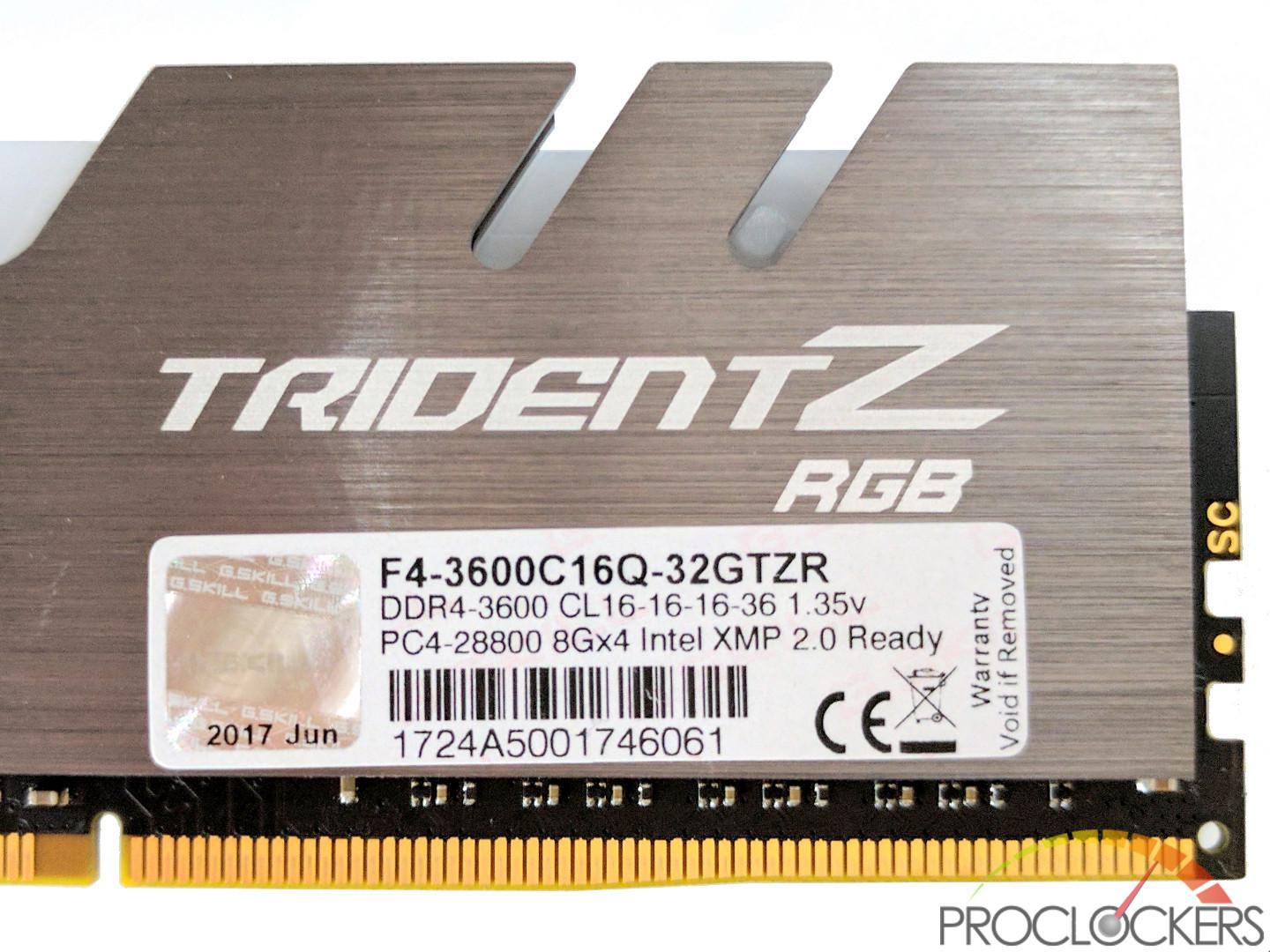 The other side features a black brushed finish. G.SKILL attaches a label to each memory module that contains all important information regarding that exact module.

Configuring the RAM for the test Intel X99 based system wasn’t as simple as selecting XMP. The Gigabyte X99 Designare EX motherboard isn’t designed to run memory faster than 3333 MHz. Through quite a bit of trial and error we eventually mamnaged to get the Trident Z RGB to run at 3600 MHz and with XMP timings, though the timings had to be manually entered. 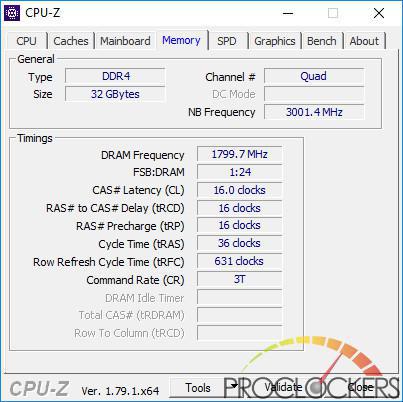 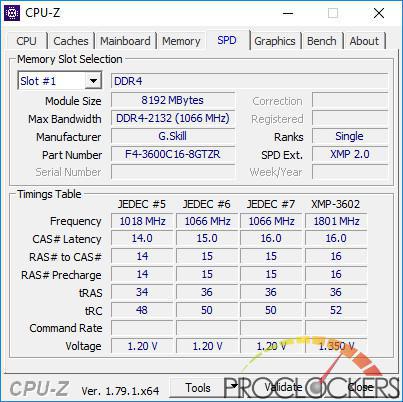 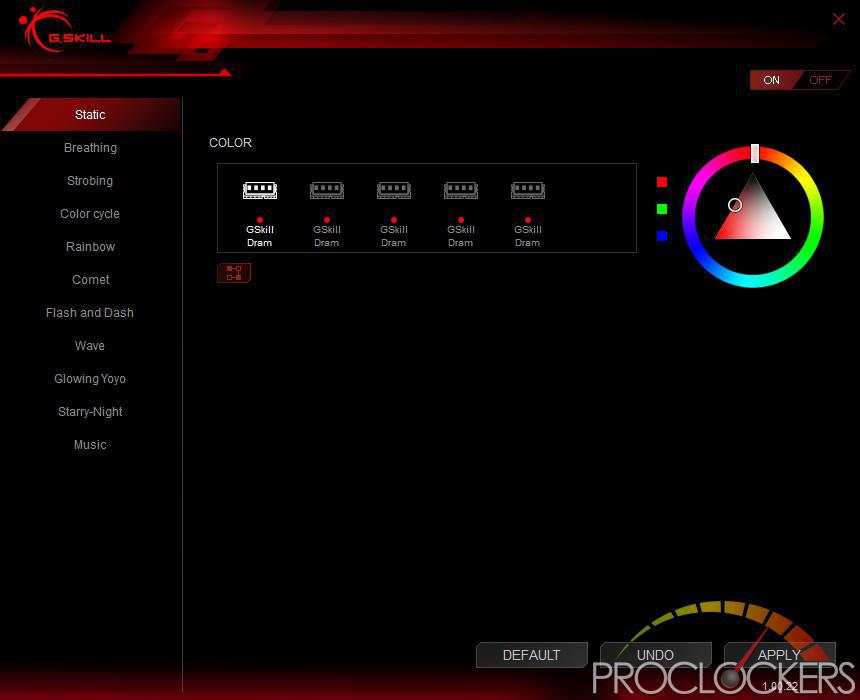 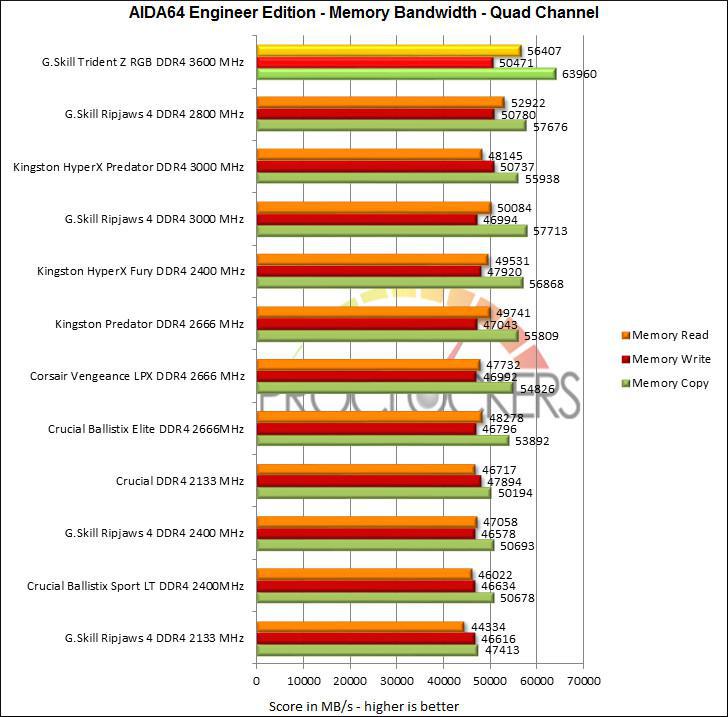 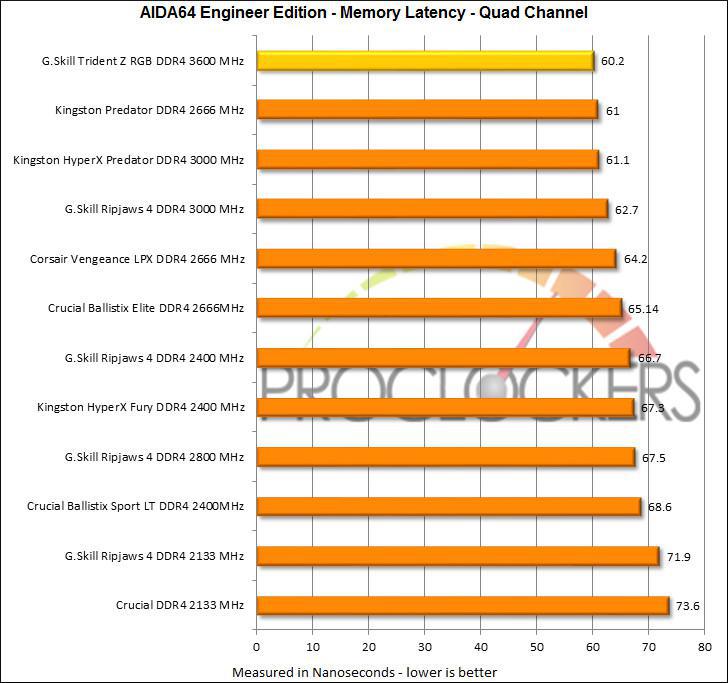 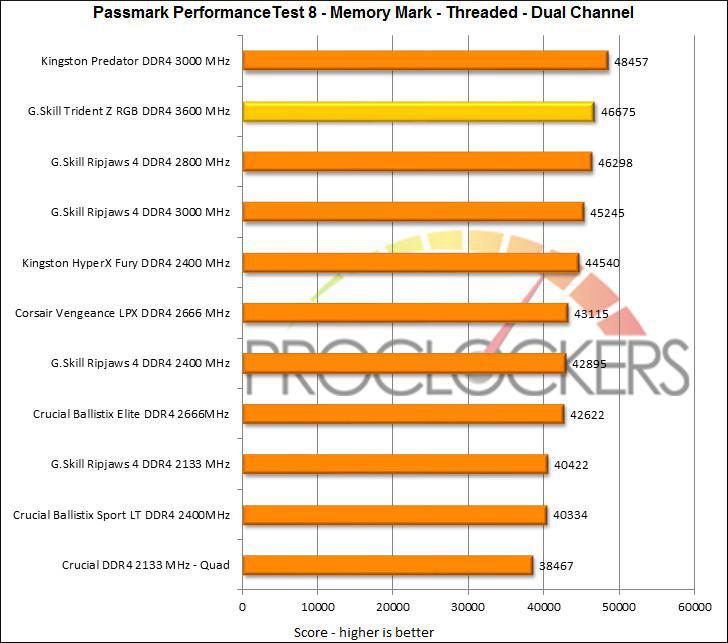 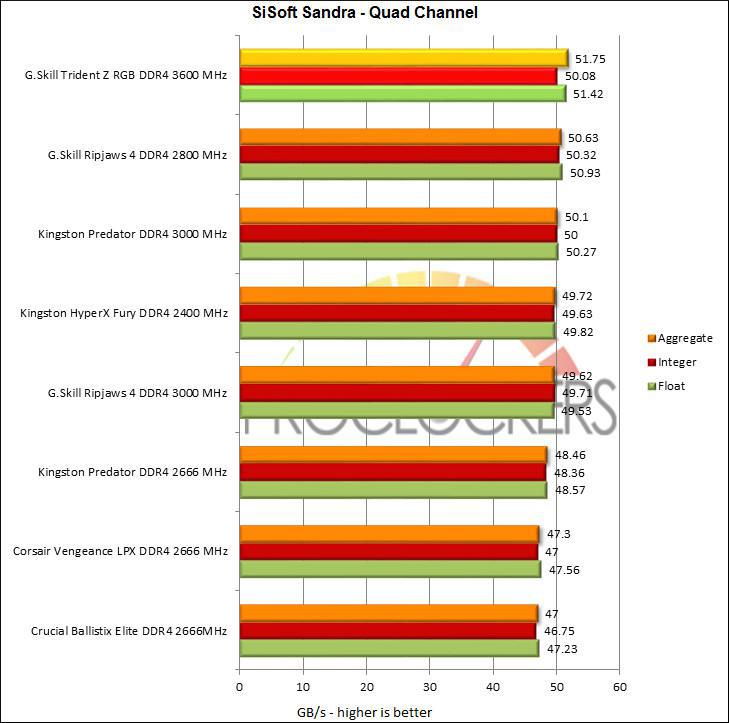 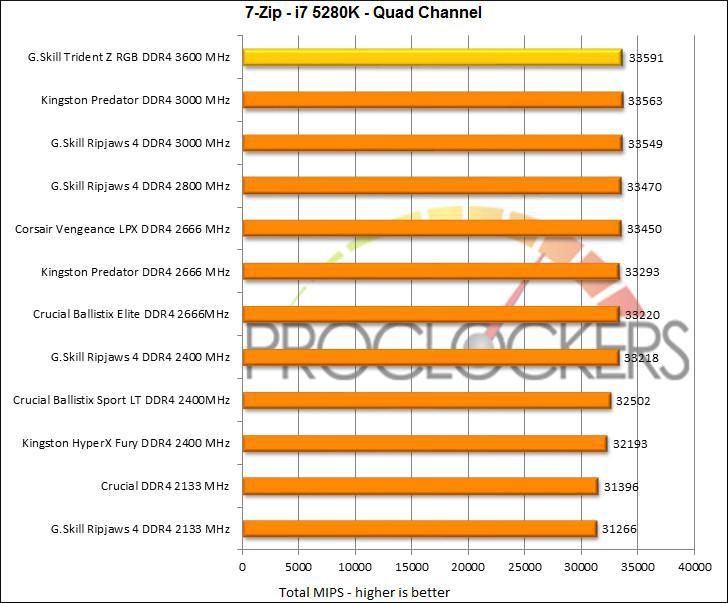 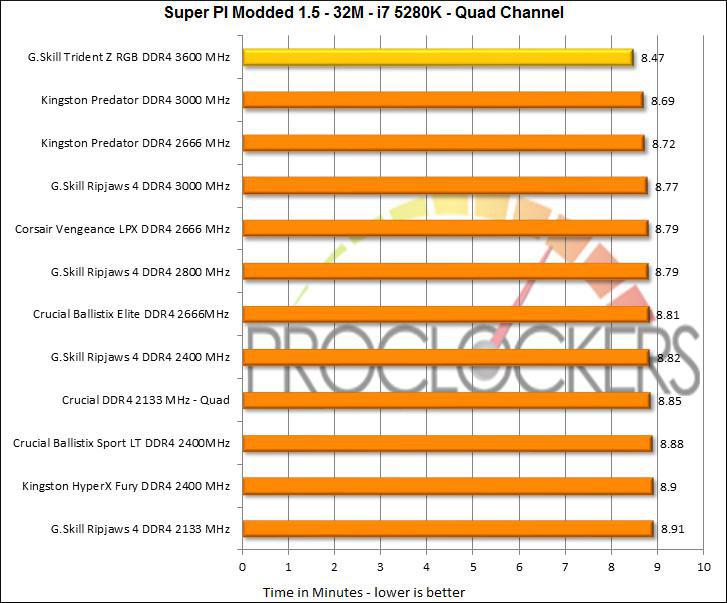 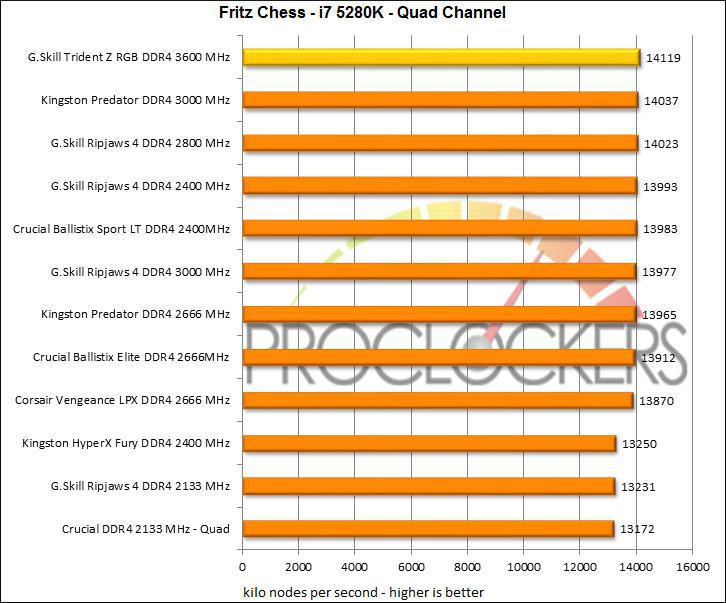 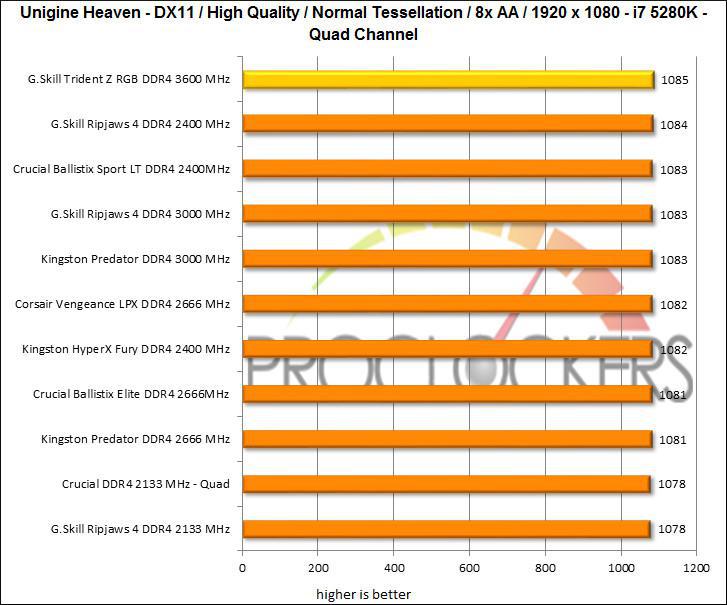 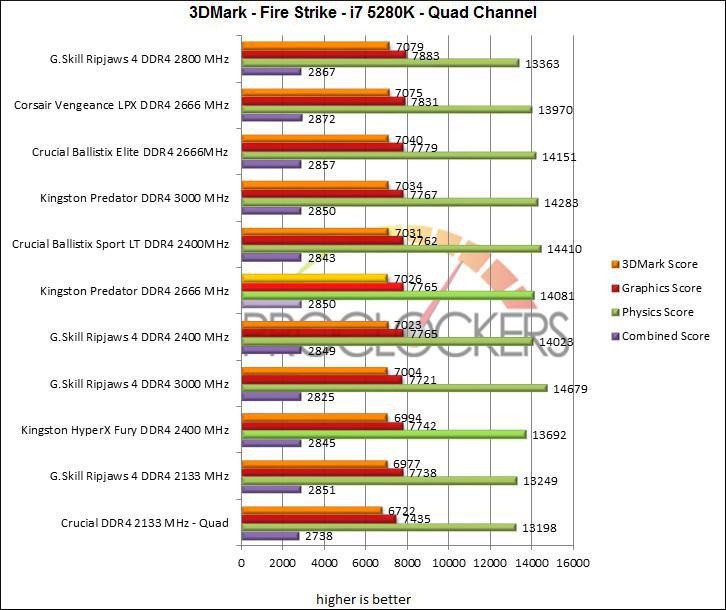 G.SKILL memory is legendary in the overclocking world, so big numberss were expected. I started off by simply changed the memory multiplier from 36 to 37.3. The system tried to boot into Windows, but didn’t quite make it. Once I loosened the timings to 17-17-17-37-2T, it ran flawlessly. At this point and the Trident Z RGB were running at 3473 MHz and was completely stable. I then raised the voltage to 1.4v, but was not able to increases the multiplier any further. 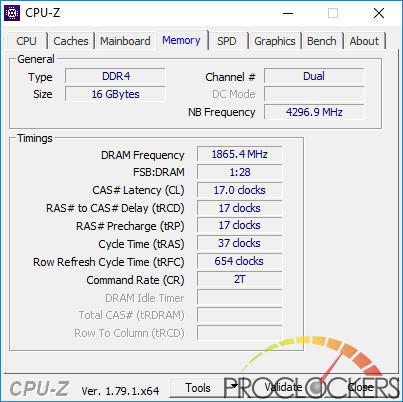 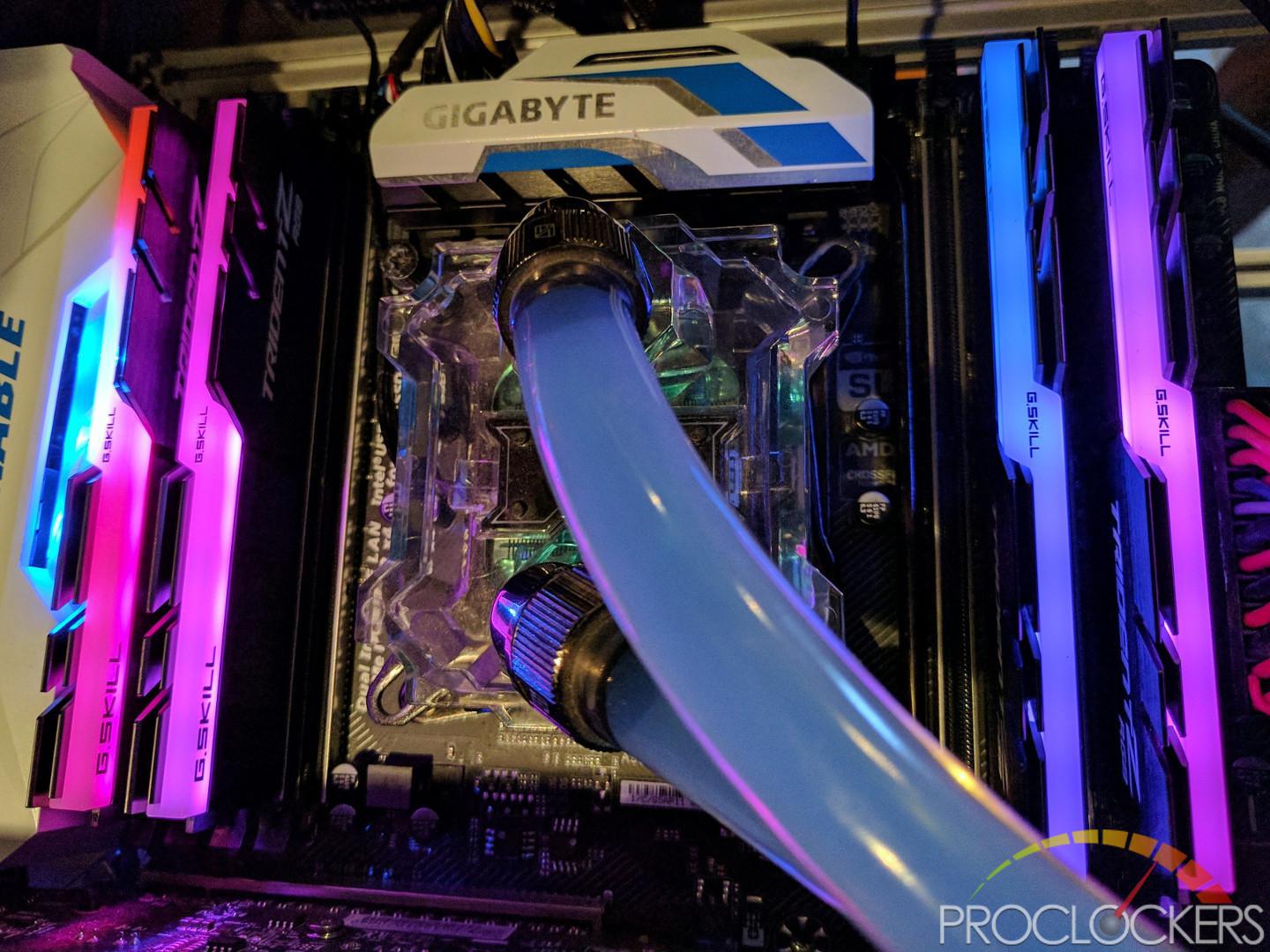 The G.SKILL Trident Z RGB is one of the best looking memory kits I’ve seen. The dual color black and gunmetal brushed aluminum heatsinks with RGB lit bars are serious head turners. They would look great in any motherboard with black and/or dark grey accents. At 44mm tall they are on the taller side, but still should clear most aftermarket air coolers

General performance was excellent, meeting or beating our expectations. Overclocking headroom was good as well. 3733MHz is an easy option. For those who want to go all out, 3800MHz or even higher might be a possibility with the right motherboard. G.Skill’s RGB lighting software is easy to use and offers a wide variety of effects.  The Asus Aura compatibility is handy for those how can use it. Speaking of lighting, the Trident Z RGB have the most impressive lighting I’ve seen to date.

At the time of testing, I was able to find this kit at Newegg and Amazon for $430.99 more or less, far from inexpensive. Uniquness rarely is though. The Trident Z RGB has a great combination of performance and unique cosmetics. Like all of G.SKILL’s memory, they feature a lifetime warranty.