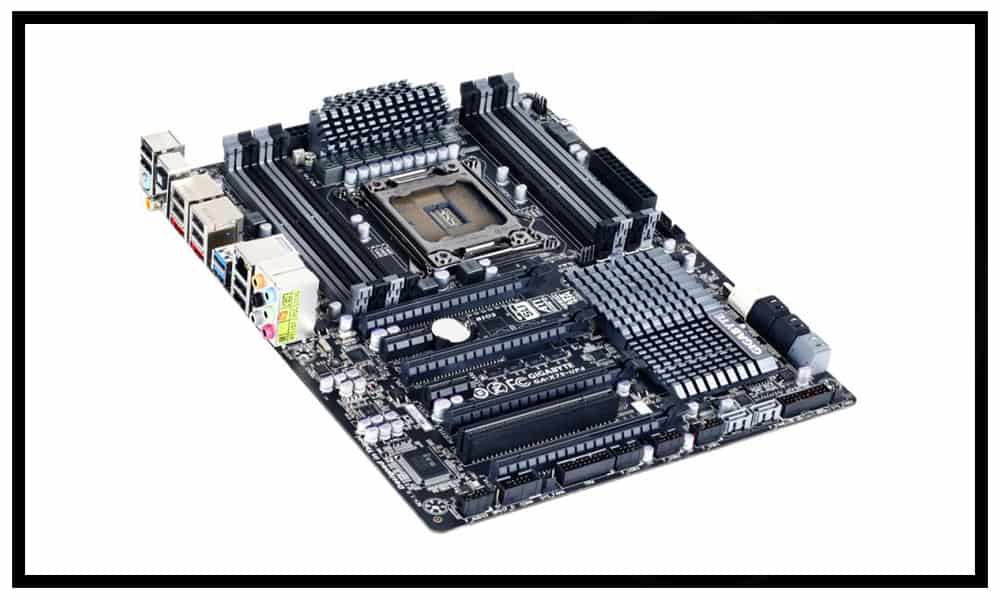 If you are a computer enthusiast then there is a high chance that you have heard of Gigabyte’s Ultra Durable technology. If you haven’t chances are you are not really an enthusiast or you may be a fanboy of another manufacturer. Whichever the case the Ultra Durable tech has been around for some time and one reason why Gigabyte has broken several records over the years.

The whole concept of the UD technology is to provide the motherboard with the right components to make sure that ample power but safe power is delivered to the CPU, ram and other components that tend to get stress during an overclocking session or intense gaming periods. This means Mosfets and chokes and even the copper traces are upgraded each and every time Gigabyte rolls out a new version of the technology.

And this is just what has happened, Gigabyte has updated the technology and named its obviously Ultra Durable 5. Currently, it is offered on four motherboards: Z77Z-UP4/5 TH which both has Thunderbolt support and the X79S-UP5 Wi-Fi and the X79-UP4 which are based on Intel’s high-end Sandy Bridge-E processor. We will be taking a look at the latter today as part of this review.

Gigabyte’s take on the X79-UP4

No matter how many reviews and articles we see on Z77 and no matter how large of a domination it has on the enthusiast market, Intel X79 chipset is the current king of all chipsets as of right now. The raw processing power of the 3960X/3930K goes untouched and if you want to run several graphic cards along with other expansion peripherals the number of PCIe lanes allows just this with any bog to performance. There are other advantages to the much pricier chipset but that is another article another review.

Gigabyte released a few motherboards with the X79 chipset as the main focus; one that we reviewed here on Pro-C was the X79-UD3. The X79-UD5 was more of the enthusiast board with the UD7 being the bigger dog and the bencher’s choice with its orange color scheme and all PCIe slots. But the thing is either contained the new Ultra Durable tech. But the X79-UP4 does.

The circuitry which this new board consist of is purely outstanding. Most of it is concentrated around the CPU socket. The new PowIRstage from Gigabyte allows better efficiency while using lesser number of voltage regulators. And Gigabyte shows this with the seven power phase setup and each phase’s Ferrite choke is rated at 60A. And in order to transfer all current made is a hefty load of copper. Along with the extra copper used a decrease in temps are recorded and according to Gigabyte that decrease is said to be up to 60 degrees.

The UP4 has a total of x16 length PCIe 3.0 slots operating at 100MHz. The first two are rated at x16 truly when used along or together. But if you decide to a throw a third GPU into the either of the X8 slots the second slots does downgrade to x8 as well. Besides the longer slots there are two x1 slots and a single PCI slot.

The UP4 has a boatload of SATA ports, a total of ten on the surface of the motherboard. The six closest to the ATX connector all operates on the X79 chipset and supports Raid 0, 1, 5 and 10. The two white ports are SATA III while the four black are SATA II. The four gray ports take their cue from a Marvel 88SE9172 chip. Raid support is only 0 and 1.

You don’t get a ton of fan headers on the UP4 but you do get four that are placed on all four corner of the motherboard.

The X79-UP4 supports DDR3 up to 2133MHz and also supports the X79 standard quad channel memory kits. If using a quad kits the slots are populated in slots 4 (closest to the I/O ports), 2, 1 (second slot to the left of the CPU socket) and 3 first or simply the gray slots.

One small benefit I little about the memory setup of X79 motherboards is a lot of times it keeps the cooling on the motherboard honest. In the case of this UP4 model a semi tall passive heat sink over the VRM of the board and a flat unit covering the PCH.

When it came down to overclocking the UP4 it was really no different from the UD3 featuring the same chipset we reviewed here. Unfornately for us, our test bench processor has maxed at 4.6GHz on each of the motherboards we have tested including this one. All the same perimeters where put into place like not going over 1.4GHz which is the max everyday voltage on a processor this type using air cooling and not exceeding 1.65v on the memory. When all was said and done we the results are the same but ones we would greatly take as that is an 1400MHz jump over stock 3.2GHz. But the good news is it achieved this at a lower voltage of 1.428.

Gigabyte has laid out a real solid foundation for their next generation of motherboard technology. With the lack of phase power needed to produce the same results is a huge plus in our book. And adding to that you are assured better efficiency when it comes to the power been shot into the different voltage aspect of the CPU. We have seen Gigabyte take these types of steps each and every time a new addition of the Ultra Durable is released.

Many features of the motherboard are ones that comes default from Intel in the X79 chipset. But it is not like Gigabyte not the take it a step further. The additional SATA ports, extra USB ports, four PCIe slots are all reasons why this could be your next gaming board or one used for professional reasons. A feature that we really like is the layout. The color scheme is great and the overall placement of connections, plugs and ports are all within reason.

One feature I wish was not eliminated from this motherboard that you could find on others is the onboard power and reset buttons. We understand many will not use these but great to have when testing and benching.

One issue we had with the UD3 we testing was the fact the system failed to reboot after a failed overclock. This was not an issue with this board. But we found out that we had to act quick on the reboot and change whatever issues the system had before it would freeze and then a clear CMOS was needed.

Motherboards for the X79 chipset are not cheap but for $270, you can have a solid motherboard with the X79-UP4. Or for $30more you can opt out for the UP5 which has more options including Wi-Fi. Looking at Newegg, the range for X79 motherboard is between $209 and $429 making this board a very decent bargain.