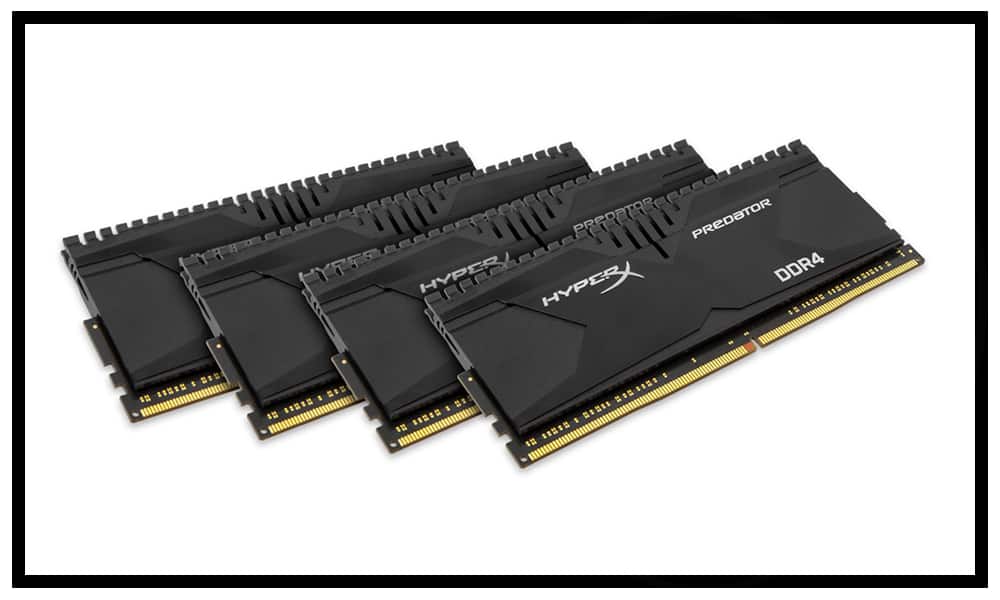 Kingston Technology launched the HyperX T1 memory series back in 2008. Soon afterwards, the HyperX T1 became legendary among the enthusiast community and for good reason. HyperX T1 modules featured massive blue heat spreaders that dissipated heat away from the memory chips, a necessity for overclocking. After a four year production run, Kingston to go back to the drawing board and design a new heat spreader with better thermal characteristics. So in 2012, the HyperX Predator was born.

Featuring a superior heat spreader design and some other notable improvements, HyperX Predator series replaced the HyperX T1 series as the flagship of the HyperX memory line. Now 2 years later, DDR4 has been released and Kingston chose the HyperX Predator DDR4 as their first release with the new memory technology. The Kingston HyperX Predator DDR4 offer speeds from 2133 MHz all the way up to a staggering 3000Mhz. They feature very high profile black aluminum heat spreaders with a total memory module height of 53.9mm. At 3000 Mhz, the HyperX Predator DDR4 16GB kit I am reviewing today is at the extreme high end of the memory speed scale and the fastest DDR4 memory kit that Kingston offers. There is no single thing that is subtle about the Predators.

A rather uncommon feature of the HyperX Predator DDR4 is the use of two different XMP profiles. Profile #1 is at the rated 3000 MHz speed, while Profile #2 is at 2666 MHz. If for some reason a user is not able to boot with profile #1, they can select profile #2 instead. Then the user can fine tune the memory from there. Due to the high speed of this memory kit, there are many low and mid-priced motherboards that simply will not be able to run them at all. The very tall aforementioned heat spreader will undoubtedly interfere will many aftermarket air cooler and perhaps some AIO coolers as well.

Prey on the competition with HyperX® Predator DDR4, offering low CAS latency and the most aggressive timings on high-speed modules for a new generation of performance. HyperX Predator’s Intel XMP profiles are optimized for X99 motherboards for compatibility and easy overclocking. Like you, Predator DDR4 keeps its cool while gaming, for a cooler and quieter PC. Stand out from the crowd and maximize heat dissipation with Predator’s signature tall heat sink, now in black.

The memory kit is packaged in a rather plain brown box 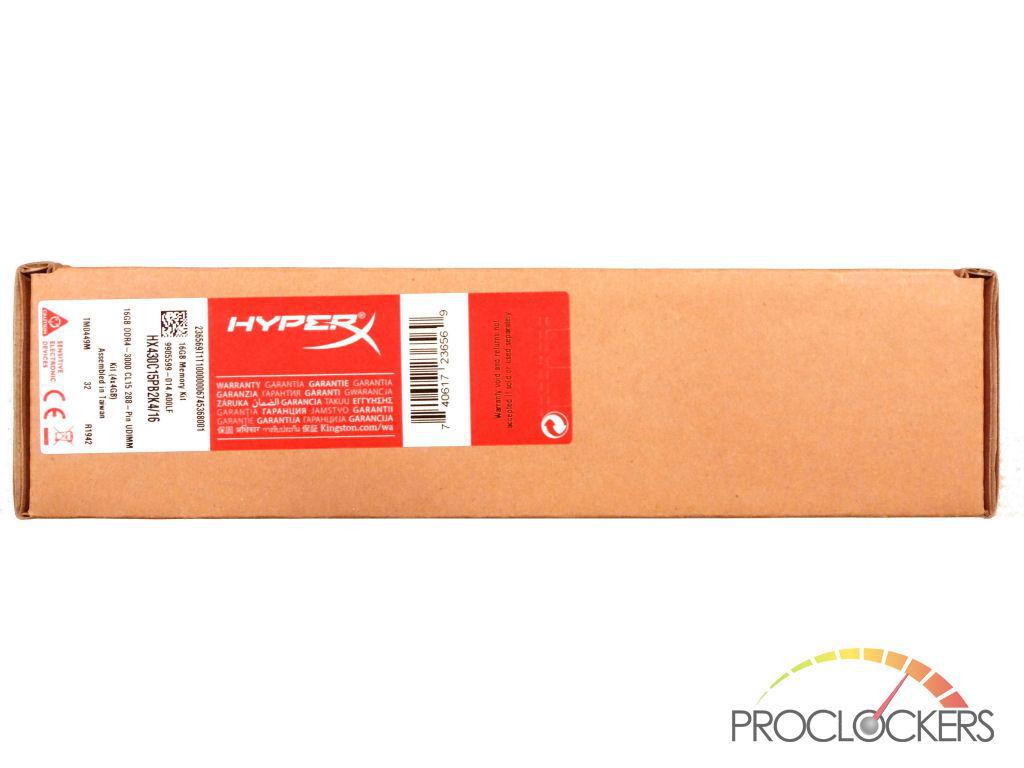 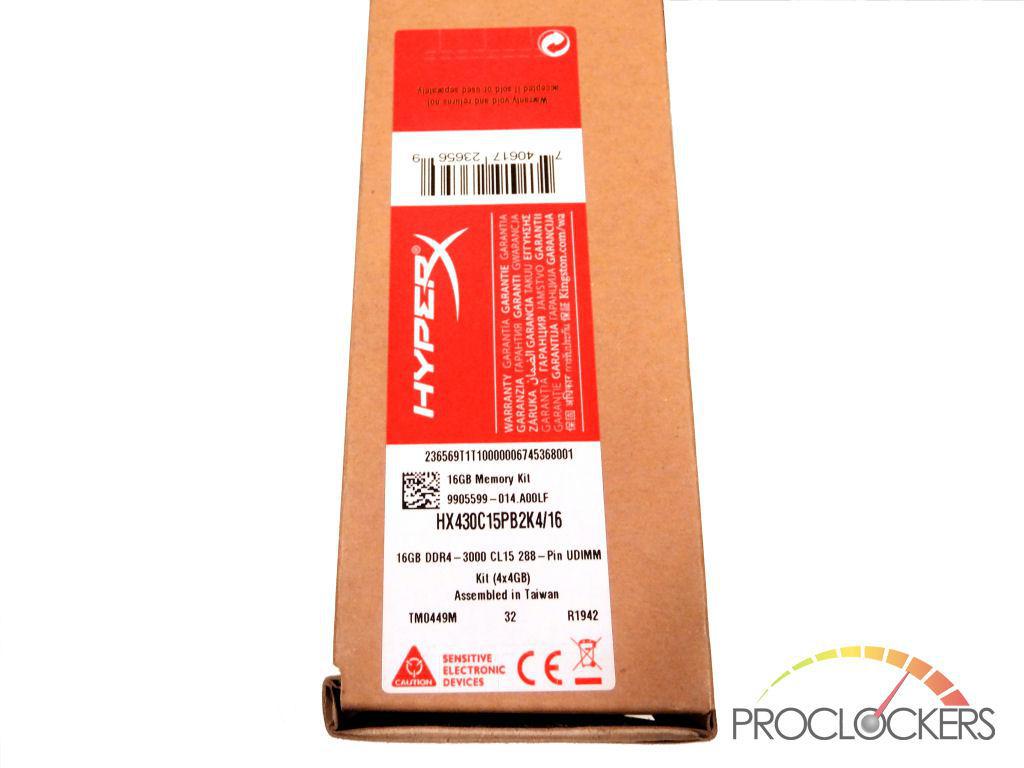 The side of the box has a label with the part number and a brief description on the contents. 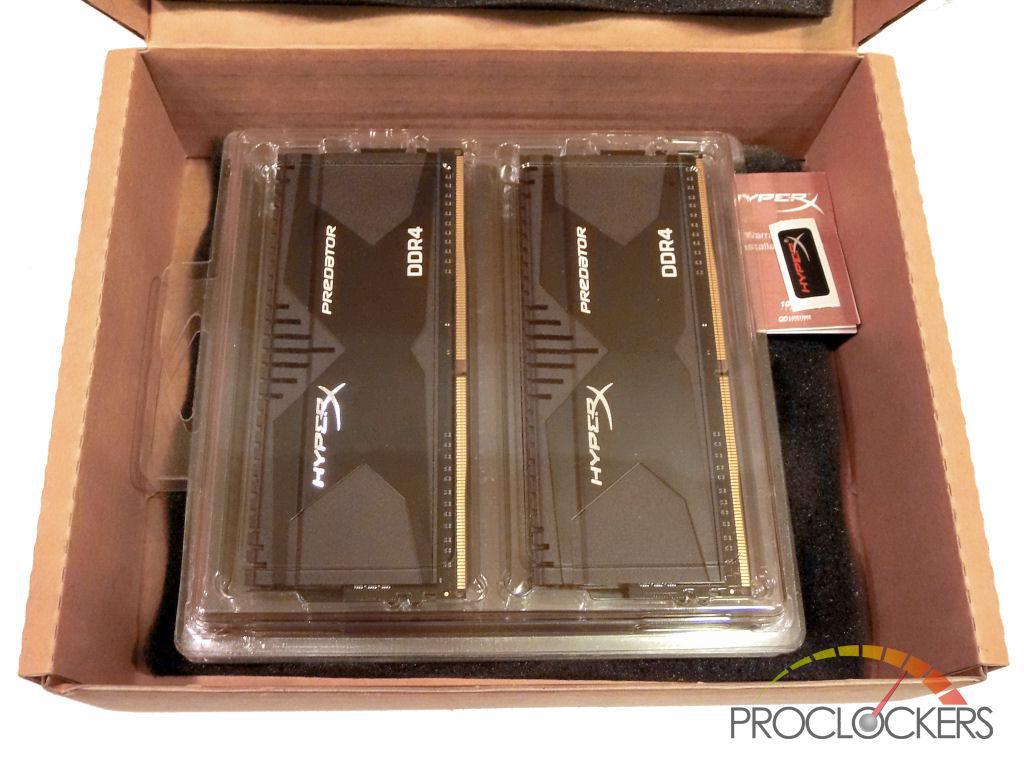 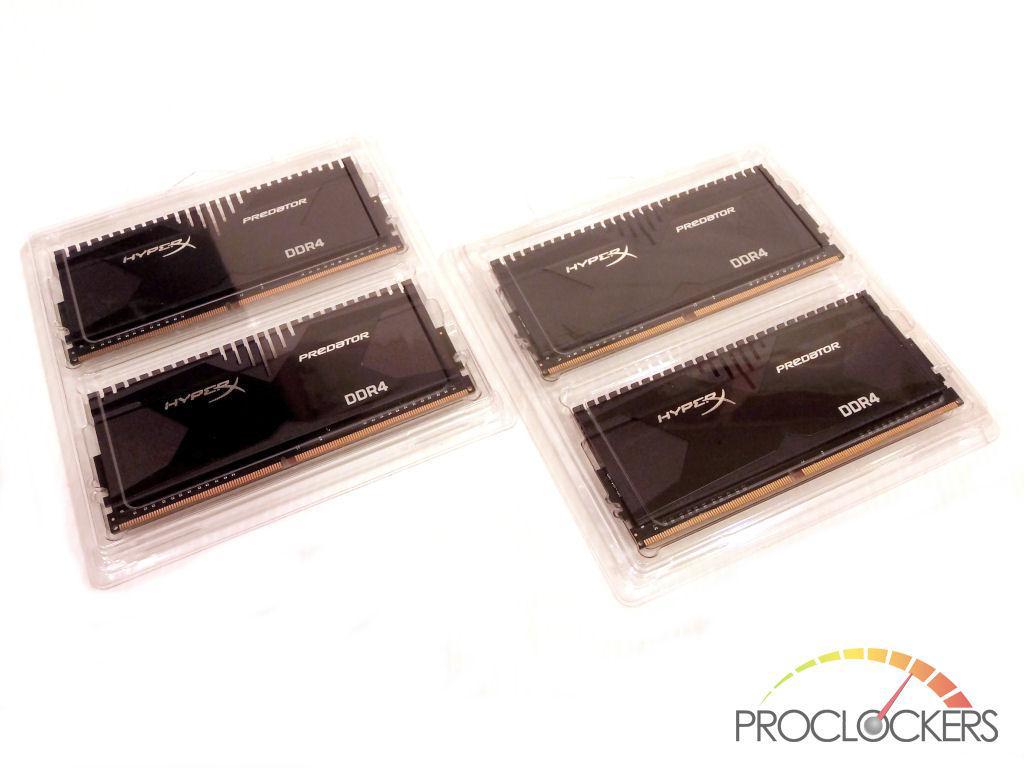 Once inside the box we are greeted with the memory. The memory is protected by a pair of plastic trays. There is also a HyperX case sticker and warranty/installation guide. 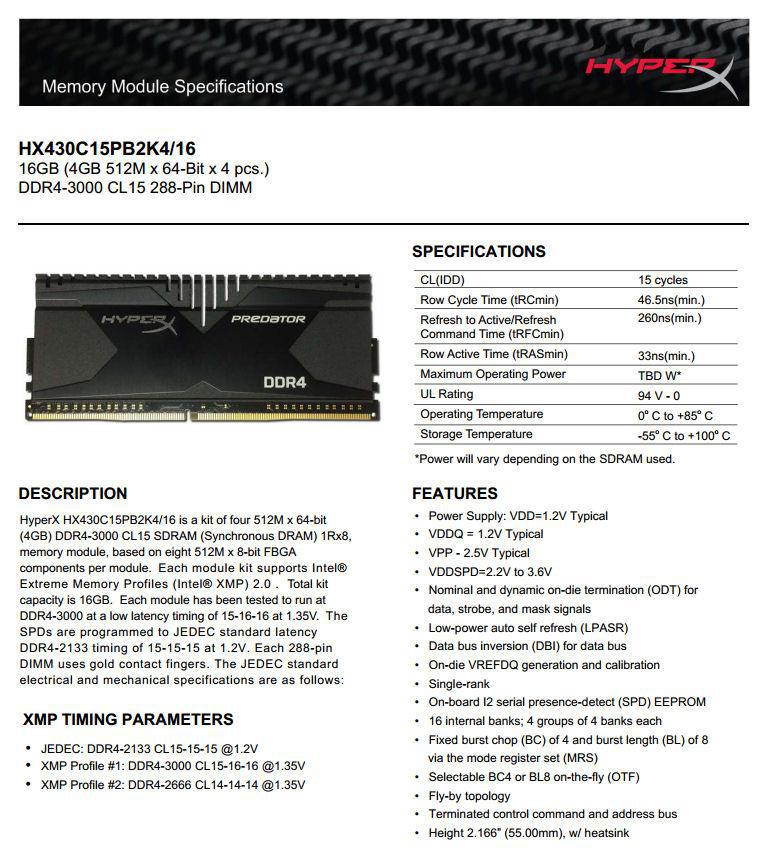 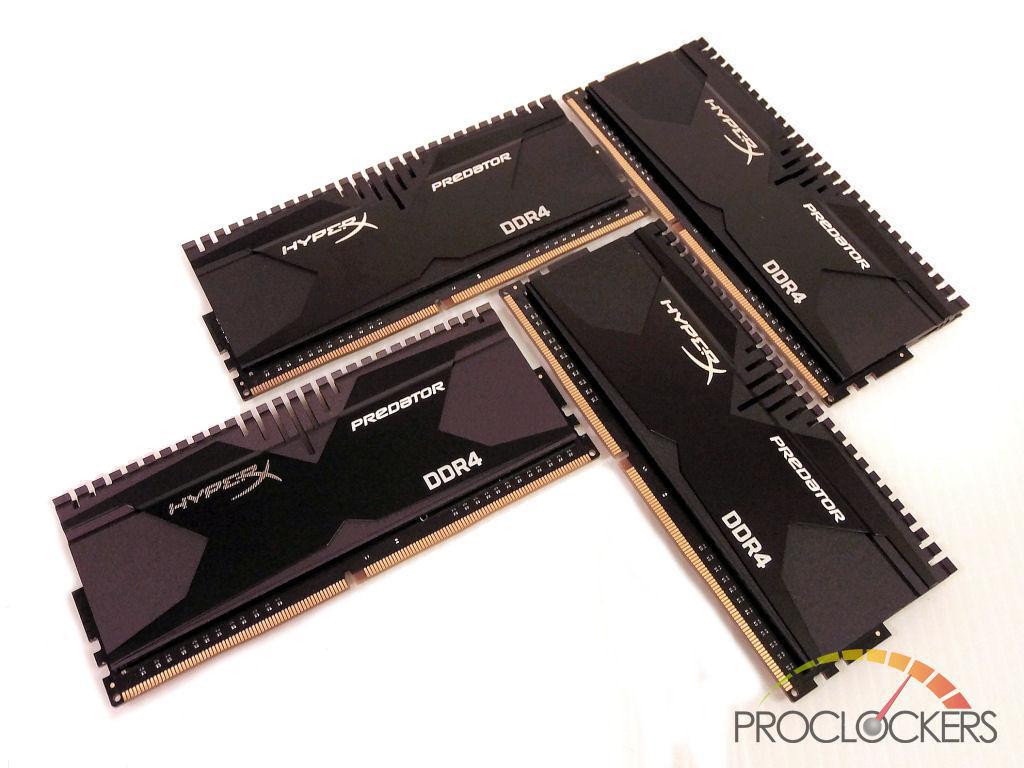 There are very few DDR4 memory kits on the market currently. Kingston’s HyperX Predator features one of the bolder designs. 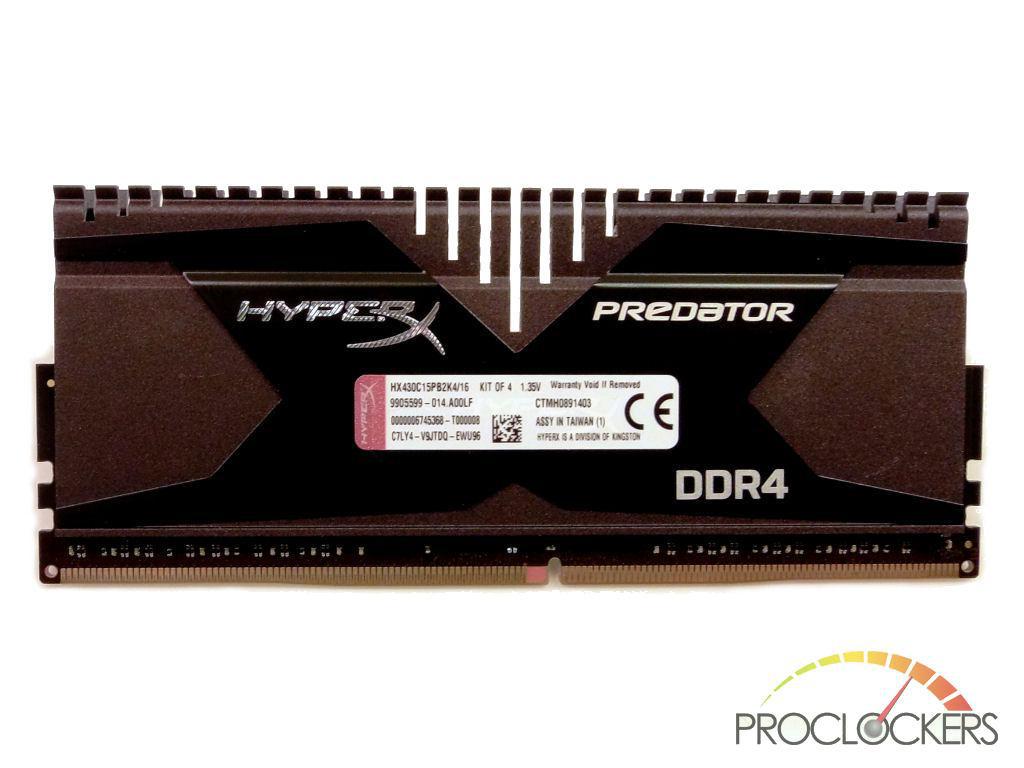 Standing at 54mm tall, the HyperX Predator definitely has a presence. Kingston attaches a label to each memory module that contains all important information regarding that exact module. 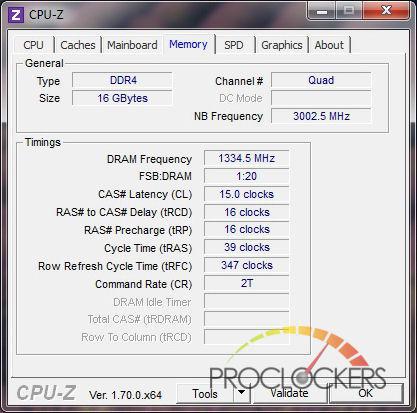 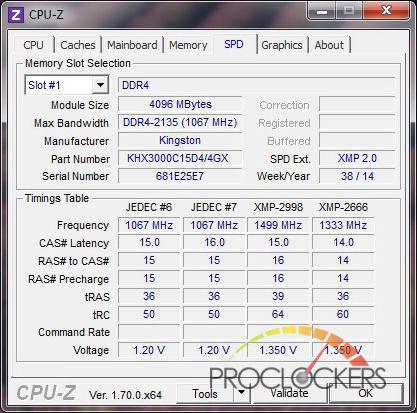 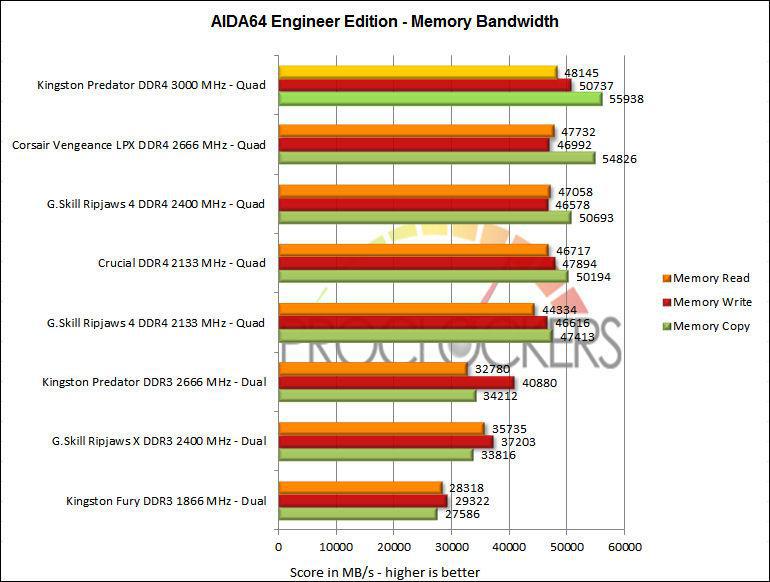 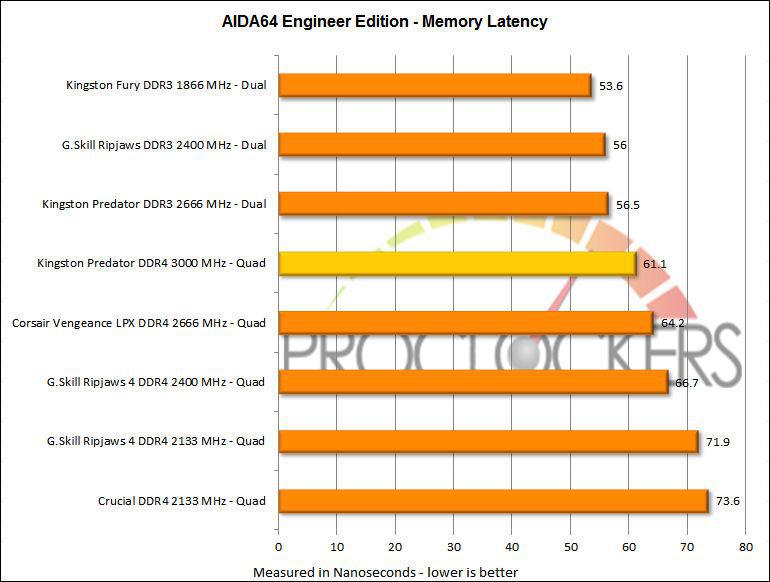 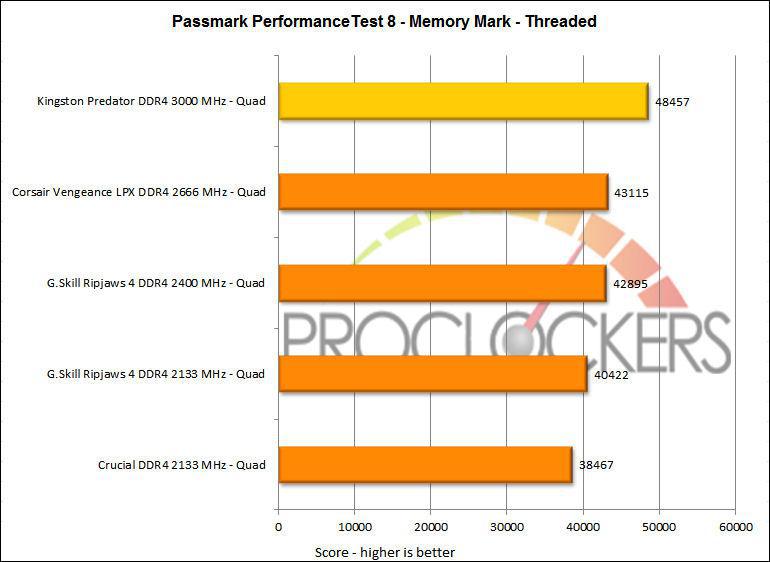 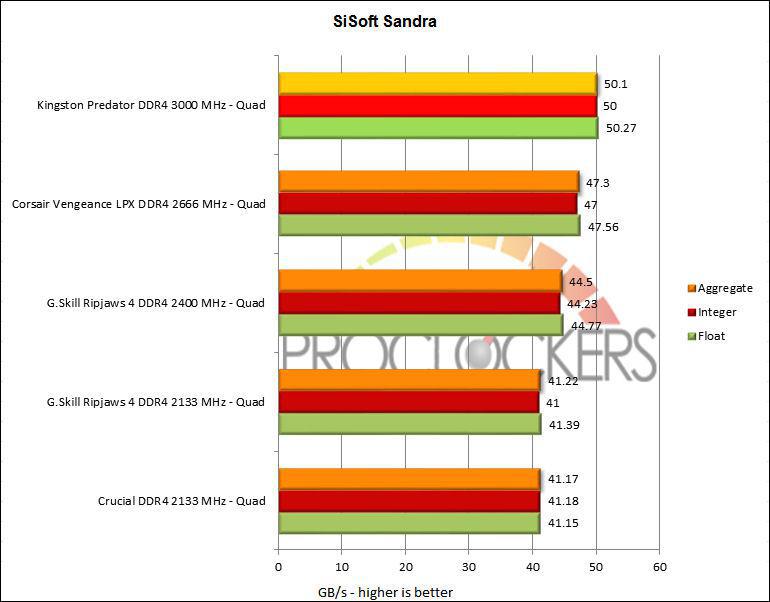 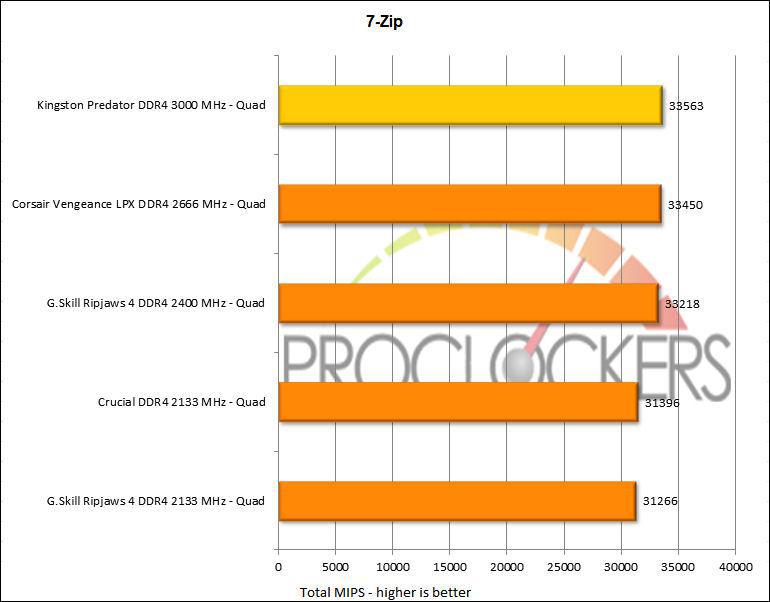 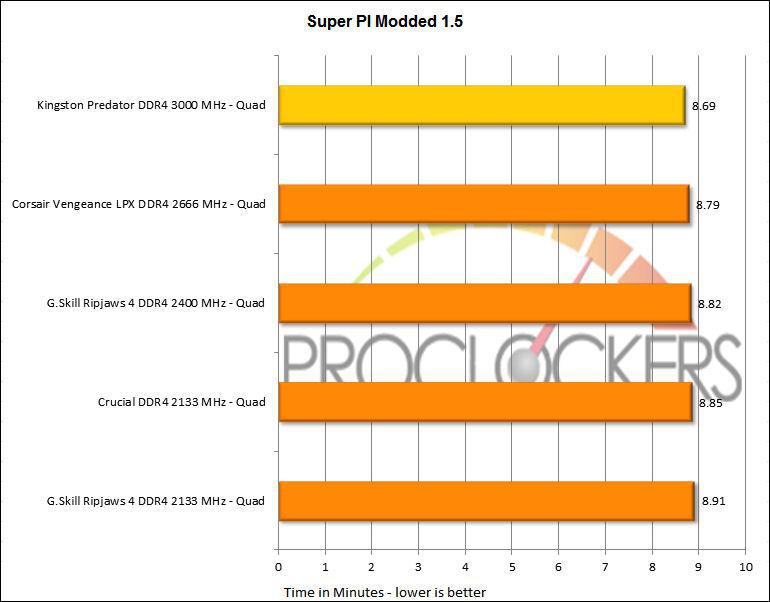 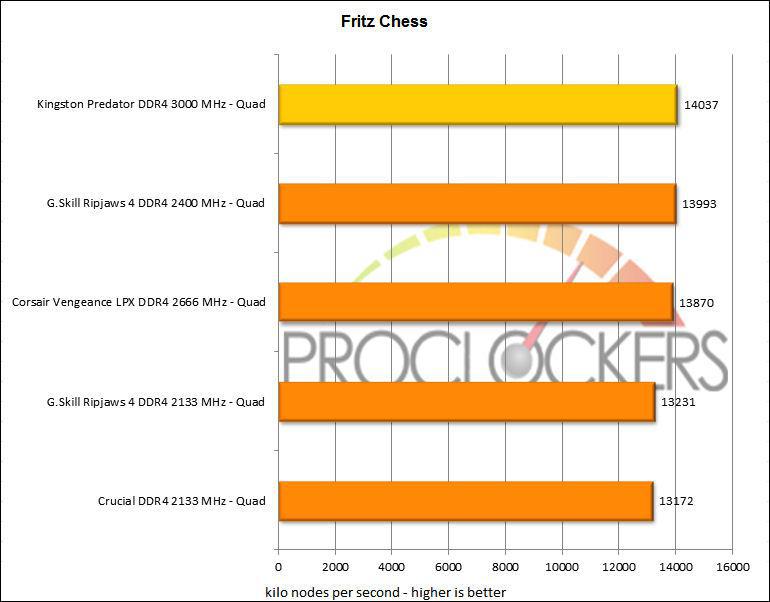 Game testing continued on next page. 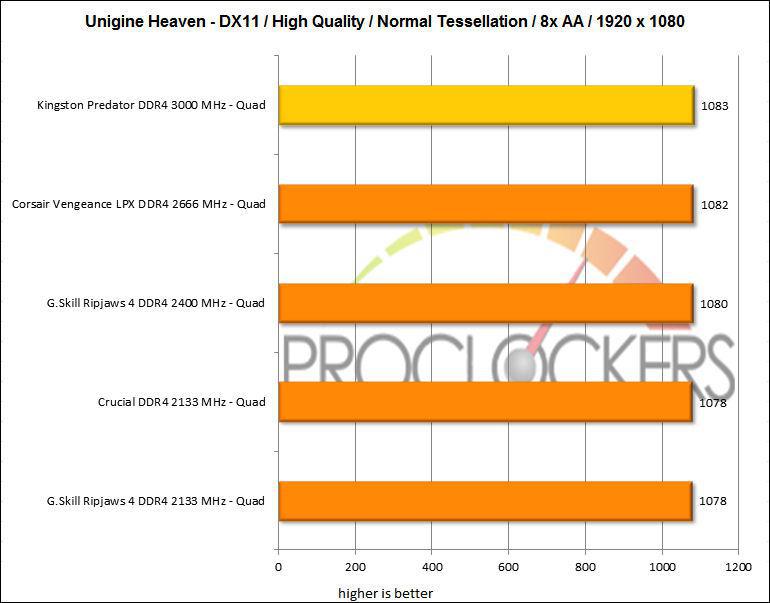 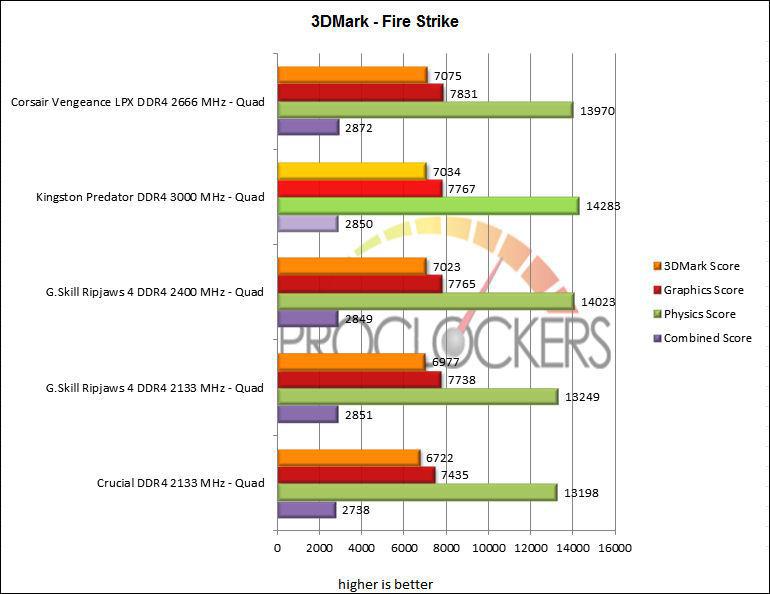 The XMP profile has timings of 15-16-16-39-2T. I raised the voltage from 1.35v to 1.5v, but I was not able to increase the memory multiplier from the original setting of 24 to 26. I loosened the timings to attempt to get even higher clocks, but with limited success. Ultimately, I settled with timings of 15-15-15-38-2T, a BLCK of 127.5MHz, and a multiplier of 24. That yielded a memory frequency of 3060MHz. This offered a noticeable increase in memory throughput. 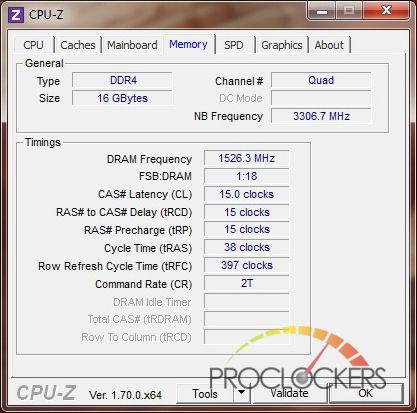 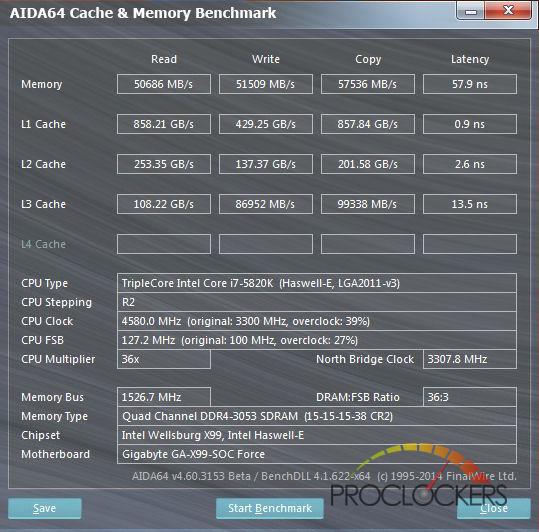 Final thoughts and conclusion are up next

The Kingston HyperX Predator series has been on the market for some time now and I think that says something about how truly impressive it is. There are only a handful of DDR4 memory kits on the market that are available with these extreme memory speeds. This puts the HyperX Predator DDR4 is in a rather exclusive club. The performance at the stock speed of 3000MHz met or exceeded most of my expectations. Adding an additional voltage and tighten the timings strengthened the performance even further.

The  HyperX Predator DDR4 black heatspreaders are some of the tallest I have seen. It is that height that makes them a focal point in almost any system with a side window. It is also that height that could cause clearance issues with many aftermarket CPU air coolers. If you are going to be air cooling your CPU with this memory installed, make sure that you take the Predator’s 54mm tall heatspreaders into consideration. Chances are though; most individuals that will buy this kit will use a more exotic form of CPU cooling.

At the time of testing, I was able to find this kit at Amazon for $279.99. Though quite a bit of money, this is a competitive price. Like all Kingston memory, they feature a lifetime warranty.

Is a Higher Refresh Rate Better for Your Eyes?