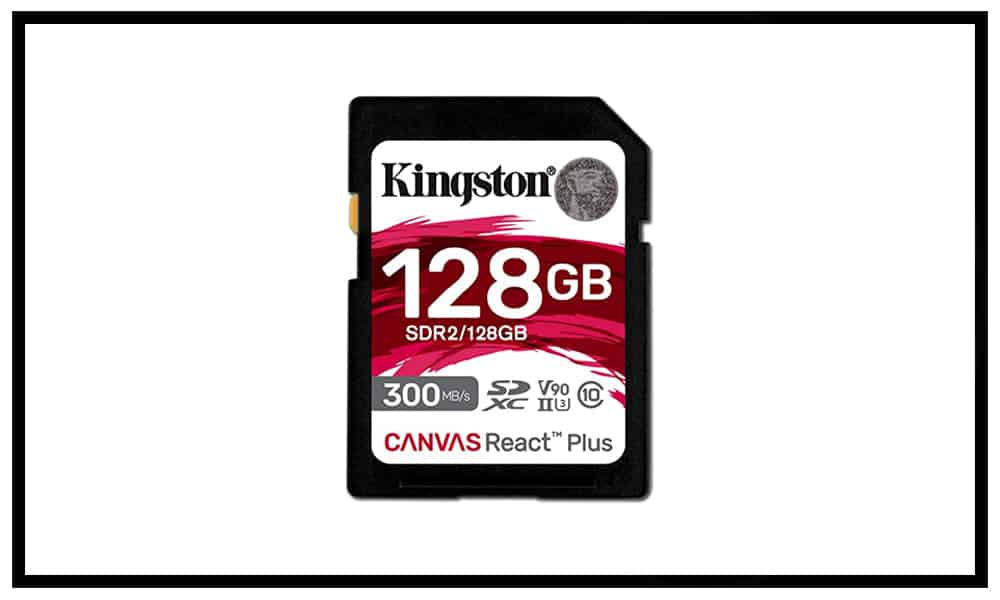 We’re back with week 3 of my SD Card review series, and this time we’re taking a look at another UHS-II card and USB 3.2 SD UHS-II compatible card reader combo pack from Kingston. I like combo kits like this as it allows me to toss the extra USB microSD reader in a spare backpack, camera bag, or drone case, ensuring that I always have a card reader handy in the event I need to dump footage on the go.

Kingston added the Canvas React Plus line of Class 10 UHS-II V90 U3 SD Cards back in March of 2020 with the mobile media creator in mind. This new line of SD cards is ideal for shooting 4K/8K UHD video and burst-mode photography on a DSLR, or with 4K/8K action cameras and drones. Kingston features the Canvas React Plus line in full-size SD as well the microSD format with capacities up to 512GB and claims fast write times of 90MB/s.

From The Manufacturer: The Canvas React Plus 128GB microSDXC Kit

Kingston’s Canvas React Plus SD card delivers high-performance speeds that are designed to work with industry-standard professional cameras for creatives that shoot 4K/8K videos and high-resolution photos. Designed with the latest UHS-II standards and top-of-the-line U3 and V90 speed classes, the Canvas React Plus SD enables you to shoot sequential burst-mode shots with recording speeds of up to 260MB/s. Execute your creativity without experiencing slow speeds and dropped frames while maximizing your workflow and efficiency with the included MobileLite Plus UHS-II SD Reader. With transfer speeds of up to 300MB/s, enhance your post-production process, and handle heavy workloads with ease while capturing cinematic quality in high-resolutions.

Testing Methodology on the Kingston Canvas React Plus 128GB microSDXC

All storage media is fully formatted using Window’s built-in formatting tools and verified to be empty before each benchmark is run. We only run benchmarks once unless the returned results appear to be erroneous, at which time we reformat the storage media, and rerun the benchmark.

ATTO Disk Benchmark (ATTO) – Is a robust hard disk and solid-state storage benchmarking tool. Several options are available to customize your performance measurement, including queue depth, overlapped I/O, and even a comparison mode with the option to run continuously. ATTO Disk Benchmark can be used to test any RAID controller, storage controllers, host adapters, hard drives, and SSD drives, or another solid-state storage medium that interfaces as a drive in your system. 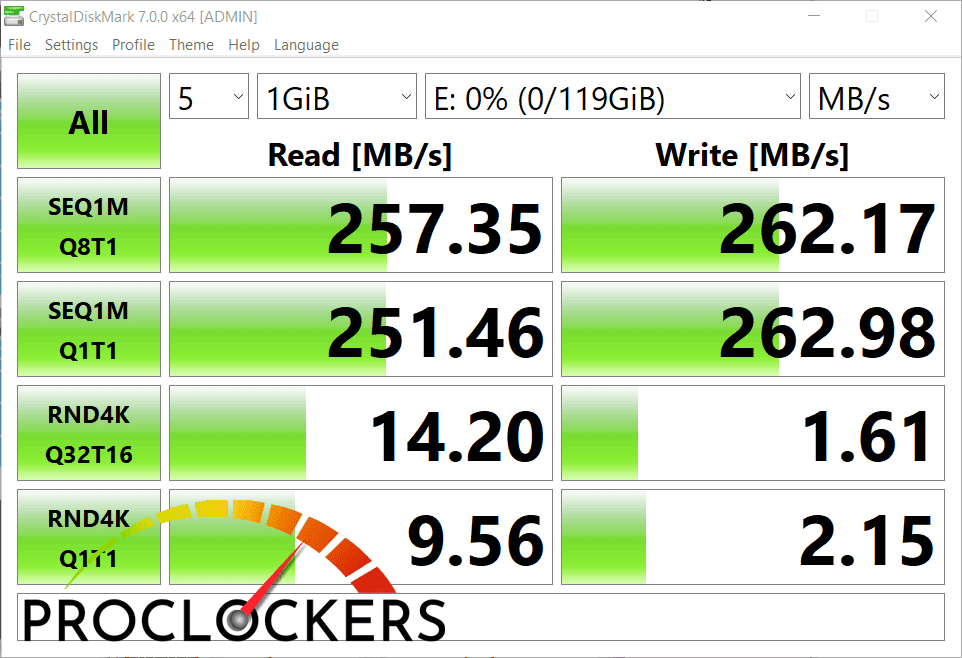 The Kingston Canvas React Plus 128GB SD card scored an impressive 257.35MB/s read and 262.17MB/s on the SEQ1M Q8T1 test, which simulates 8 sequential operations at once utilizing a single thread. This simulates moving large files such as photos or videos from the card to a PC, saving a burst of photos from your DSLR to the card, or writing a continuous video file to the card.

The Canvas React Plus 128GB SD card continued to impress with the random RND4k Q32T16 test with a 14.20MB/s read score, but a 1.61MB/s write score was a bit of a letdown. This test simulates 32 random operations at once across 16 threads and indicates the performance during operations such as reading or writing to and from a database, as one might expect if using the SD card with a single-board-computer such as the Raspberry Pi. 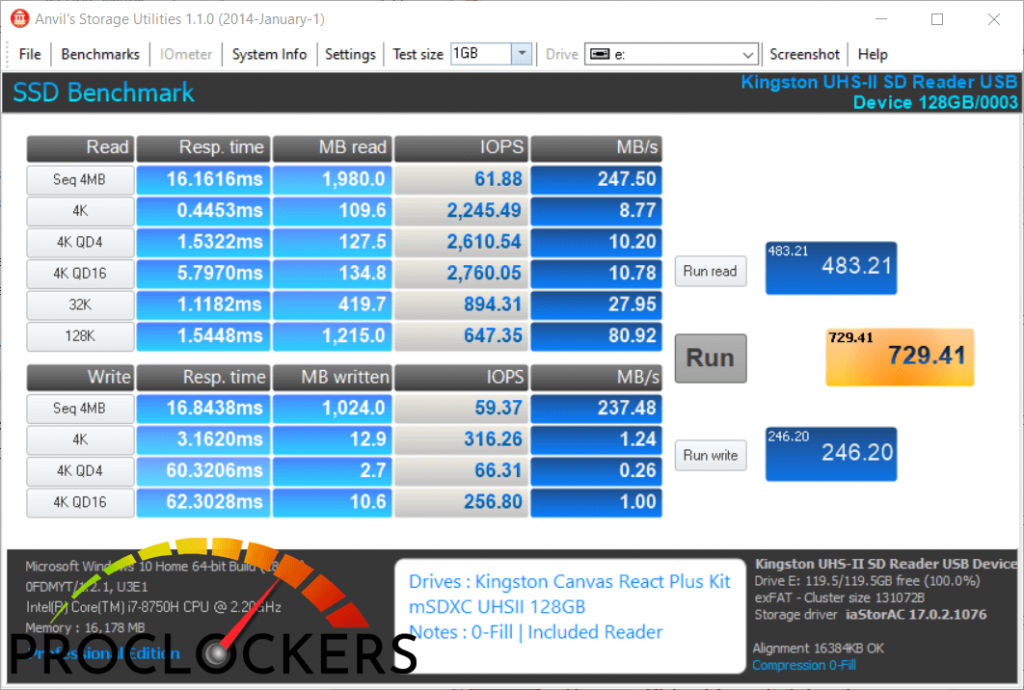 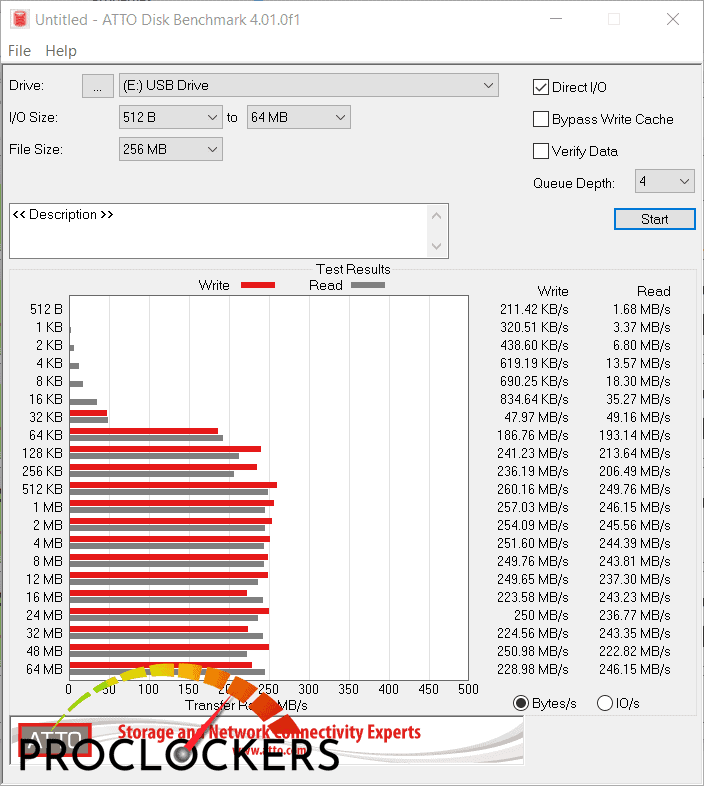 ATTO’s results were once again in the middle of the pack in our testing but were closer to Anvil’s results than what Crystal Disk Mark reported. 4MB sequential read speeds averaging to 251.60MB/s and write speeds averaged to 244.39MB/s. 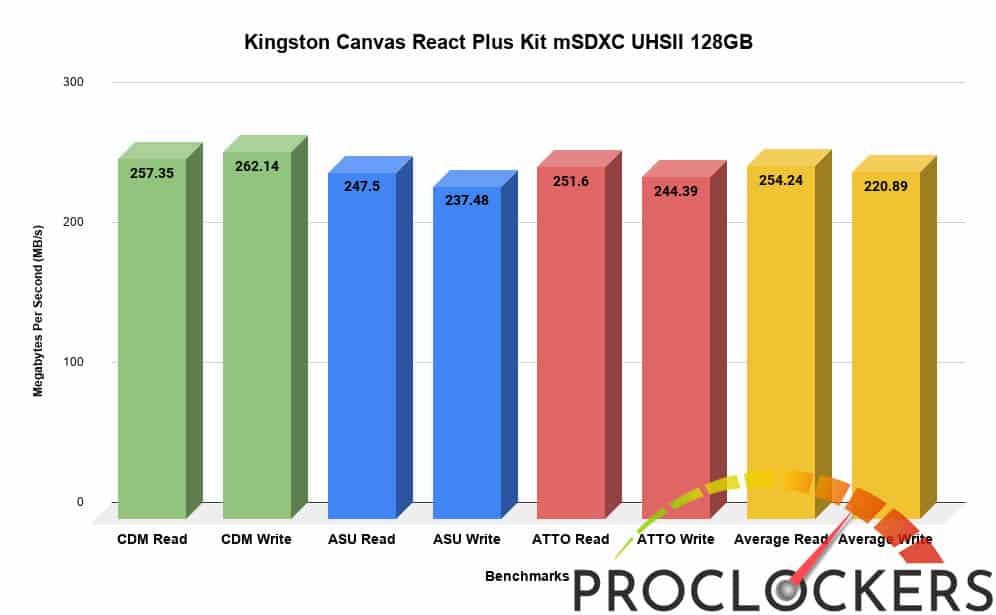 Kingston’s Canvas React Plus 128GB SD card was a solid performer across all of the benchmarks we performed, averaging 254.24MB/s read speeds and 220.89MB/s write speeds. Kingston claims this card is capable of read speeds up to 300MB/s, which is close to the average read speed reported in our testing at just 50MB/s slower.

Data-based benchmarks are great, but how does that relate to real-world usage? The best test I could come up with to test everyday performance that would actually impact my life was to test if the card could keep up with my Canon EOS 80D DSLR in burst mode. With the card freshly formatted in the DSLR, I was able to continuously take photos in burst mode without hitting the camera’s buffer limit. This means that the card was able to accept data from the camera’s data buffer faster than the camera could write new data to the buffer.

Overall the Kingston Canvas Go! Plus 128GB SD card performed exceptionally well and was quite impressive for such a large-capacity card. Retailing at under $80 (at time of publication), this 128GB kit is a great value for anyone looking to add another high-capacity UHS-II microSD as well as a USB 3.2 UHS-II compatible full-size SD card reader. This combo seriously impressed me with its performance, and for that reason, I highly recommend it for anyone looking for a high-quality, high-capacity SD card for their DSLR, action camera, or drone.