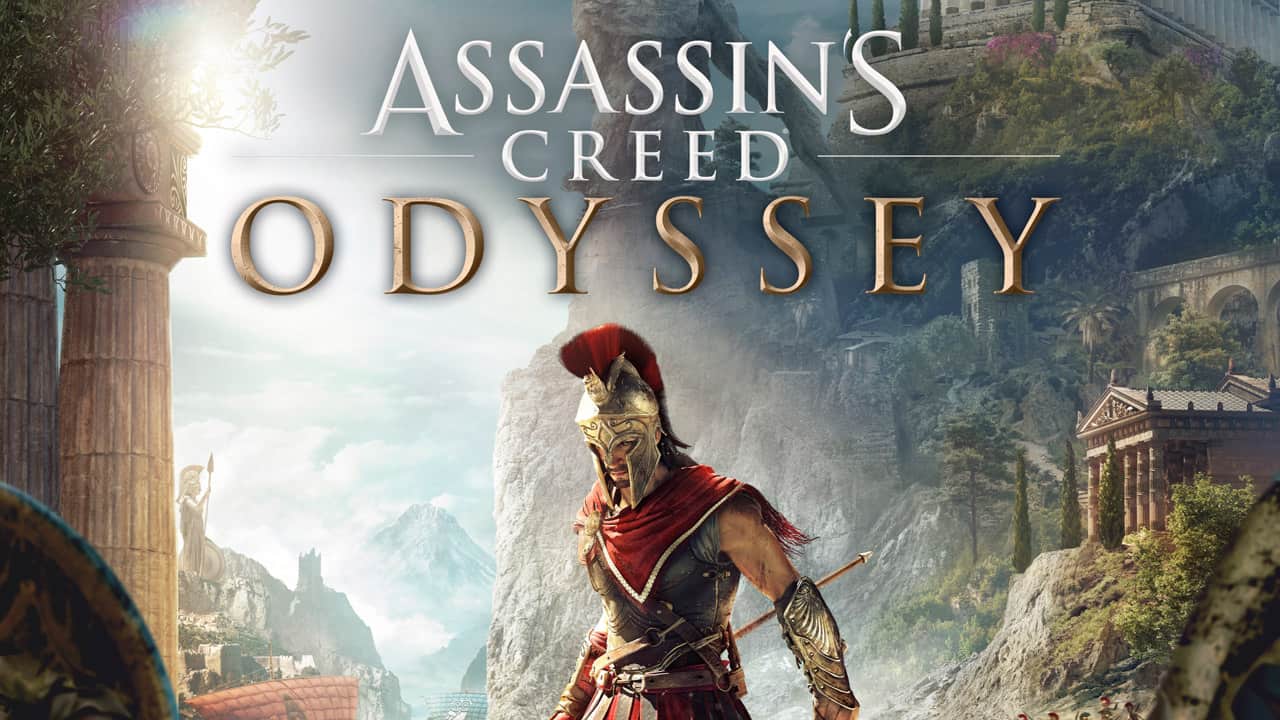 Assassin’s Creed Odyssey is the 11th major release in the Assassins Creed series and follows on from Assassin’s Creed Origins. Developed by Ubisoft, it is an action-role playing game that is set in 431-422 BCE, where a Greek mercenary is controlled with the aim to be reunited with their family.

The game includes more role-playing scenarios compared to previous Assassin’s creed games, where players can choose their story through the game with a range of dialogue options, branching quests and an array of different endings.

Assassin’s Creed Odyssey was the best-selling game in the series in the US within the first week of sales. Odyssey has passed Assassin’s Creed Origins in terms of total sales worldwide, selling roughly 50% more than the previous game.

Assassin’s Creed Odyssey received generally positive reviews, mainly for the game design. It was awarded the Titanium Award for Best Artistic Design in 2018.

Players choose between siblings Kassandra or Alexios (the ‘Misthios’) to play with throughout the story. The main story involves the player trying to restore their family when their siblings were thrown off a cliff by their father Nikolas. The Misthios survives the fall and travels to the island of Kefalonia.

The Mithios then comes across Elpenor, who hires them to Assassinate ‘The Wolf of Sparta’ who turns out to be their father Nikolas. The Mithios discovers that Nikolas is actually their stepfather and chooses whether to execute him or not.

Elpenor then offers him another job to assassinate his mother Myrrine but refuses and moves on. The Mithios travels to Delphi to find out where his mother is, where they are warned that a group known as the cult of Kosmos are looking to kill them and their families.

The Mithios continues to travel through Greece and befriends powerful Greek figures Perkiles and Aspasia, although Perkiles is assassinated by Cult leader Deimos.

They manage to avenge his death by executing Perkiles political rival Kleon. They are also reunited with their mother and their true father Pythagoras. He gives him the task to collect Precursor artifacts to seal the hidden City of Atlantis.

The Mithios heads to the Cult’s secret meeting to destroy the pyramid designed by the Cult to influence Greek politics. Asaparia is discovered to be the leader of the Cult, and the Mithios has a choice to assassinate her or not.

A recording is then collected from the Precursor Aletheia, which that reveals the location of Atlantis.

Story Creator Mode allows players to create their own journeys within the world of Assassin’s Creed Odyssey and can also play other players stories that they have made.

6 different objectives can be used in the stories that include assassination tasks and rescue missions. Over 80 different characters from the game can also be added, which means that all stories will have their own unique features.

The mode is cross-platform, meaning that a player can play a story that was created by another player on a different platform.

Stories are created online through the website, where you can also look at other created stories and edit your own.

A maximum of 20 stories can be made online, which they will then appear automatically in the game. Each one can be tested to see whether it will work before publishing it. Photos can be taken while testing to show the community the features of the created story.

Is There Be A Co-Op/Multiplayer?

The game doesn’t have a multiplayer feature, focusing on the detailed storyline and the choices players can make when playing the game. There is also no co-op mode, both online and local split-screen gameplay.

Which Platforms is Assassin’s Creed Odyssey Released on?

Odyssey was released on Microsoft Windows, PlayStation 4 and Xbox One platforms. A Nintendo Switch version has also been released but only in Japan.

When was Assassin’s Creed Odyssey Released?

For Microsoft Windows, PlayStation 4 and Xbox One, the game was released on 5th October 2018. The Nintendo Switch version in Japan was released the same day.

A story creator mode was released in June 2019, that allows players to create their own quests and missions and share them with other players.