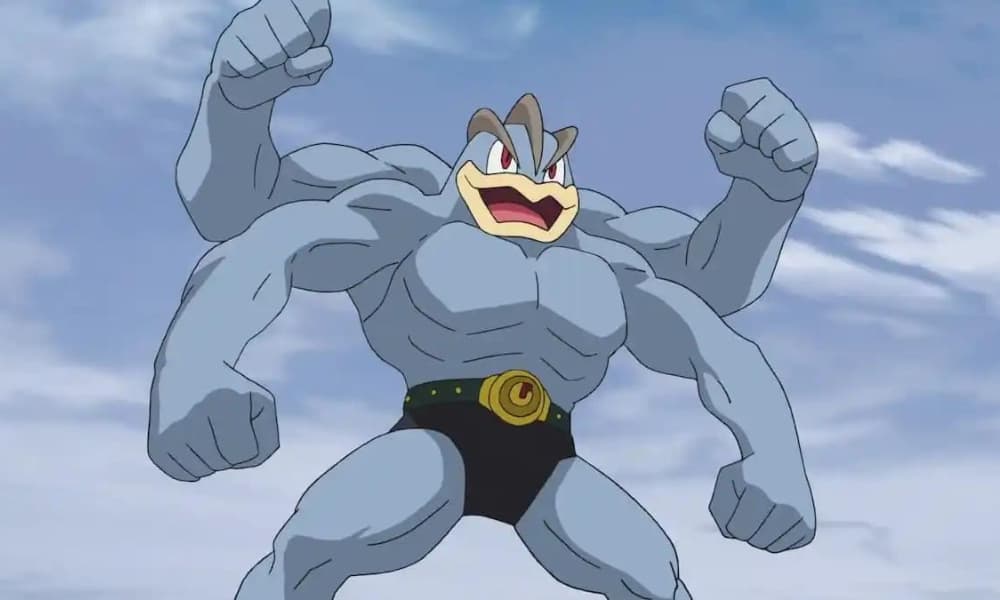 Fighting-type Pokémon are some of the toughest in the game, and they can quickly decimate your team if you aren’t prepared.

This type of Pokémon is specifically designed for fighting, so it makes sense that they would be some of the hardest to take out during a battle.

However, they aren’t without their own set of weaknesses, and if you know how to counter them, you can easily beat any that you come across.

If you’ve lost a battle to a Mankey, you may be wondering, “What are Fighting-type Pokémon weak against?”

When you first come up against one of these Pokémon, it can seem daunting to try and beat them, but the good news is that they do have specific weaknesses you can exploit.

Fighting-type Pokémon are weak against:

Using these types of Pokémon as your starters during a battle against a Fighting-type can help turn the tide in your favor.

Options like Clefairy, Abra, or Hawlucha, one of the best bird Pokémon, can be a good choice to use against a Fighting-type opponent.

However, Fighting Pokémon with Steel as a secondary type may have their weaknesses neutralized, leaving them with a weakness to Fighting, Ground, and Fire types instead.

Similarly, Fighting/Dark-type Pokémon, like Pangoro, will lose their weakness to psychic moves and instead become weak to other Fighting-types.

Whether you’re using a Fighting-type Pokémon or battling against one, you’re going to need to know what they’re resistant to.

This is just as important as knowing what they are weak to since you want to be able to do the most damage possible against them.

The three types of attacks Flying-type Pokémon are resistant to include:

Pokémon using these types of moves against a Fighting-type will only do half the damage, making them not very effective in battle.

You should also keep in mind that Fighting-type Pokémon are super effective against Dark, Ice, Normal, Rock, and Steel types.

Because of this, you definitely don’t want to use any Rock or Dark type Pokémon against them, as your Pokémon will do less damage while receiving 2x damage in return.

While Fighting-type attacks have no effect against Ghost-types, even this can be overcome with moves like Foresight, Odor Sleuth, and Scrappy.

The same Pokémon that Fighting-types are weak against are also resistant to Fighting-type moves, meaning Flying, Psychic, and Fairy-types are good to bring along.

However, Poison-types are also resistant to Fighting-type attacks, so a pure Poison-type like Arbok, one of the best snake Pokémon, could be a good counter as well.

That said, your best overall would still be a pure Flying, Psychic, or Fairy-type Pokémon so that you can maximize the effectiveness of your offense while bolstering your defense.

You really want to cover all your bases when it comes to battling a fighting-type Pokémon!

If you want to take down a Fighting-type, there are many Pokémon to choose from that can get the job done.

However, if you’re new to the franchise, it can seem a bit overwhelming with so many different Pokémon to catch and sort through.

Fortunately, it is a lot easier than it seems, so long as you remember to balance attack effectiveness and weaknesses.

You may also want to consider specific move sets, but we’ll cover more about that down below!

Pokémon To Use Against Flying Types

While there are many Pokémon that are effective against Fighting types, some are better overall than others.

Some of the best Pokémon to use include:

Dual-types like Golbat, one of the best bat Pokémon, can be a good starter choice since they can often have a variety of dual-type moves that can be super effective.

Speaking of moves, you will also have to consider which ones to teach your Pokémon to ensure they can hit as hard as possible.

Moves To Use Against Flying Types

Move types that are aligned to the weaknesses of a Fighting-type will be super effective when used.

This means you should try to set your team up with them as much as possible if you want to maximize your chances of victory.

The best offensive moves to use include:

All of these moves are super effective against Fighting-type Pokémon, and they are the ones you should be on the lookout for when putting together your team.

You can also consider using the psychic-type status effects as a starter to lower the defense and weaken your opponent before tossing in a flying type to finish the job.

However, if you are using a fighting type yourself while playing one of the best Pokémon games of all time, you should definitely watch out for these moves during battle!

Fighting-type Pokémon are some of the heaviest-hitting creatures you can encounter, and you definitely don’t want to take them lightly.

However, they aren’t without their own weaknesses that you can use against them in battle if you set your team up right.

With the right Pokémon and the right moves, you can quickly take out any Fighting-type that crosses your path without risking a loss.

Don’t forget to keep this guide handy the next time you’re playing a Pokémon game if you need help remembering how to take down a Fighting-type.

What Fighting-type Pokémon weakness is your favorite? Leave a comment below.