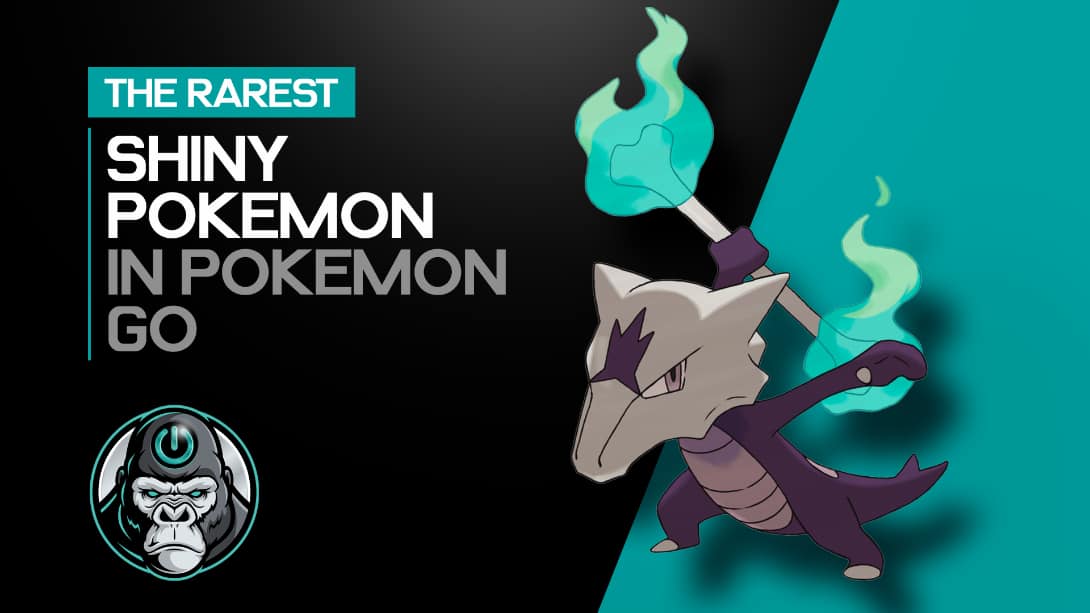 What are the rarest shinies in Pokémon GO?

Pokémon GO is one of the most popular Pokémon games and, due to its interactivity, it has become a game that all ages can enjoy. It also gives you a great excuse to go outside, explore and have fun with your friends!

While the goal of any Pokémon game is to catch your own Pokemon, some are rarer than others, especially the shinies.

Today we’re going to be looking at only the rarest shinies in Pokémon GO and the ones that you should count yourself as extremely lucky to have.

The Rarest Shinies In Pokémon GO

Here’s our list of the 10 rarest shinies in Pokémon GO: 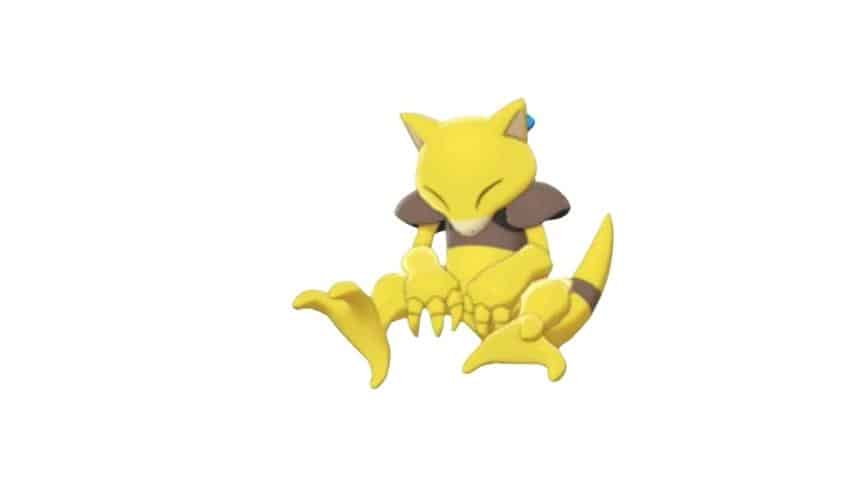 Kicking off our list, we have a Pokémon that was released into the world of Pokémon GO accidentally.

Shiny Abra is a psychic-type Pokemon that originally was released in Generation I with the games Pokemon Red, Pokemon Blue, and Pokemon Yellow, in Pokemon Go, it can evolve into Kadabra if you feed it 25 candies.

Only available for a very brief period, those who managed to catch this rare shiny Pokemon should definitely go buy a lottery ticket.

In addition to having been released as an error, this Pokemon was also extremely hard to catch as Shiny Abra’s programming would cause it to teleport away nearly instantaneously.

Players would have to be both lucky and extremely fast to be able to catch this elusive shiny Pokemon. 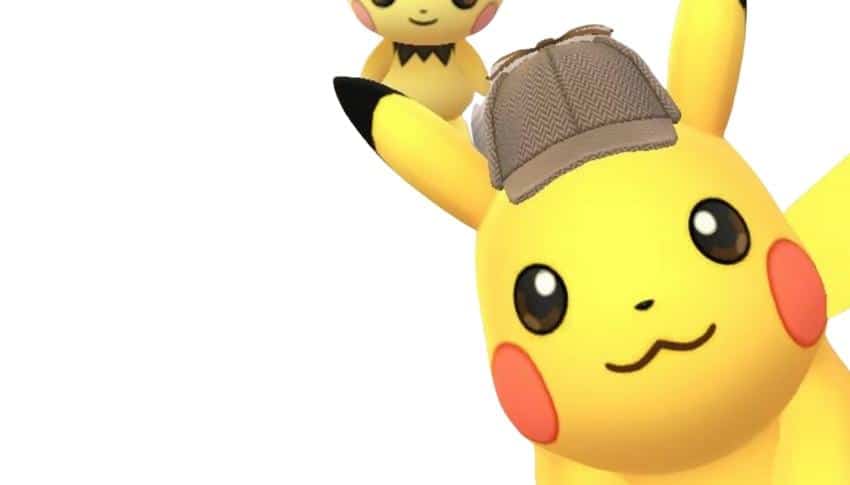 Pikachu has been a staple in the Pokemon franchise since Pokemon Red and Pokemon Blue. It is the most well-known and recognizable Pokemon, and this shiny version is particularly special.

Given how much of a success the Detective Pikachu movie was, it’s no surprise that the Detective version of a shiny Pikachu was added to Pokémon GO.

While there are numerous other Pikachu’s that wear special hats in the game, Detective Pikachu is the rarest shiny version, and it was only available during one of Pokémon Go’s one-time limited events.

Shiny Detective Pikachu also couldn’t be captured out in the wild like others and instead, could only be found when the player was using the game’s augmented camera, which could cause Detective Pikachu to show up, spawning it so that players could catch it. 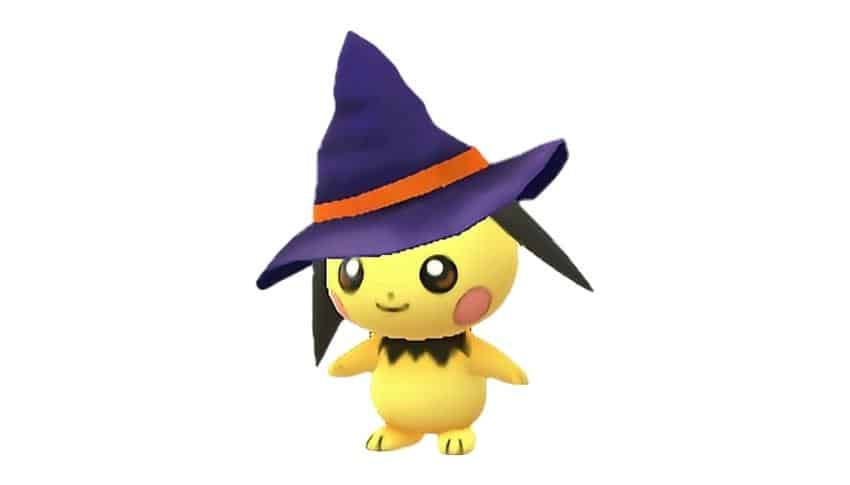 Keeping with the theme of hat-wearing Pokemon, we have the Shiny Witch Hat Pichu.

This small electric-type Pokemon is the base form of Pikachu and it can evolve into its well-known form after being fed 25 candies. However, the shiny witch hat Pichu is going to take a lot of luck to locate.

Finding this shiny Pichu was incredibly difficult and more than a little frustrating, as it was only available during the Halloween events — save for the Pokemon GO festival in August of 2019.

So players who failed to find it during these events have to wait until the next Halloween event for another chance.

If you’re eager to get your hands on this Shiny Pichu, you better start crossing your fingers now, because, even though it’s released annually, unlike shiny Detective Pikachu, you’re still going to need all the luck you can get in order to catch it. 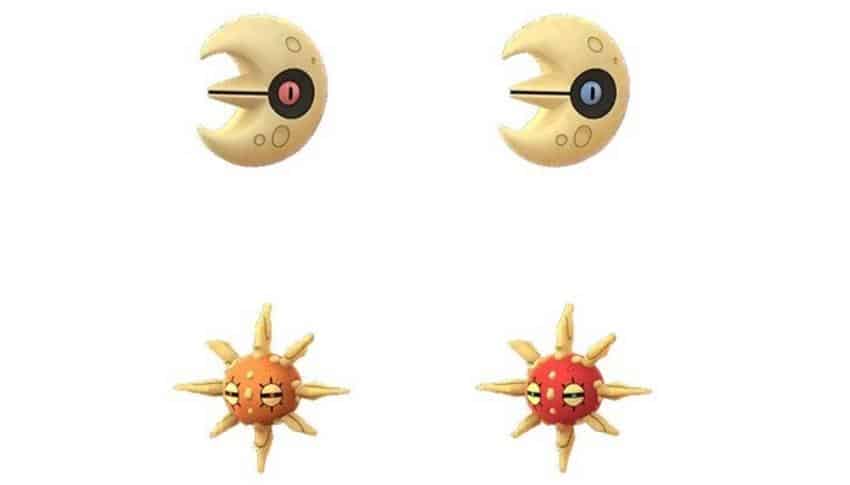 Lunatone is a dual Rock/Psychic-type Pokemon and it doesn’t evolve into or from anything else.

Originally released in Generation III with the games Pokemon Ruby, Pokemon Sapphire, and Pokemon Emerald, Lunatone is a popular Pokémon and many Pokémon GO players would love to nab it for themselves.

Shiny Lunatone was officially released in Pokémon GO during the 2020 Equinox Event along with Solrock and originally it wasn’t available in a shiny version.

However, before the Pokémon GO event kicked off, Lunatone was available only in American and African regions, but during the event itself, the regions switched, making Lunatone and its new shiny version only available in Europe, Asia, and Australian regions.

This was the first time a regional shiny pokemon was introduced and these two pokemon were both boosted by windy and partly cloudy weather, with Solrock having a slightly higher spawn rate during the day and Lunatone at night.

If you weren’t lucky enough to be in one of these regions or at the right place at the right time and weather, you really didn’t have a chance to get this shiny for yourself.

For players in the Western hemisphere, we can only hope that a special event or update in the future allows us a chance to grab this rare shiny Pokémon for ourselves, but so far there isn’t any news of a specific release date. 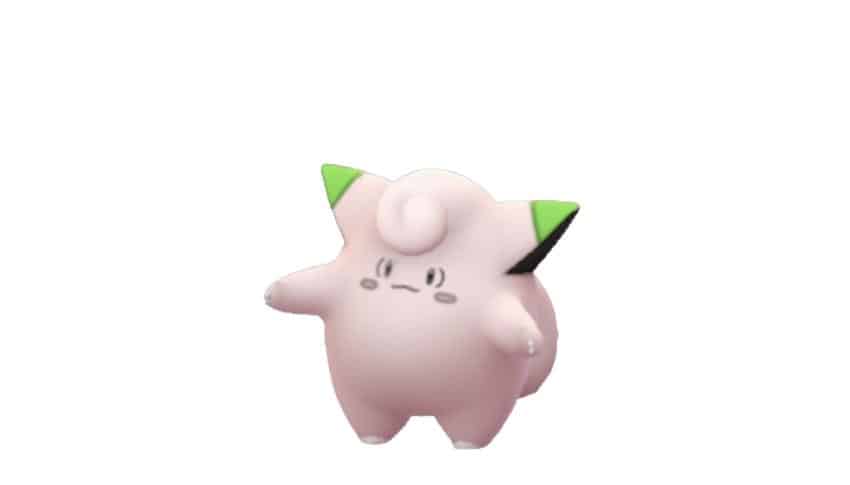 This Fairy-type Pokémon evolves from Cleffa and eventually into Clefable when fed 50 candies, but its shiny variety isn’t so cut and dry.

Similar to Shiny Abra, this shiny Pokémon was released during the Pokemon GO fest and quickly removed due to having been released as an error.

While players can now get their own Shiny Clefairy, they can only do so by catching a Cleffa and evolving it into a Clefairy. It cannot be caught in the wild.

To make things trickier, a shiny Cleffa can only be found by hatching eggs, so you’re going to need to put in a lot of miles and have a lot of luck to get it.

However, some special events have made these eggs available in 2-5km, so it’s worth staying up-to-date with game news so that you know the best times to search.

That said, if you were one of the players who managed to get the Shiny Clefairy during the time when it was released as an error, you are definitely one of the luckiest players and should take solace in the fact that you don’t need to walk around your community every day hoping for a rare egg. 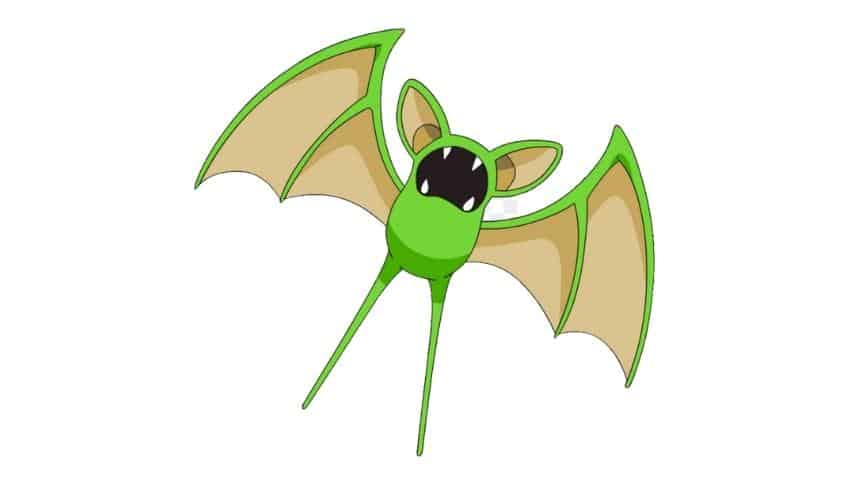 If you take a look at the complete Pokemon games list you can rest assured that every game is filled with Zubats and they have been causing problems for players in caves since Generation I.

All Pokemon players have encountered more than their fair share of this Poison/Flying-type Pokemon, and it is so prevalent in the series that it has even evolved into a meme.

However, despite being the most common Pokemon, shiny Zubat is actually one of the hardest to find in Pokémon GO.

Only available through the Team Rocket GO event that occurred in July 2019, Shiny Zubat had the lowest spawn rate and players were only able to acquire it through research encounters, hatching eggs, and even more rarely, in the wild.

If you have a shiny version of Zubat in Pokémon GO, you should proudly show it off because it is extraordinarily rare to have. 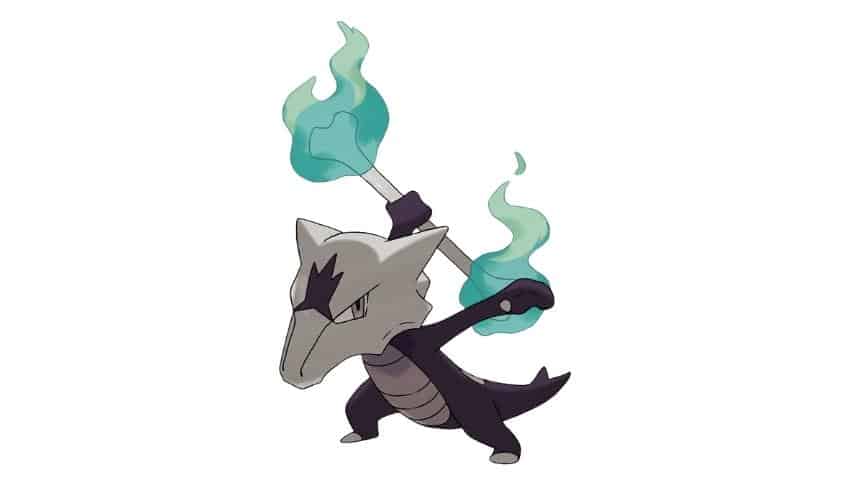 This Ground-type Pokemon is another that has been around since Generation I, and the Alolan Pokemon version has a regional Fire/Ghost form that is available as a shiny version in Pokémon GO.

This fiery Pokemon is so incredibly hard to find and most players will never be able to add one to their teams, as it is one of the rarest Pokémon in Pokémon GO.

The Shiny version of Alolan Marowak is only obtained through raids since there are no Alolan Cubones that exist to evolve it naturally. You are going to have to have a lot of patience and luck if you want to find this shiny.

However, if you’re really set on finding one, there is no specific time or event that you need to wait for.

Instead, you just have to keep completing raids and hoping for the best, though you will have a slightly higher chance of finding one on Community Day, so you may want to plan accordingly. 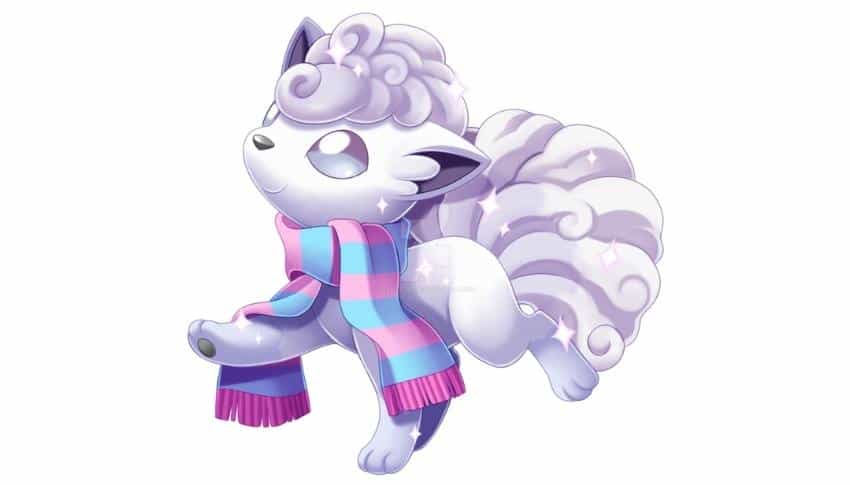 Vulpix is one of the most adorable Fire-type Pokémon that evolves into Ninetales if you feed it 50 candies.

However, in Pokémon GO, there is also an Alolan Ice-type variety of this Pokemon that originally could only be found through hatching 7km eggs, which is about a 4-mile hike.

Thankfully, for those of us who enjoy skipping leg day, this has since changed, allowing players to be able to catch Alolan Vulpix in the wild.

While that definitely does make things slightly easier, due to the extreme rarity of this shiny Alolan Pokemon, it can still be a huge challenge to find one.

That said, during the holiday season, between December 23 -31, there is an increased spawn rate for this rare shiny.

Although if you’re living in the Northern hemisphere during this time you may just want to settle for playing one of the other best Pokémon games, instead of wandering around in the cold hoping to get your hands on this rare shiny.

This Poison-type Pokemon has been around since Generation I, and its Pokemon Crystal Pokedex description explains that it’s a docile female that isn’t afraid to fight back if it’s threatened.

Fittingly, the shiny form of this Pokemon was released in 2018 on Female Day, a mini-event in Pokémon GO that celebrated the International Day of the Girl Child, which helps bring awareness to the issues girls and women face around the world.

This event featured the release of numerous female Pokemon and the shiny versions of Nidoran, Nidorina, and Nidoqueen.

While these two aren’t able to be found in the wild, having only been available to catch during the event, you can still get a shiny Nidorina or Nidoqueen if you are lucky enough to catch a shiny Nidoran and evolve it.

While this will take a lot of time and effort, the upside is that you have a chance to catch them throughout the year without them being limited to a specific event or month.

The spawn rate has also been increased before on Pokémon Day in 2020, so fingers crossed we get another boost in the future! 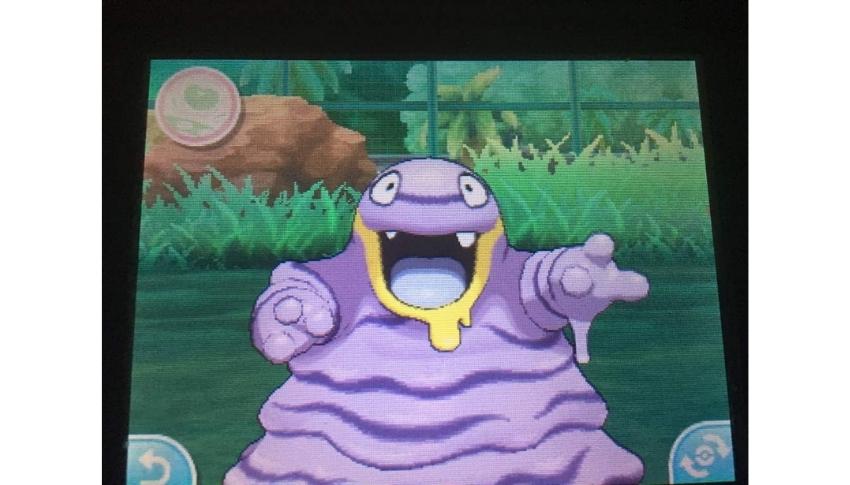 Alolan Grimer is a dual Poison/Dark-type that was released along with the other Alolan Pokemon during the Third Anniversary event in Pokémon GO.

Similar to the Alolan Vulpix, the shiny Alolan Grimer was only available through hatching eggs, which required a lot of walking to both find and hatch.

However, unlike the Alolan Vulpix, which players can now rarely find in the wild, this shiny form of Alolan Grimer is still unavailable to catch as it is.

While players can hope that an update will make this Pokemon more accessible, no changes have been slated to come out as of yet, and no special events have caused it to become more common.

That doesn’t stop us from hoping though!

Pokémon GO is an incredibly engaging game and it really makes players work hard to get the Pokémon they want.

While catching any of the rarest Pokémon takes a bit of skill, these 10 shiny versions are incredibly rare and players who have managed to get their hands on them should count themselves extremely lucky.

That said, if you haven’t been able to get a shiny for yourself, you shouldn’t get discouraged.

Pokémon GO is always coming out with new updates and hosting special events that allow players to catch new and rare shinies. Just because you haven’t gotten lucky yet, doesn’t mean you shouldn’t keep your fingers crossed and keep trying!

Here’s a quick recap of the 10 rarest shinies in Pokémon GO:

What are your favorite shinies in Pokémon GO? Leave a comment below.

The 10 Best Pokémon Emulators for PC